(May 11, 1870-Dec. 8, 1933). Born in St. Louis, Missouri, of French and Irish ancestry, Chartrand enrolled at St. Louis University, St. Francis Seminary in Milwaukee, and the University of Innsbruck. He completed his studies at St. Meinrad Seminary in southern Indiana (1891), and the next year Bishop Francis Silas Chatard ordained him a priest in the present Blessed Sacrament Chapel, Ss. Peter And Paul Cathedral. 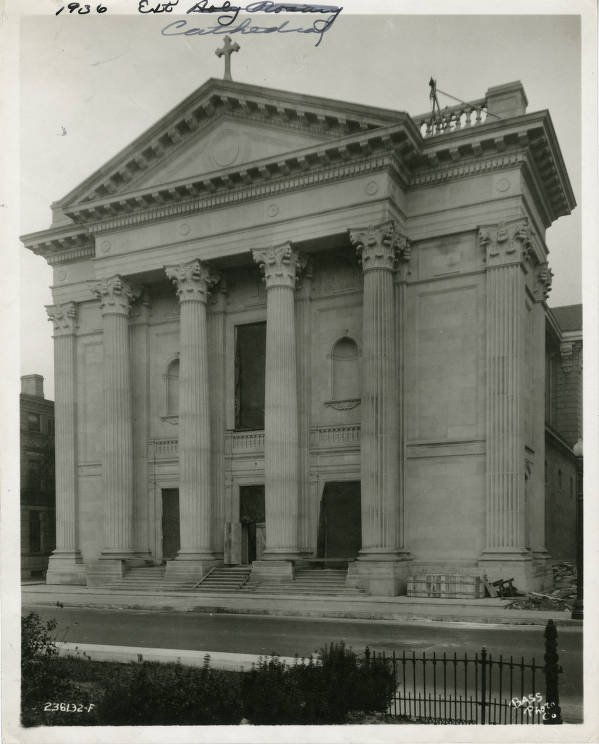 His entire clerical life was linked to the Cathedral. He resided there as secretary to the bishop and as rector supervised its construction (1905). Consecrated coadjutor to Chatard in 1910, he assumed administration of the diocese on behalf of the aged and ailing bishop. He founded Cathedral High School with a $50,000 purse presented him to mark his silver anniversary of ordination (1917) and succeeded Chatard as bishop on September 7, 1918.

Chartrand combined personal sanctity and interest in the welfare of parishioners with participation in ecclesiastical politics (four of his priests became bishops) and lack of concern for the financial condition of the diocese. Generous to a fault, he encouraged frequent reception of the Eucharist and devotion to the Virgin Mary, spent hours daily hearing confessions, attracted large crowds whenever he preached, and was generous to a fault.

Convinced of the benefits of Catholic education, he required children to attend Catholic schools. In other matters, he willingly abrogated church laws for pastoral reasons. He personally distributed thousands of devotional books and increased the number of priests in the diocese from 246 to 345 during his episcopate. In 1925 Pope Pius XI appointed him Archbishop of Cincinnati, but he declined the appointment to remain in Indianapolis.

Suffering from diabetes and poor eyesight, Chartrand died of a heart attack at the Cathedral rectory and was buried in the Cathedral crypt in the presence of 29 bishops. In 1976, he was reinterred in the mausoleum chapel of Calvary Cemetery.

During the 19th century, Indianapolis belonged to the diocese ...Read More »