Castleton is a northeast side neighborhood located on East 82nd Street in Lawrence Township. The congested commercial district of Castleton today bears little resemblance to the village founded in 1852. In that year, Thomas Gentry sectioned off nine lots 12 miles northeast of the Circle. Twenty-three years later, Dave Macy platted an additional 16 lots. The area became the town of Castleton.

The small town grew and prospered as a brick-making and charcoal center, as well as a service center for farmers and travelers. Methodist residents built the first brick church in 1874. A gas well was first drilled in 1886 and the grain elevator and railroad depot did a brisk business. Castleton Grade School, built in 1910, became a landmark in northern Marion County. Just outside town, Alex Tuschinsky, a German immigrant, opened Hillsdale Nursery in 1917. The first recorded town board meeting occurred in 1906. By 1950 Castleton claimed 268 residents. At the end of that decade, however, zoning for light industry brought the first hint of change to the town, although residents could not have anticipated the magnitude of those changes.

In 1965, the Indiana General Assembly passed a law creating a uniform zoning board for Marion County; Castleton was designated a commercial area. The construction of I-69 and 1-465 at 82nd Street brought down the Methodist church, Masonic Temple, and Castleton Grade School. In 1970, Castleton became part of Greater Indianapolis when Unigov expanded the city’s limits to include all of Marion County. Then, in 1972, the 104-acre Castleton Square Mall opened, the largest shopping mall in Indiana. 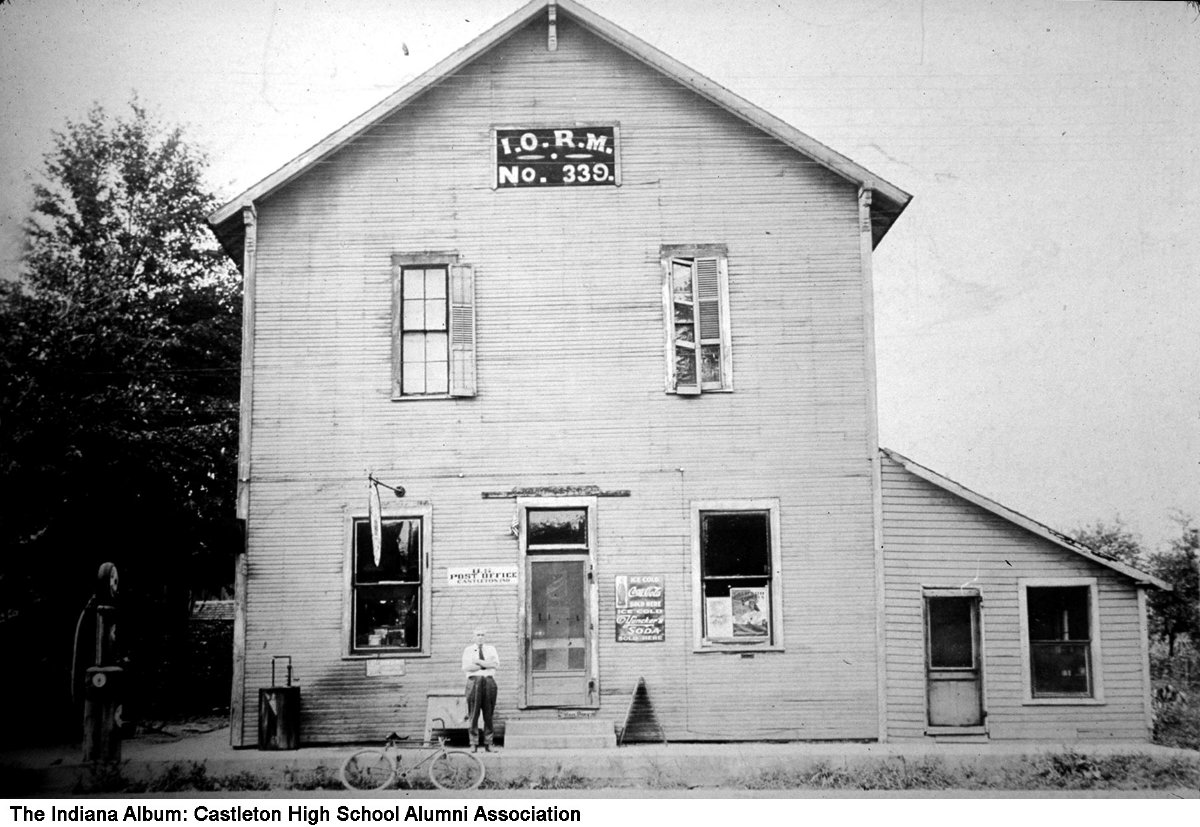 During the 1970s and 1980s, Castleton rapidly developed into a commercial suburb. By the early 1990s, its 19 shopping centers within two square miles made it the most intensively developed retail district in the county. As commercial development moved in, townspeople moved out. By November 1991, when the town council voted to dissolve, there were only 37 residents remaining. Changes in retailing threatened the premier shopping site, Castleton Square Mall, in the first decades of the 21st century with the closure of Sears and other large stores, but the area remained a prime location for commerce.

Despite being highly commercialized, the area also is residential. Many apartment complexes and subdivisions were built in the area during the 1980s and 1990s.

The one line of the Norfolk and Southern Railroad ...Read More »

Allisonville is a suburb centered near the intersection of 82...Read More »