Curtiss (later Curtiss-Wright) Flying Service leased part of the field for air passenger service operations and a flying school. Curtiss’ manager was Captain Weir Cook, another Indiana National Guardsman for whom the city’s second municipal airport would later be named. Stout Field was established as one of 12 stops along a Transcontinental Air Transport (TAT) route from New York to Los Angeles. Passengers traveled by train at night and by air during the day in an almost non-stop trip across the country.

A larger airport was needed, and Stout Field could not be expanded to the necessary size. So the city purchased 1,000 acres on the site of today’s Indianapolis International Airport, opened a new municipal airport there in 1931, and the state purchased Stout Field. Both Curtiss and TAT moved to the new site even before it was formally dedicated.

During World War II, the U.S. Army Air Corps (later the U.S. Army Air Forces) leased the field for one dollar a year from the state, and it became Stout Field Army Air Base. The new Troop Carrier Command was established at Stout, and the group conducted training and directed worldwide air transport operations from there throughout the war. 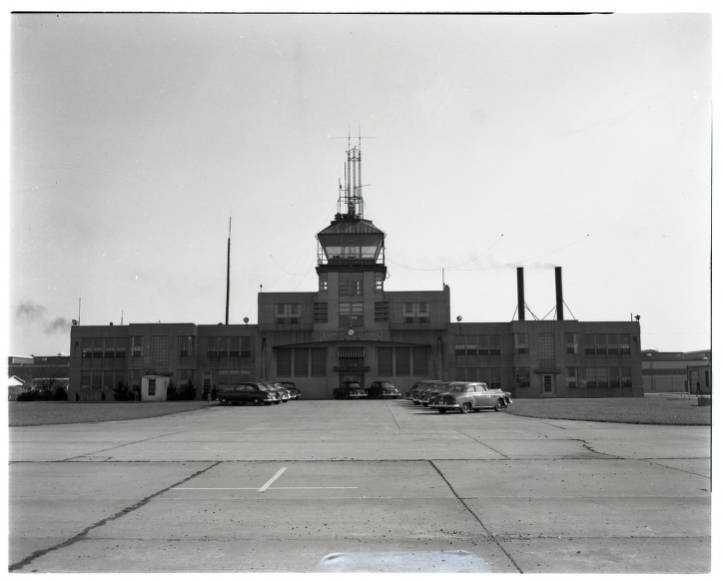 Following the war, the Indiana State Police moved into Stout. In 1948, additional land was purchased to the west for runway extensions, but, in 1953, it and much of the former field proper were sold because of the inability to handle military jet aircraft. In 1964, following a State Police relocation, the Indiana National Guard headquarters moved to Stout. In 1971, the National Guard’s last air operations were moved away from the field.

In December 1977, the Indiana National Guard opened the largest armory constructed in the nation to that date since World War II at 3912 West Minnesota Street just north across the street from the original Stout Field proper. The following year, both the motor armory and the artillery armory on the city’s southside were sold.

By the 1980s, the Indiana National Guard Headquarters and the United States Property and Fiscal Office (USPFO) (which moved to Stout Field in 1951) had outgrown their space and needed to expand. Two new buildings, the USPFO building and the Headquarters building were constructed at Stout Field in the late 1980s and dedicated on May 6, 1990.

During the summer of 1928, the Indianapolis Chamber Of Commerce ...Read More »

Although one author declared Indianapolis “among the best prepared” ...Read More »

The Indiana National Guard traces its beginnings to 1801 when ...Read More »