Though the English were among the earliest immigrants to arrive in Indianapolis, they never formed a very large proportion of the city’s population. Despite their limited numbers, however, the English played a very significant role in the growth and development of Indianapolis. The census of 1850 enumerated only 59 English-born persons for Center Township, Marion County. This was only 4 percent of Indianapolis’ foreign-born people and a mere 0.6 percent of the city’s total population. At the same time, the Germans in Indianapolis outnumbered the English by over 15 to 1. The Irish and Scots also outnumbered the English. Of course, residents of English ancestry were more numerous, although it is unclear how many people fit this description.

Throughout most of the 19th century, Britain was the world’s leading industrial nation, and hence the English brought with them certain skills and manufacturing techniques that served the city’s economy well. The Indianapolis-based United States Encaustic Tile Works, for example, established in 1877 to make decorative floor tiles, was based very largely on the skills of English workers, and in the 1880s the firm’s superintendent visited England and returned with more English workers who had the specialized skills that the factory needed.

The English in Indianapolis also provided valuable skills and experience in engineering, machine-making, iron-making, and textiles, as well as many preindustrial craft occupations, particularly the building trades. Some became wealthy and highly prominent citizens, among them John Martin, a young skilled builder and slater who left Lancashire in 1848 and settled in Indianapolis in 1849. Martin was one of the city’s most prominent builders ever, for among his buildings were the Grand Opera House, north western Christian university, hospitals, libraries, and many of the largest mercantile establishments. He also was a generous philanthropist. 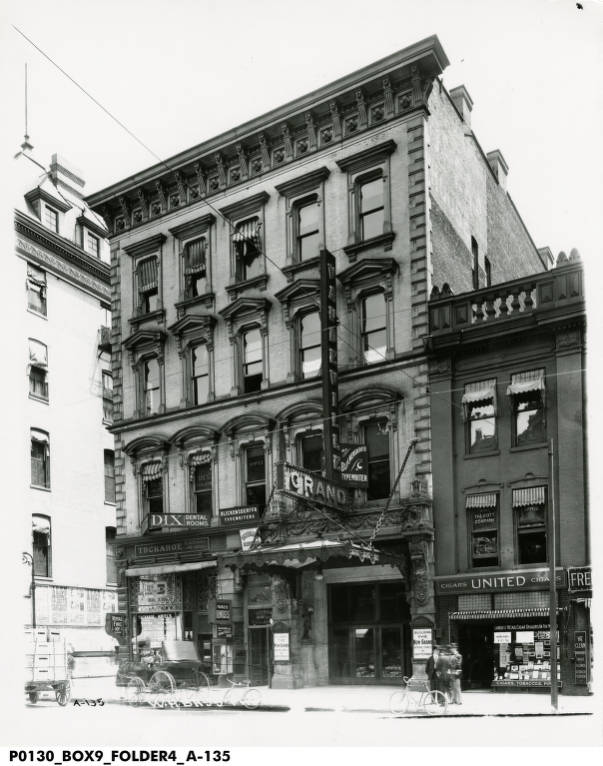 Another English immigrant, George Marott, came to Indianapolis in 1875. Starting out in the shoe business, Marott eventually came to own many large businesses, including the Marott Hotel and the Marott Department Store Company, and by 1910 he was worth over $2 million (over $55 million in 2021 dollars). The English also entered the legal and other professions in disproportionately high numbers, and they were among the leading newspaper editors. James Swain, who came from Leicestershire to Indianapolis in the late 1830s, helped start the Indiana State Sentinel, and Elijah Halford, who left Nottingham and came to Indiana in 1861, later became the editor of the Indiana Journal.

What distinguished the English from other immigrant groups in Indianapolis was the fact that they shared the language and culture of the native-born people of the city. More than any other group, the English could “blend in” with the city’s natives, and experience social integration and assimilation more quickly. The English did not form ethnic enclaves or neighborhoods as did non-English-speaking groups, and their rate of intermarriage with the native-born was noticeably higher. Generally, the English were seen as “cousins” rather than foreigners.

By 1880, the number of English-born in Indianapolis approached 1,000 and then briefly exceeded that number in the early 20th century. At their peak number, the English accounted for roughly 7 percent of the city’s foreign-born population. After World War I, English immigration to Indianapolis waned as British emigrants turned their attention away from the United States as a destination and toward all the realms and territories of the British Empire.

During the Great Depression, it is likely that more English people living in Indianapolis returned to England than arrived, and thereafter English immigration remained very low. But those who did come to Indianapolis after World War II included higher proportions of skilled and professional people. They were part of the so-called “brain drain” from Britain to America. During the 1950s and 1960s, especially, English people with professional, technical, or managerial skills—mainly doctors, academics, nurses, engineers, and secretaries— found greener pastures in Indianapolis’ expanding hospitals, universities, and corporations than they saw in England. Some left England because of the comparatively rigid hierarchical tradition in English society, while others were exasperated with the higher taxes under Britain’s Labour governments and what they saw as progressive dependency in society.

By the late 20th century, the number of English immigrants fell again to only 70 by 1980. Available evidence suggests that during the period of highest English emigration, Yorkshire was the most common county of origin, followed by Lancashire and, in later years, the London area. Today, organizations such as the English-Speaking Union of Indianapolis promote the “special” Anglo-American relationship by sponsoring exchange students between England and Indiana, and thereby contribute to the long tradition of interaction between the people of England and those of the city of Indianapolis.

Although much of the U.S. press called for ...Read More »