Speedway is a Marion County town located about seven miles northwest of Monument Circle. In 1912, real estate developer Lemon Trotter laid out Speedway City for his clients Carl G. Fisher, James A. Allison, Arthur C. Newby, and Frank H. Wheeler, founders of the Indianapolis Motor Speedway. They envisioned an attractive “horseless city” of automotive industries and workers’ homes adjacent to the racetrack. Trotter designed an expansive Main Street with a commercial district on the west side and industrial facilities on the east side of the new community.

Speedway’s future was secured when industries moved to the area. The Prest-O-Lite Company, owned by Fisher and Allison, opened an acetylene cylinder factory as Speedway City was platted in 1912. Within a few years, four additional factories were built: the Electric Steel Company (1913), Allison Engineering Company (1917), American Art Clay (1919), and Esterline Angus (1923). Though some of the company names and products changed over the years, these firms provided residents with secure jobs and a strong tax base.

In 1926, residents of Speedway City petitioned for incorporation as the Town of Speedway. Four years later, the town numbered over 1,400 residents. Though the Great Depression slowed residential and commercial expansion, World War II brought lucrative government contracts for local industries and more jobs. By 1950, about 5,500 people lived in Speedway.

The town’s most intensive period of growth occurred from 1950 to 1970, when the population nearly tripled. Apartments and single-family limestone and brick ranches were built for new residents. With the influx of families came the need for additional schools. Formed in 1928, the school corporation expanded in the 1950s and 1960s to include four elementary schools, one junior high, and a senior high school. School population peaked in the early 1970s but stabilized in the 1990s through to the early 21st century at around 1,500 students. St. Christopher’s Catholic School also serves Speedway students.

Over the course of the early 21st century (especially the 2010s), the Main Street area of Speedway underwent a major redevelopment, introducing improved infrastructure (in the form of a realignment of 16thStreet, and Georgetown and Crawfordsville roads) and a number of restaurants to draw in the Indianapolis and race crowds.

Speedway is best known for “The Track” at the edge of town. The Indianapolis Motor Speedway provides jobs for residents and a vital economic boost—as well as some municipal headaches—to the community, especially during the months of May and August.

Residents of this middle-class town have successfully resisted annexation by Indianapolis, preferring to remain one of the Excluded Cities under Unigov. An elected five-member town council governs Speedway and supervises the school system. The 4.2-square-mile town maintains its own police and fire departments, library, water company, and wastewater treatment plant. 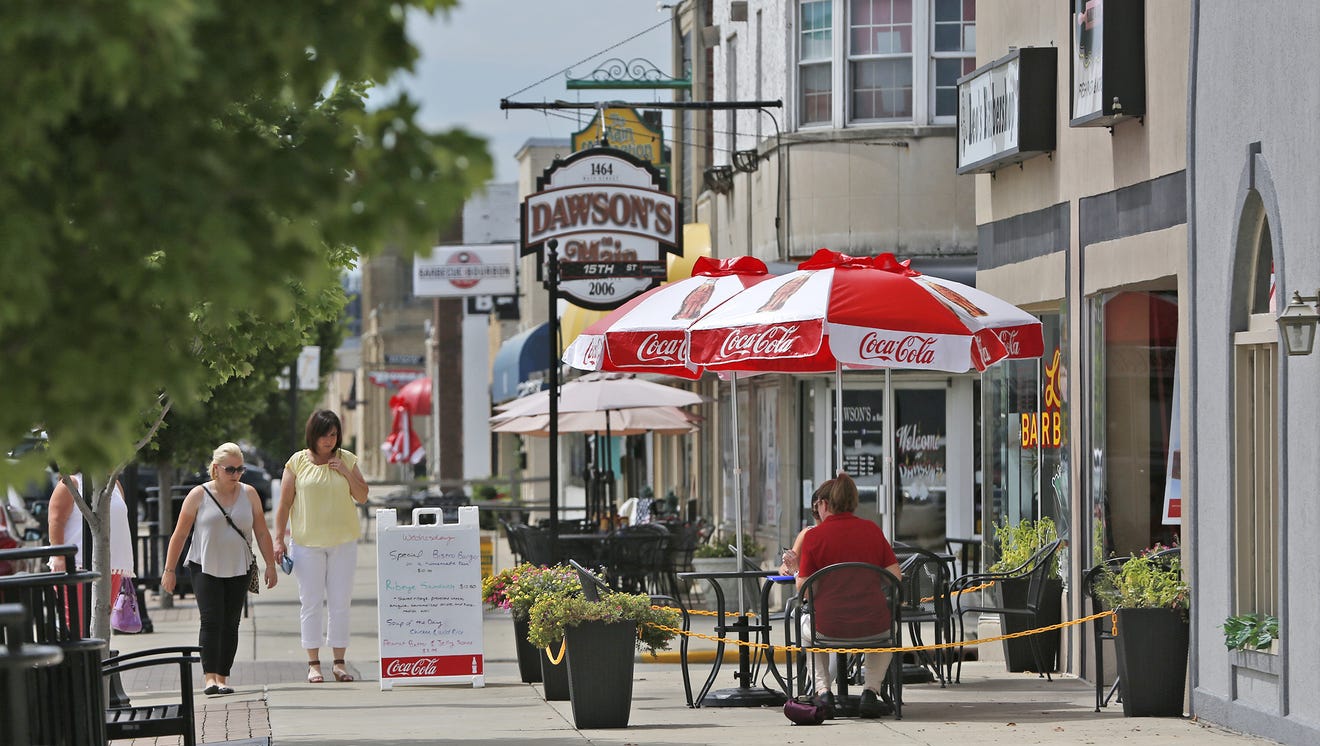 In 2005, the Indiana General Assembly authorized establishment of the Speedway Redevelopment Commission (SRC) with the mission to restore economic growth to the Town of Speedway, eliminate urban blight, and encourage redevelopment to “redefine the Civil Town of Speedway as a 21st Century community,” while recognizing its heritage. The Commission focused on the redevelopment of Speedway’s Main Street corridor. It engaged American Structurepoint, Inc. to create a master plan and strategies to carry it out.

Reconstruction of Main Street included refurbishment and adaptive reuse of existing buildings such as the Rosner Building, the oldest commercial building which was built in 1915 and which was the home of a family-owned drug store until 1983. Plans also involved mixed-use development and reconfiguration of sidewalks and streets. They provided for curbside parking, and multi-use pathways. Bike lanes connected to the B&O Rail Corridor Trail link Speedway to downtown Indianapolis and point west in Hendricks County.

The streetscape project cost $10 million. By 2011, it had attracted a $7 million, 37,000 square-feet headquarters for Dallara, an Italian race car manufacturer. Sarah Fischer Hartman Racing followed in 2012, and A. J. Foyt Racing purchased a building at 1180 Main Street as an expansion of his team’s offices in Waller, Texas, in 2014.

Repurposed as a recreation rail-trail, in 1994, the vast Baltimore &...Read More »