(Sept. 12, 1939-Nov. 30, 2017). The son of Howard John Lacy II and Edna Balz Lacy, Andre B. Lacy was born in Indianapolis. His grandfather, Howard J. Lacy Sr., founded the U.S. Corrugated-Fibre Box Company in 1912, when new transportation regulations allowed for corrugated boxes to take the place of wooden crates. His father became head of the company in 1952.

Lacy said that he began his career at U.S. Corrugated when he was nine years old. During summer breaks, he worked in the company’s mailroom. In 1959, Lacy’s father died suddenly of a heart attack, and his mother became president, chairman of the board, and treasurer of the company. At this time, U.S. Corrugated had six plants, located in Indiana, New York, Pennsylvania, Ohio, Connecticut, and West Virginia.

Lacy was a 1957 graduate of Shortridge High School. He then went on to Denison University, in Granville, Ohio, and earned a bachelor’s degree in economics, in 1961. He met Julia Lello, of Wheaton, Illinois, while at Denison. The couple married shortly after they graduated. They had three sons and were together for 53 years.

Andre B. Lacy speaks at the 500 Festival Mayor's Breakfast, May 1984
View Source

Lacy returned to Indianapolis and joined U.S. Corrugated as an analyst. He advanced through the corporate ranks as sales representative, and plant manager, and became executive vice president and chief operating officer (COO) in 1968.

With his mother, Lacy diversified the business, making add-on acquisitions. It became a national leader in corrugated box production. The company “made a profitable venture of selling cardboard to contain every conceivable product.” U.S. Corrugated changed its name to Lacy Diversified Industries (LDI), in 1972, to reflect an expansion of its strategies. With the change in name, Lacy became executive vice president and chief operating officer (COO). He was elected CEO of LDI in 1983. As CEO, he restructured the business, closing unprofitable facilities and upgrading others with industry-leading technology.

Lacy began looking to acquire industries that would add value to the corrugated box product company. With U.S. Corrugated, Lacy developed his “build-and-hold” strategy for acquisitions in which he acquired, built, and then spun off subsidiaries when the industry in which they operated had reached capacity. But in 1984 he decided to sell it to Boise Cascade Wood Products, in Idaho, thereby ending his family’s 72-year ownership of the box company. With the sale, Lacy Diversified Industries became LDI Ltd., LLC—a private holding company.

Following the divestment of U.S. Corrugated, Lacy identified businesses for acquisition in which he believed LDI could become a major player. The company first bought Major Video Concepts, a recorded-videotape distributor, and then it purchased 11 other small-niche distributors situated in industries with total market value of $3 to 5 billion. 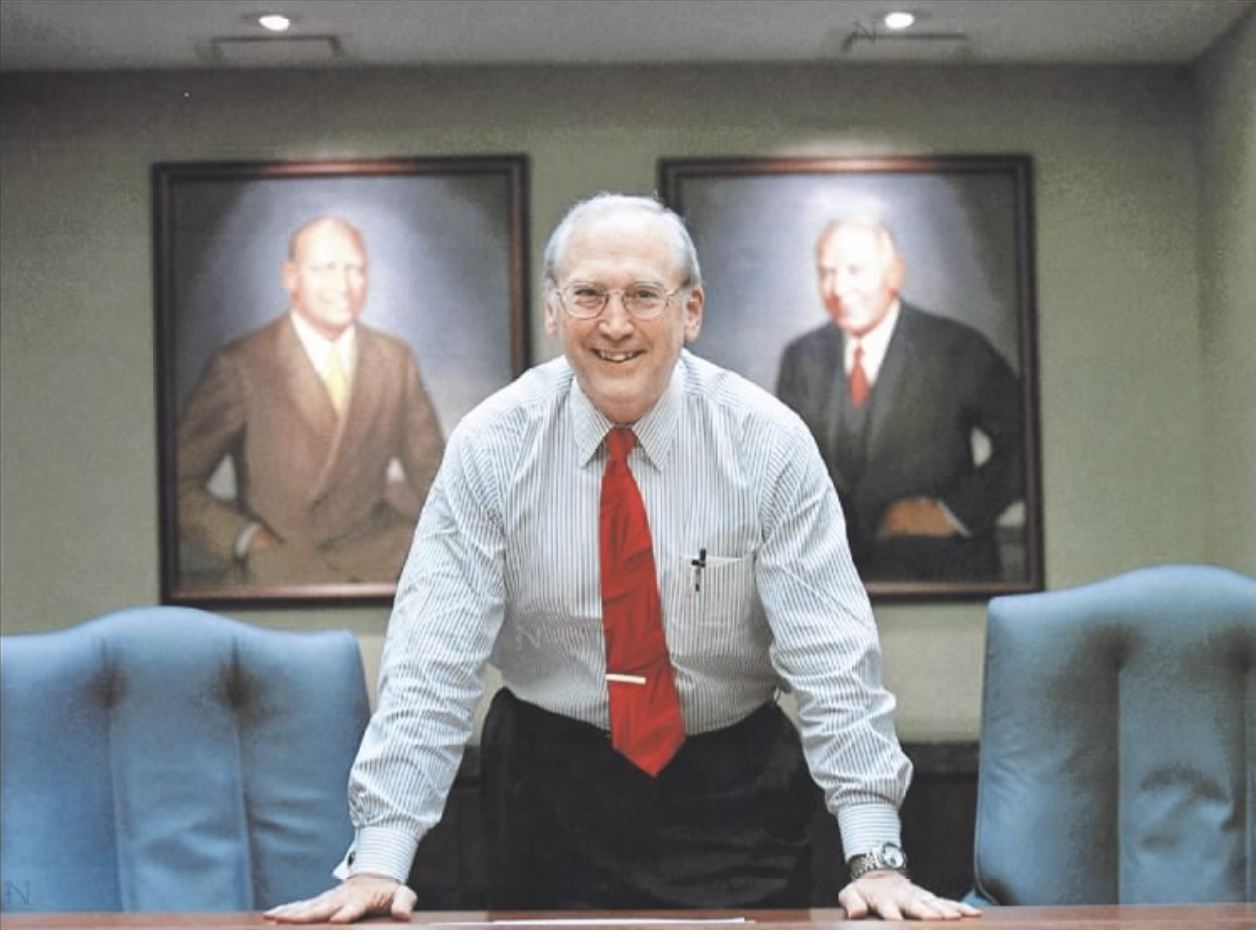 Among the most noteworthy of Lacy’s acquisitions was the 1989 purchase of Tucker Rocky Distributing, an after-market parts distributor for the power sports industry, including motorcycles, snowmobiles, all-terrain vehicles, and watercraft. Acquisition of this company dovetailed with Lacy’s outside interests. He was an avid motorcycle rider, logging over 200,000 miles on his vehicles.

Following the death of his mother on December 30, 1991, Lacy became chairman of the board as well as CEO. In 1996, LDI made another key investment, buying 67 percent interest in FinishMaster, a Michigan company that distributed automotive paints, coatings, and other materials in the automotive refinishing industry. While building the company’s portfolio of auto-refinishing products, Lacy foresaw the decline of the recorded video market and sold Major Video Concepts in 2000. Lacy transformed LDI into one of the top 10 privately held firms in Indiana before retiring in 2007. Under his direction, many of its business units became national or global leaders within their industries. U.S. Corrugated Fibre Box Company became one of the nation’s largest independent, non-integrated producers of corrugated shipping containers and OIA Global became a leading worldwide transportation, supply-chain management, and packaging- solutions provider. Lacy’s eldest son, John Andre (J. A.), took over control of the firm as CEO. The company has continued to follow Lacy’s business strategies. 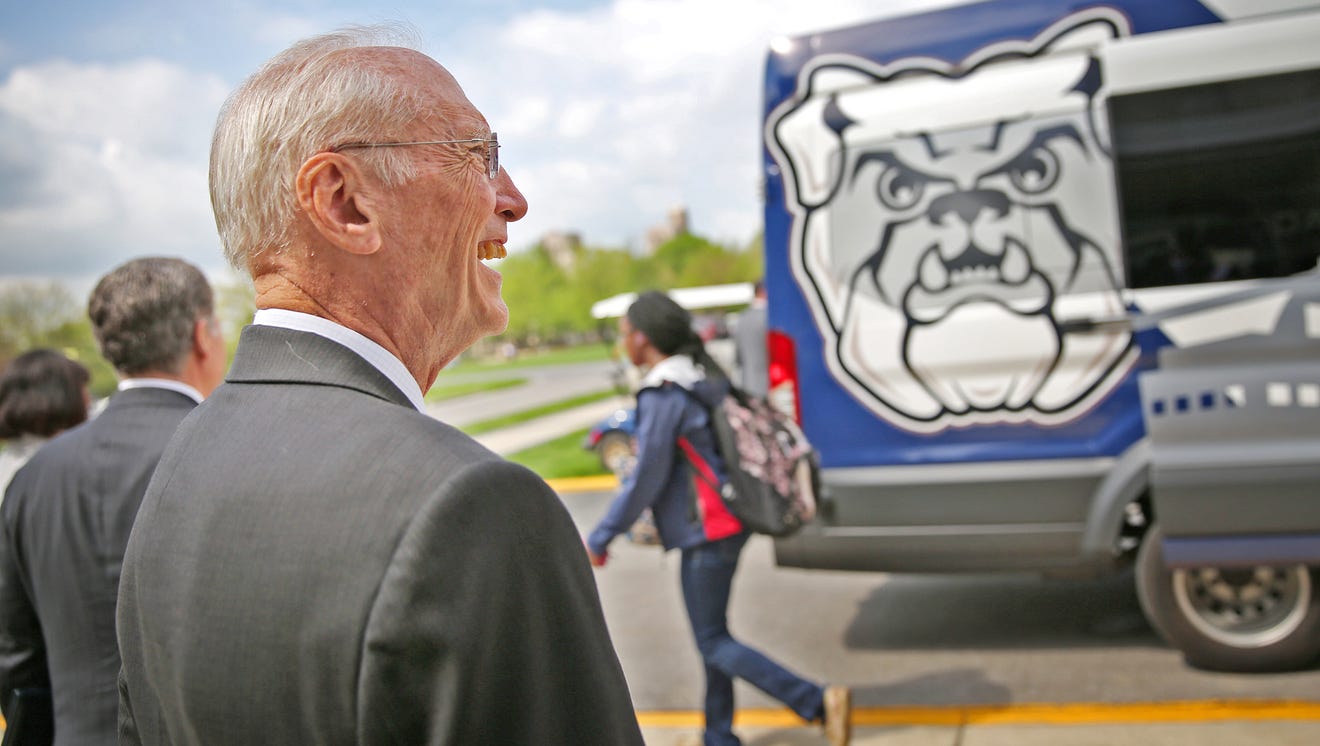 Andre Lacy leaving the Schrott Center for the Arts after the program announcing his donation of $25 million to the Butler University School of Business, 2016
Credit: Kelly Wilkinson, IndyStar
View Source

Dissatisfied with the quality of high school graduates entering their businesses, Lacy and Thomas W. Binford, another Indianapolis businessman and civic leader, formed Community Leaders Allied For Superior Schools, in 1989, to work for educational improvement in the Indianapolis Public Schools. Lacy also belonged to the board of the Indiana Chamber of Commerce and served as chairman in 2008. As a member of the Indiana State Fair Commission, Lacy led efforts to restore its Coliseum. In 2016, he and his wife made a transformative gift to Butler University for its School of Business, to support its focus on family-owned businesses and entrepreneurship. The school was renamed the Andre B. Lacy School of Business in his honor.

Lacy also served on the boards of the National Association of Wholesaler-Distributors, United Way Of Central Indiana, the Nature Conservancy of Indiana, Herff Jones, Inc., the Rose-Hulman Institute of Technology, and the National Bank of Indianapolis.

Lacy lost his life in a motorcycle accident in Botswana, while on a private tour through southern Africa.