Since 1990, Free Methodist World Ministries Center, located at 770 North High School Road, has been the international headquarters of the Free Methodist Church denomination, which was established in Pekin, New York, in August 1860. Members of the Methodist Episcopal denomination created the Free Methodist Church, one of the Holiness Churches, to maintain radical social witness and a theological commitment to spirituality that traces its origins to the teachings of John Wesley founder of Methodism. Its members protested the Methodist Episcopal church’s refusal to oppose slavery, membership in secret societies (such as the Masons), pew rents, and restrictions on women’s ability to preach. Following traditional evangelism methods and theology espoused by the Wesley brothers, the Free Methodists spread quickly across the country with the largest centers of activity in Pekin, New York, and St. Charles, Illinois. 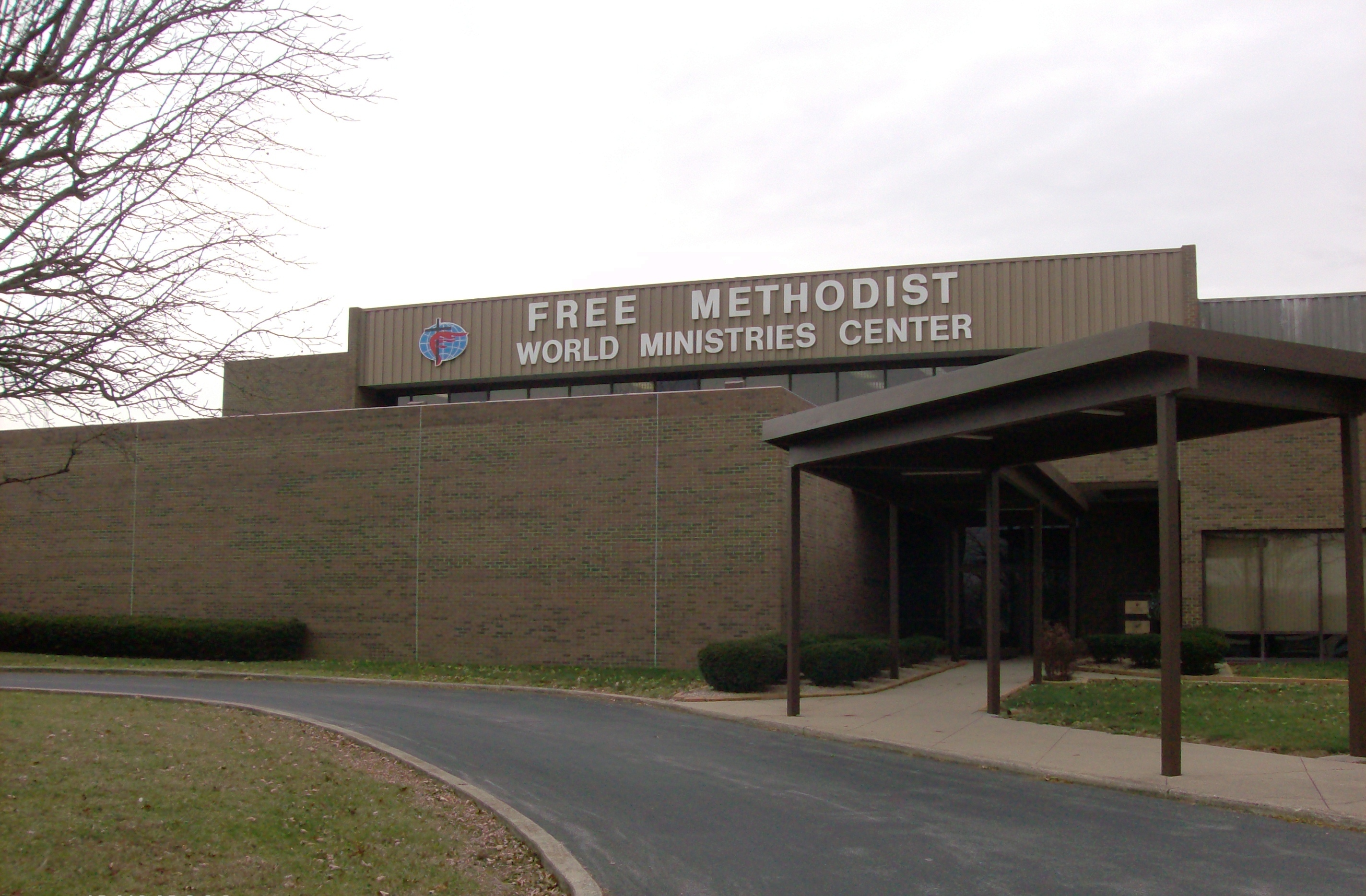 In Indiana, the first congregation of Free Methodists formed in Wayne County at Dublin in 1867. A mission did not take root in Indianapolis until 1897. This first Indianapolis mission became First Free Methodist Church in 1912 when it moved to 1215 Tecumseh Street.

Second Free Methodist Church was established in 1914 and was renamed West Morris Free Methodist upon completion of a new building in 1951. West Morris Street became the denomination’s largest congregation in the late 1960s under the leadership of Pastor Don Riggs. During this era, Sunday attendance averaged over 1,000.

From 1886 to 1935, the denominational headquarters and publishing house occupied an office building in Chicago. The Free Methodists then moved all offices and staff to the former Winona College campus at Winona Lake, Indiana. In 1979, church leadership authorized a study to find a more suitable location for the growing denomination. At the meeting of the Free Methodist General Conference in 1989, the study committee recommended relocation to Indianapolis. Church leadership identified Indianapolis as the best option because of the city’s growing importance and because it was within a day’s drive of half the church’s membership.

Dedicated on October 21, 1990, the World Ministries Center contains the denomination business offices and archives. The church also holds twice-yearly denominational board meetings in the Hoosier capital. The offices of the Wabash Conference—the administrative unit of the church covering Indiana and parts of southeastern Illinois—are in Mooresville.