Department of Parks and Recreation

The Indianapolis Department of Parks and Recreation oversees the Indianapolis and Marion County park system, which includes 212 parks, 11,258 acres of green space, 125 playgrounds, 155 sports fields, 153 miles of trails, 23 recreation and nature centers, 19 aquatic centers, 21 spray grounds, 13 golf courses, and 4 dog parks. It also provides a range of sports, art, education, and recreation programs and more than 3,000 programs throughout the year.

The parks department originated as the Board of Park Commissioners, which was created in 1895 by the newly elected Mayor Thomas Taggart to develop a city park system. The board established Brookside Park, Spades Park, and Riverside Park in 1898. By 1922, Broad Ripple Park came under the Park Commissioners’ umbrella after the town was annexed by Indianapolis. Over the next several decades the Indianapolis parks grew and expanded their services and facilities to include classes, events, playgrounds, and pools.

The Indianapolis Department of Parks and Recreation was formed in the 1970s. A five-member board, administered by a director, oversaw department policies, reviewed its annual budget, and approved all contracts. Two members were appointed by the City-County Council and two by the Mayor. These four members served renewable one-year terms. The director, who was appointed by the mayor and served at the mayor’s pleasure, was the fifth member and the chair of the Board of Parks and Recreation. 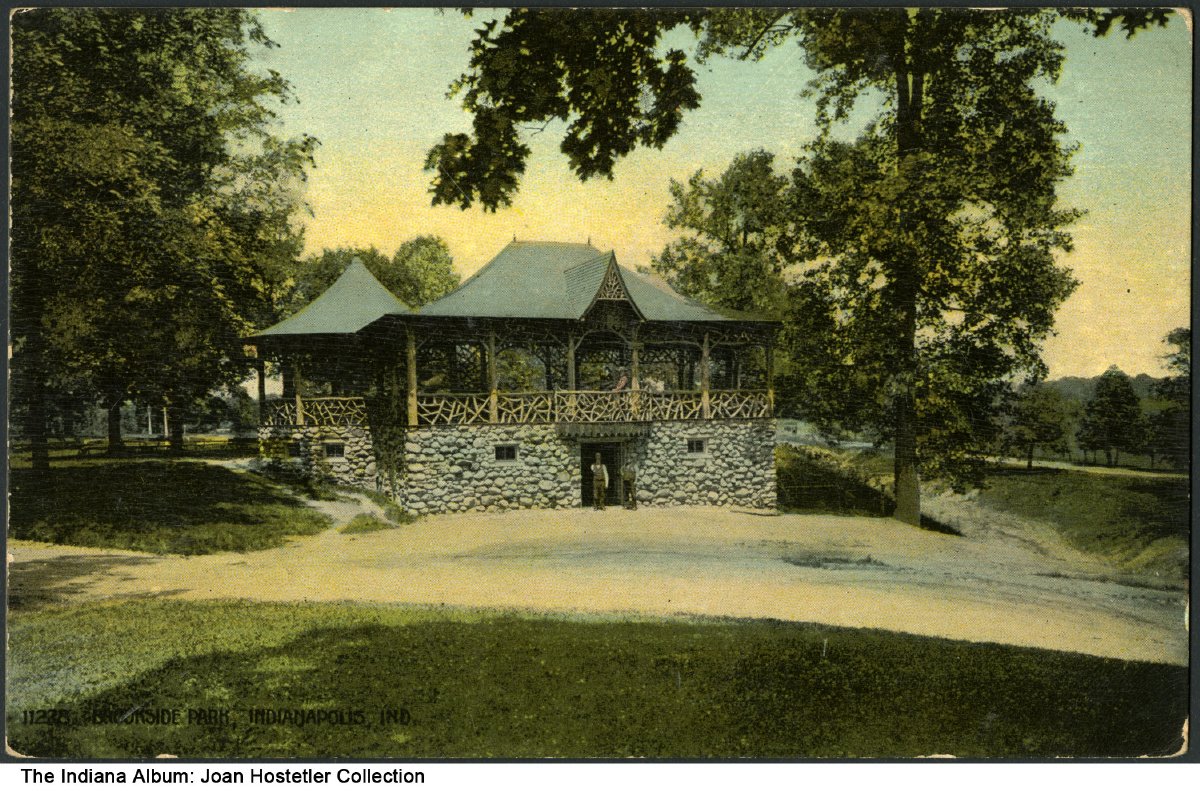 The department was organized into five divisions:

Golf Division managed and operated the city’s extensive system of municipal public golf courses. The division conducted public tournaments and golf education programs, including classes for children. In 1992, the Golf Division entered into contracts for the private management and maintenance of the city’s golf courses, but it still oversaw golf operations.

Parks Management Division operated and maintained the city’s parks and the facilities within them (excluding Eagle Creek Park). Division personnel also operated or oversaw support operations at the city’s parks, such as concessions, aquatics, and amateur athletics. This division also maintained all trees along the streets of Marion County.

Recreation Division contained three sections. Its Arts Services Section provided art and cultural programs and activities, which served over 240,000 people in 1990. Its Special Populations Section focused on recreational activities for the elderly and disabled residents of Marion County. Its Regional Districts Section included north, east, west, and south offices that planned and conducted special recreational events and ongoing classes in their portions of the county.

Before Eagle Creek Park was a municipal park, it ...Read More »