(Oct. 31, 1902-Oct. 30, 1954). Born near Shelbyville, Indiana, Shaw spent his formative years divided between Shelbyville and Greensburg. He moved to Indianapolis at age 16, found employment in a variety of automotive-related jobs, and soon began constructing his own car for dirt-track racing. After several successful seasons of driving on dirt tracks for other car owners, Shaw placed fourth in the 1927 Indianapolis 500-Mile Race, his first of 13 starts there.

Six years later, he embarked on a streak that resulted in either first or second-place finishes in the 500 six times in eight years. In addition to winning in 1937, 1939, and 1940—the first to triumph in consecutive years —Shaw was also runner-up in 1933, 1935, and 1938. He almost won again in 1941, only to have a collapsing wire wheel force him to strike the outer retaining wall while leading at lap 152 out of 200 laps. Nine years earlier, in 1932, he had broken down while leading at the three-quarter distance, and even decades after his passing he continued to rank fifth in the all-time laps-led category, with 508.

With the Speedway shuttered during World War II, Shaw relocated to Akron Ohio, to work with the aircraft division of Firestone Tire & Rubber Company. Appalled by the dilapidated condition of the Speedway when he returned to test tires near the conclusion of hostilities, Shaw quickly confirmed that the facility was for sale. The result of his celebrated virtual one-man campaign to save the track came in November 1945, when the ownership was transferred from Eddie Rickenbacker’s group to Anton (Tony) Hulman Jr. of the Terre Haute grocery concern. 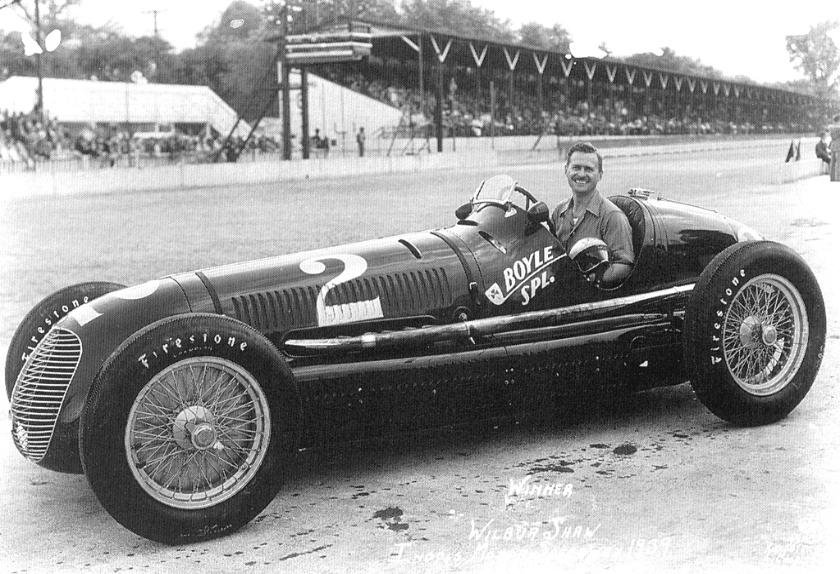 Hulman installed Shaw as track president and general manager, posts he still held at the time of his death in a private aircraft crash near Decatur, Indiana. It is generally accepted that the Indianapolis Motor Speedway would not exist today had it not been for Shaw’s extraordinary efforts to save the track. He is considered to be one of the four or five most important people in its entire history.