U.S. judge and Secretary of State

(Mar. 17, 1832-May 28, 1895). A native of Harrison County, Indiana, Gresham attended Indiana University one year before reading law. Admitted to the bar in 1854, he practiced at Corydon and took a leading part in the local Republican Party. 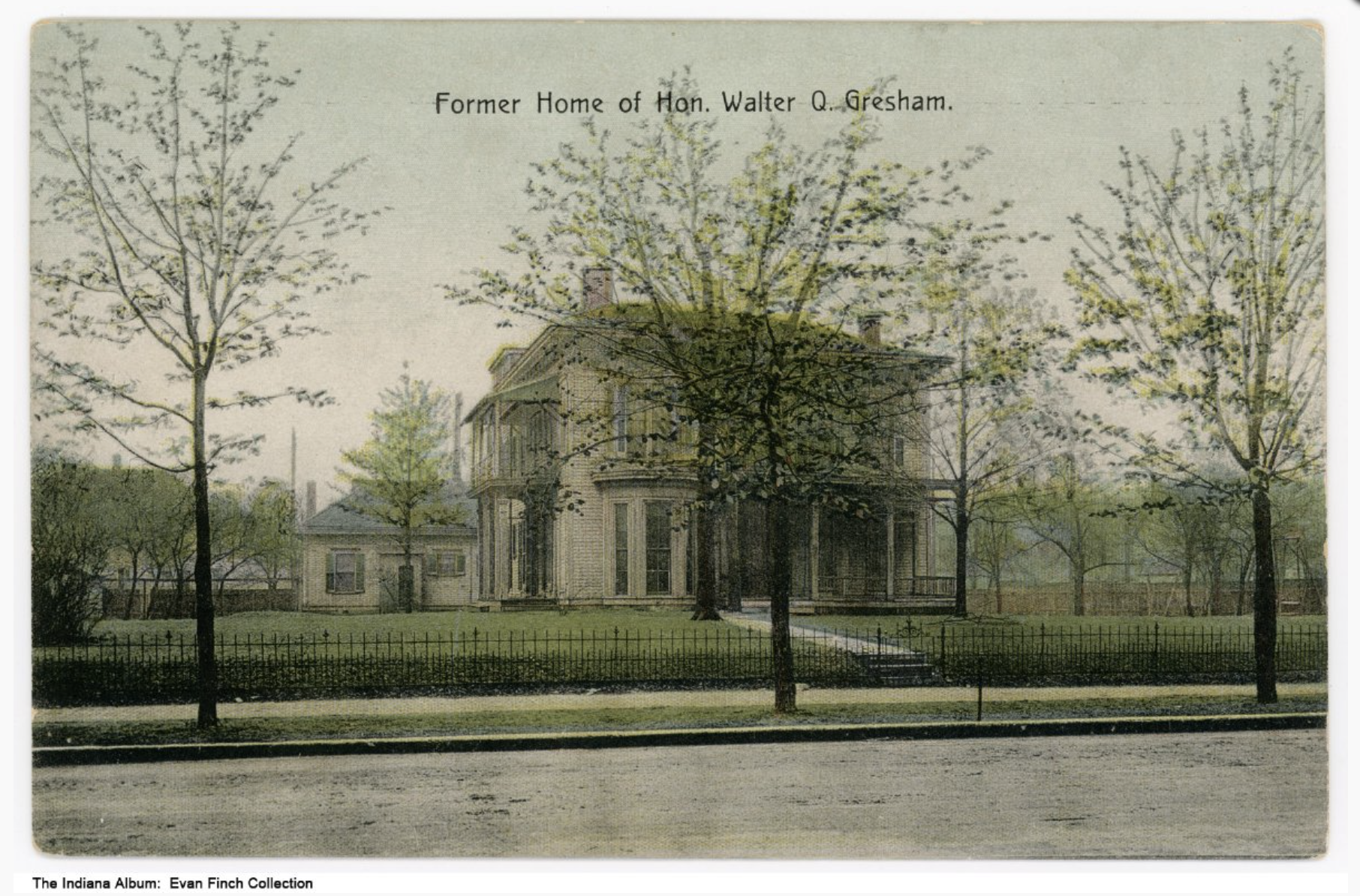 Gresham served in the state House of Representatives at the tumultuous session of 1861, during which he clashed with Governor Oliver P. Morton over the state’s response to the pending sectional crisis. In the Union army, Gresham was colonel of the 53rd Indiana Infantry and won promotion to brigadier general before a severe leg wound ended his service in 1864. Taking up residence at New Albany, he ran unsuccessfully for Congress in 1866 and 1868.

In 1869, President Ulysses Grant appointed Gresham federal district judge for Indiana. Court duties frequently took him to Indianapolis, and he moved to the city in 1875. Among his notable actions on the bench was his injunction against strikers at Indianapolis during the Railroad Strike Of 1877. He urged President Rutherford Hayes to send troops to the city and headed a company of citizens militia designed to overawe the strikers.

Politically, Gresham remained at odds with Morton and with Morton’s successor as state Republican leader, Benjamin Harrison, who easily outdistanced Gresham’s bid for the U.S. Senate in 1880. In 1883-1884 Gresham served in the cabinet of President Chester Arthur as postmaster general and briefly as secretary of the treasury. In 1884, he returned to the bench as circuit judge for Illinois, Indiana, and Wisconsin, with his headquarters and residence at Chicago.

Gresham was a dark-horse presidential possibility in 1884. Four years later, he mounted a serious campaign only to lose the Republican nomination to Hoosier rival Harrison.

Gresham’s labor views mellowed, and, disenchanted with the Republicans’ high tariff policy, he won considerable favor for the Populist presidential nomination in 1892. He declined, however, and backed Democrat Grover Cleveland against Harrison.

In March 1893, President Cleveland appointed him secretary of state, a post he held until his death. As secretary, he opposed territorial expansion, gave little support to economic imperialism, and spearheaded the administration’s rejection of the annexation of Hawaii.