Strawtown is located at the site of a former Native American village east of Cicero and northeast of Noblesville at the intersection of State Road 37 and Strawtown Avenue. It is bounded to the north and west by the White River.

Delaware Indians were the original inhabitants of the area. Strawtown’s name possibly derives from Chief Straw (possibly Strawbridge). The Delaware Indians settled in the White River basin at the invitation of the Miami and Shawnee Indians after a 1795 treaty (Treaty of Greenville). Strawtown was one of 14 Delaware Indian villages established along the West Fork of the river.

Situated on the Conner Trail, white settlers laid out the area in 1819 at the Native American site to serve travelers going between Cincinnati and Indianapolis. Bicknell Cole and William Conner officially platted Strawtown in 1836. 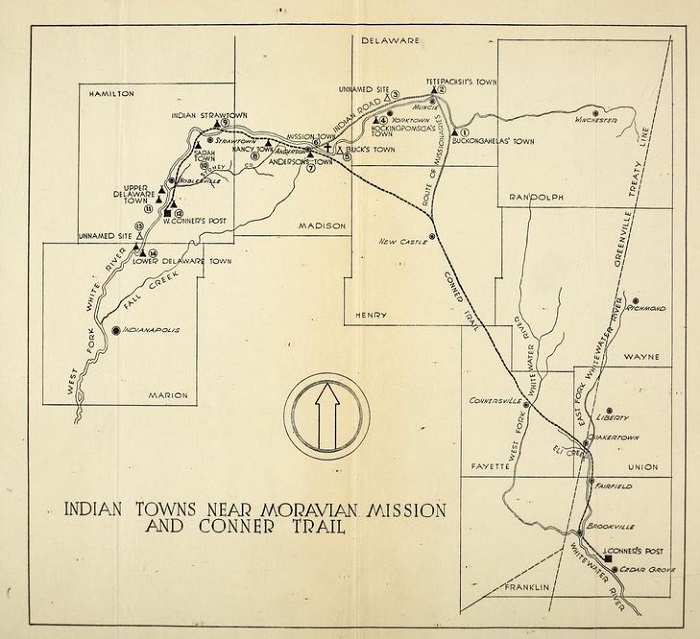 Speculators arrived in the area in 1821 when the state of Indiana offered an 80-acre minimum purchase of land at $1.25 per acre. Five families bought tracts of land in 1822. By 1836, approximately 30 families had purchased land in Strawtown.

A post office opened in 1834 only to close in 1902. William Foster opened a sawmill two miles from the post office in what became the unincorporated community of Clare. Doctor Amos Palmer organized and taught in Strawtown’s first school in 1822.

Hamilton County was split into two equal townships in 1823, White River to the north and Delaware to the south. The State’s plan to run the Central Canal through Strawtown spurred rapid growth in the county, resulting in the creation of seven additional townships. Growth stagnated when the canal failed to materialize, partly due to the location of the nearest railway four miles west.

Strawtown is home to the Strawtown Koteewi Park, established in 1999. The park covers 750 acres and has some of the most significant archaeological sites in Indiana. Located along the west fork of the White River, the property contains woods, prairies, wetlands, 3.25 miles of riparian corridors, and wildlife along with eight miles of multipurpose trails for recreational activities. An 1898 historic barn has been restored and is open periodically for park events and programs. 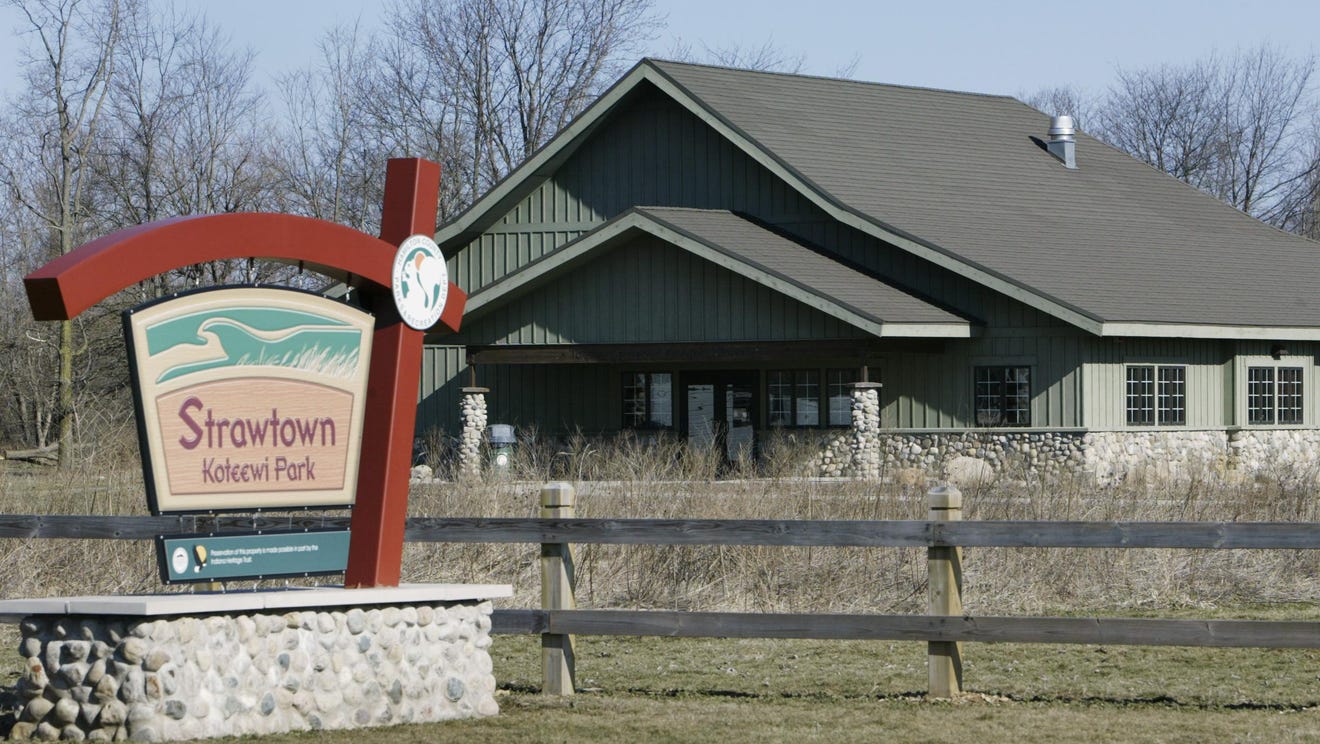 In 2012 Indiana University Purdue University Fort Wayne released the findings from a two-week archaeological dig at the Strawtown Koteewi Park. At least four different structures were identified in the park. Not all structural diversity was attributed to a specific ethnic grouping. Instead, temporal differences could have contributed to a variety of forms.

The meanings of the structures are yet to be deciphered, but those structures identified during the dig provided an avenue to understanding the domestic and community patterning of the groups inhabiting central Indiana along the White River, as well as the complex population dynamics of the Late Prehistoric period.

Strawtown Median Household Income
Strawtown Housing Units by Year
Percentage of Houses Built over Decades
To open this data in SAVI and see the boundaries it represents, click here.