A production of Gilbert and Sullivan’s Pirates Of Penzance staged at Garfield Park in 1944, marked the beginning of Starlight Musicals. The popularity of Penzance made the subsequent three-night run of HMS Pinafore a sellout. More than 20,000 people attended, sparking interest in a permanent summer theatre.

Initially, the company operated under the names “Stars under the Stars” or “Indianapolis Theatre Association,” performing at the Butler Bowl and the Indiana State Fairgrounds. However, the board of directors, with the assistance of the Indianapolis Board of Park Commissioners, selected a permanent home at 400 West 49th Street, which was Parks Department property. South Pacific opened the 1955 season in the new open-air Hilton U. Brown Theatre. 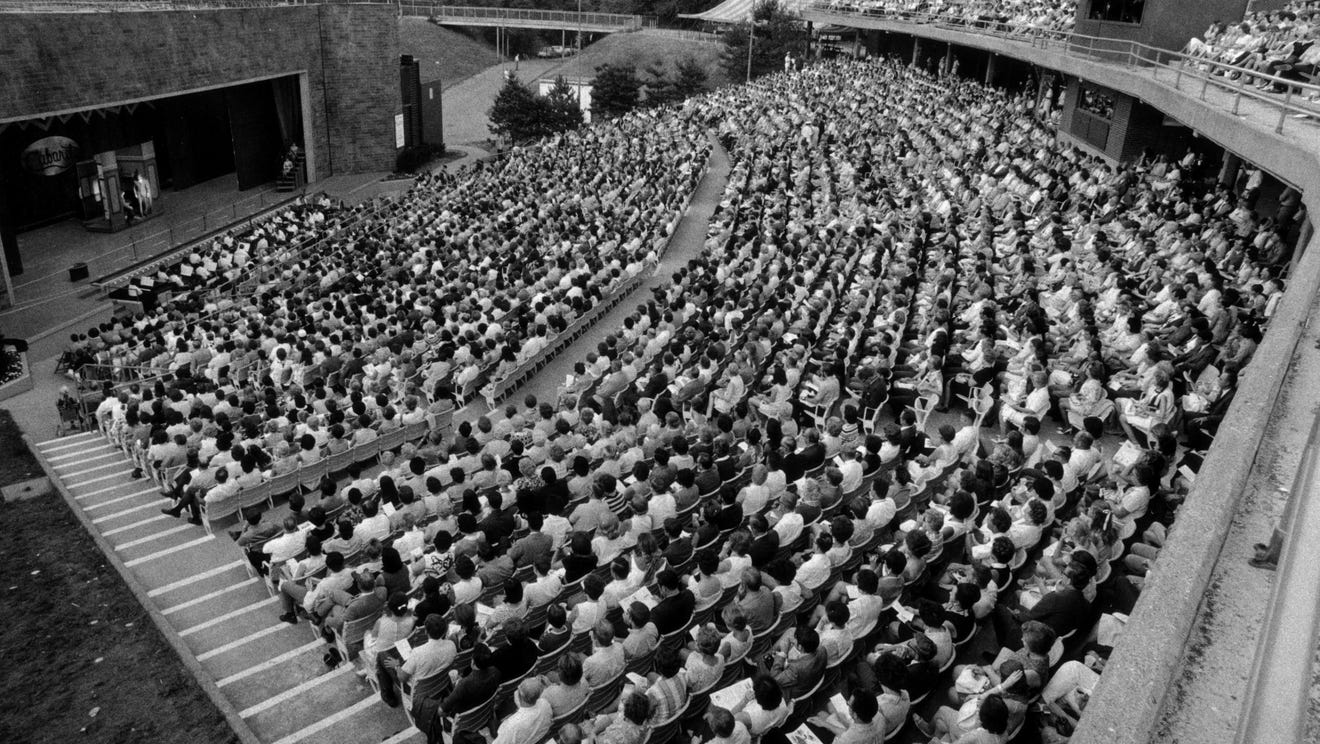 In 1962, the board adopted the “star system” of production, engaging nationally acclaimed stars to lead a resident company. Robert Preston, Yul Brenner, Carol Burnett, Ethel Merman, Jack Benny, Liberace, and Liza Minnelli, among many others, performed at Starlight over the years.

Responding to increasing demand, a balcony was added in 1979, creating a seating capacity of 4,000 people. During the 1970s, the company also added a roof to the theatre and built a new rehearsal hall, design studios, and box office. By 1980, Starlight had moved away from the resident company concept and booked pre-packaged touring shows.

In 1989, the need for renewed direction and greater community involvement prompted a return to the resident company concept. At the same time, the board established a development program to cultivate individual and corporate support.

In addition to Broadway musicals and concert artists, Starlight offered college internships and high school apprentice programs. For younger children, several full-day workshops called the “Theatre Crawl” actively engaged area youth in all aspects of theatrical production. A seven-member staff administered the company, which employed over 250 theatre professionals in the summer. By this time, an annual budget of $1.6 million came from ticket sales as well as corporate and individual donations.

In early June 1993, just days before the first scheduled performance, the Starlight board of directors voted to close the operation. Lagging ticket sales, explained in part by the competition of other summer venues, led the board to believe that the season could not be completed and that ceasing production was the only realistic alternative.

Regarded as one of the Midwest’s top professional ...Read More »