Specializing in luncheon meat and sausage, the company, founded in 1936 by George Stark and Erwin Wetzel, served Indianapolis and the surrounding area. 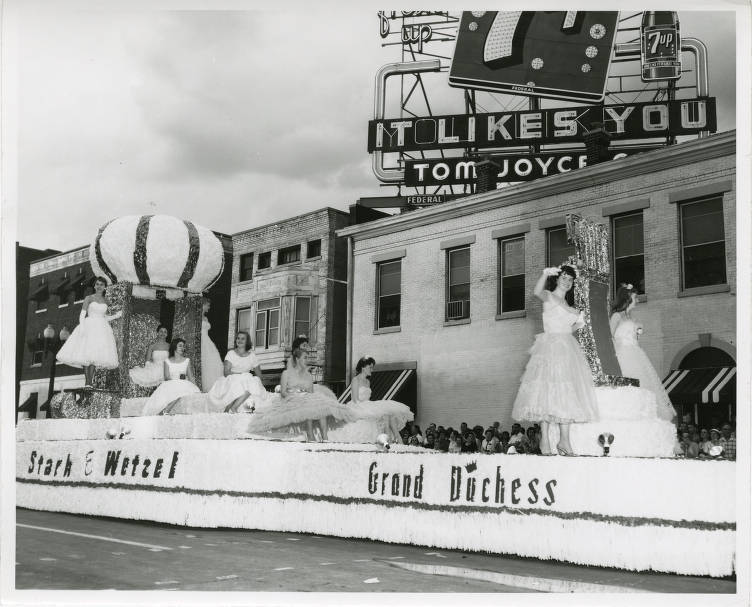 Both Stark and Wetzel began their careers as employees of Kingan and Company, which became one of the 10 largest meatpacking firms in the U.S. Throughout their years of operation, Stark, Wetzel and Company slaughtered hogs and cattle, operated a rendering facility to produce animal feeds, and eventually moved into the food marketing and distribution business.

“Stark & Wetzel,” as the firm was popularly known, was the first meatpacking company in Indiana to produce skinless wieners. The company also patented frozen beef patties that were distributed nationally.

Starting in 1952, the company sponsored the Rookie of the Year Award at the Indianapolis 500. The winner received $500 and a year’s supply of meat. Stark and his wife Maribel also were founding members of the 500 festival Associates.

The business grew to a $50 million operation by 1958. A subsidiary of Stark, Wetzel was established in 1959 to blend spices for the company’s products. To reflect the direction the business had grown, the company’s name was changed in 1972 to Stark, Wetzel Foods, Inc. North American Laboratory (NAL). NAL later began producing seasoning spices for other companies, meat sauces, and soy protein mixes.

The company became SW, Inc. in 1974 and also closed its Indianapolis location. Later that year, Rath Packing Company, headquartered in Waterloo, Iowa, purchased the company. Competition in the meatpacking industry became fierce in the 1970s, and by 1981 Rath was operating at a loss. The Rath corporation ceased operations in 1985.