Near northside neighborhood roughly bounded by I-65, Fort Wayne and Central avenues, St. Clair and Meridian streets. A mixture of commercial, industrial, and residential structures makes the area known as St. Joseph a uniquely diverse urban neighborhood. Platted in the 1850s and 1860s and developed between 1870 and 1930, St. Joseph prospered because of its proximity to downtown and the Fort Wayne Road (now Fort Wayne Avenue). 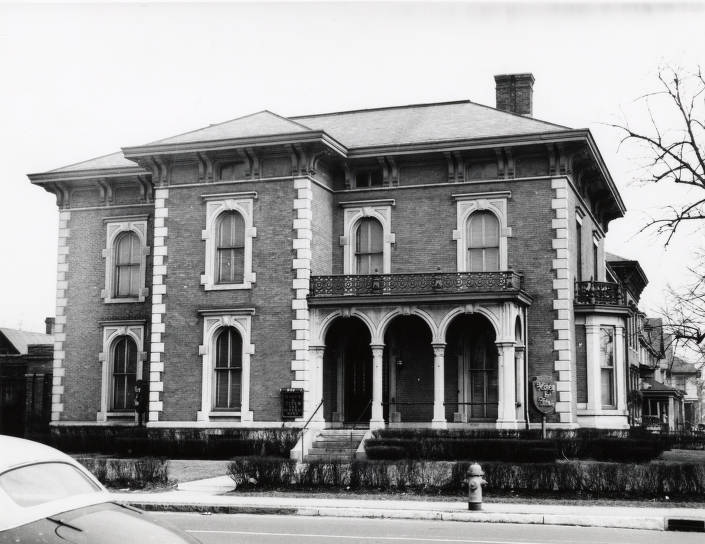 Large residential structures were built in the 1870s along the major north-south thoroughfares such as Delaware Street, while cottages were constructed on the east-west streets. Fifteen architectural styles are represented in the neighborhood, including the Italianate Bals-Wocher House (1869-1870), the Greek Revival Kemper House (1873), and the Queen Anne Dr. Calvin I. Flethcher III home (1895). Multi-family housing was also built in St. Joseph. Four architecturally significant rowhouse complexes still survive in the district, along with a number of duplexes and apartments. While much of the commercial development in the neighborhood was originally small-scale, the Buschmann Block (1870) and the Lewis Meier Building (1915) were large retail and manufacturing properties.

A period of decline that began in 1940 was reversed in the 1980s when new residents and developers recognized the district’s architectural significance and renovated numerous single-family homes, apartments, and rowhouses. In 1991, the area was listed on the National Register of Historic Places and named St. Joseph after a local street. 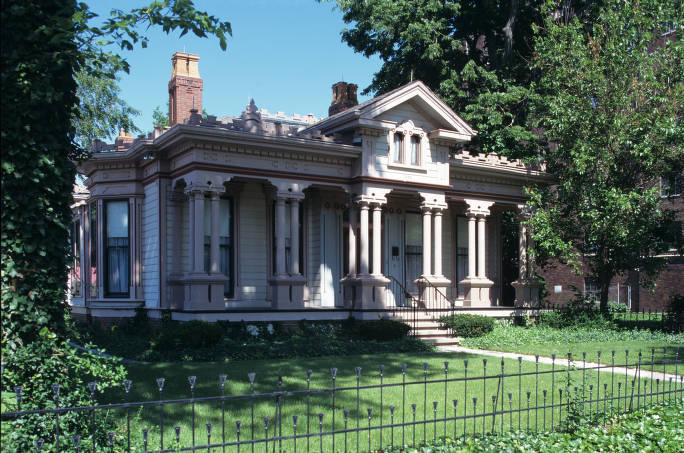 The Kemper House at 1028 North Delaware is known as the “wedding cake house." ​
View Source

About 800 people lived in the neighborhood by the 1990s. Residents organized the St. Joseph Historic Neighborhood Association to preserve the area’s diverse mix of structures and encourage new development. In addition, the St. Joseph Historic Neighborhood Foundation was formed to generate fundraising for the group’s projects in 2002. The group also has taken an active role in addressing displacement issues and the needs of social service agencies in the area.