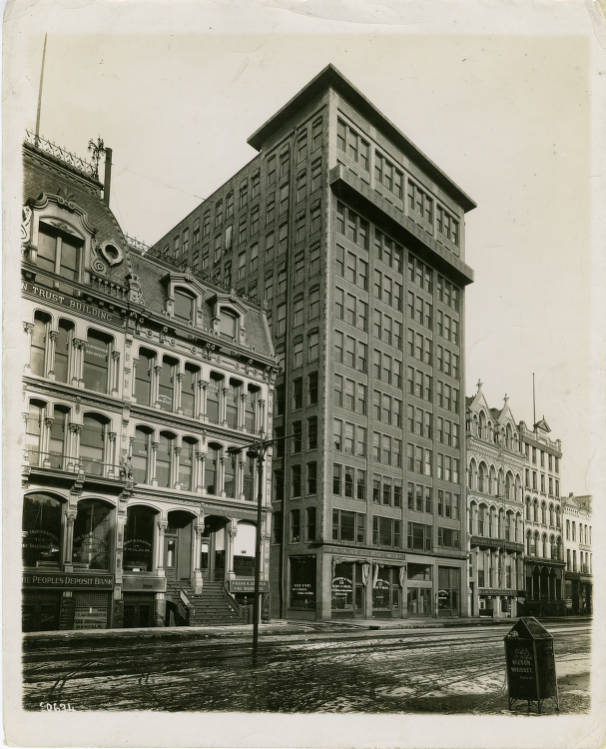 After the founder’s death in 1915, son Felix Marcus McWhirter took over the bank and added a trust department to the institution’s services. Peoples introduced the state’s first auto drive-up window in 1931 and the first free-standing drive-through in 1950. It originated Indiana’s first Federal Housing Administration loan in 1939. The bank opened its first branch in Lawrence in December 1951. In 1963, Peoples Bank was the first to initiate Saturday hours.

When new state banking laws reduced restrictions on mergers and acquisitions in 1985, Peoples was one of the few banks in Indiana to resist such activity. Peoples instead increased its customer base by marketing services to small and medium-sized businesses, professionals, and people concerned about spending money with local companies. The bank’s small size, conservative management, and focus on Marion County gave it financial stability: Peoples was consistently listed among the nation’s soundest banks by various rating services.

By the early 1990s, Peoples had total assets exceeding $350 million, posting record earnings of $3.47 million in 1992. The McWhirter family controlled over half of the company’s voting stock and the founder’s great-grandson served as bank president. With 13 Indianapolis locations, Peoples had about 250 employees and accounted for about 4 percent of the city’s banking market. At that time, it was the oldest state bank in Indianapolis and, historically, one of the city’s only local commercial banks.

In 2001, the institution merged with Fifth Third Bank.