(July 25, 1803-Nov. 26, 1858). Born in Chillicothe, Ohio, Bolton came to Indiana in 1820 when George Smith, his stepfather, established a print shop in Jeffersonville, Indiana. In 1821 Smith purchased land in Indianapolis and moved his family there. 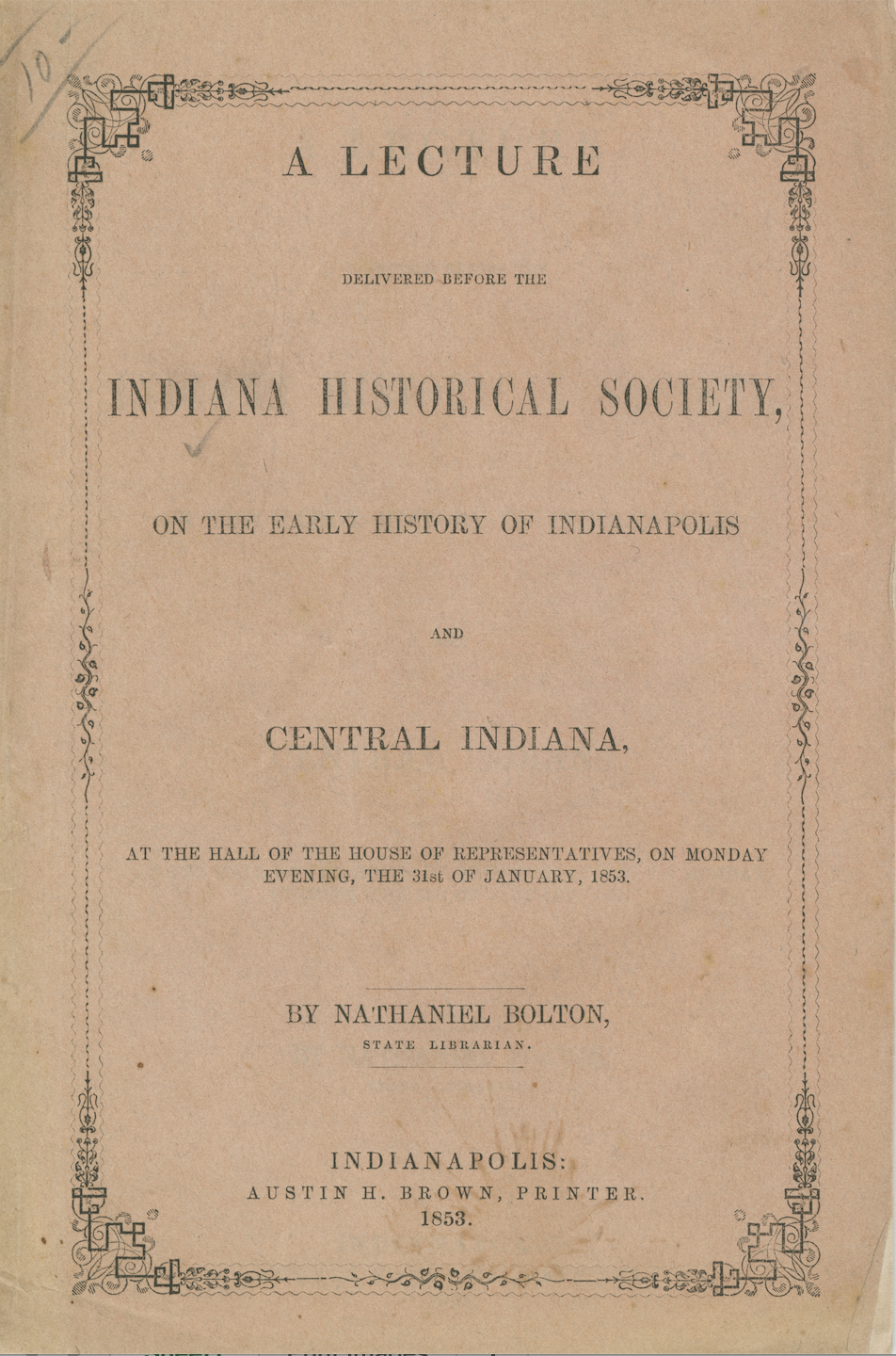 On January 28, 1822, Smith started the town’s first newspaper, which was printed in the family’s cabin located at Maryland and Missouri streets. Bolton, who had remained in Jeffersonville to finish some state printing work, came to Indianapolis shortly after the Gazette inaugural issue and joined his stepfather on the paper. Smith and Bolton published the paper together until 1823, when Smith left and Bolton ran it by himself until his stepfather rejoined the Gazette a year later. The duo continued their partnership until 1829, when George L. Kinnard became part owner and the newspaper’s name was changed to the Indiana State Gazette. Bolton sold his interest in the paper to Alexander F. Morrison in March 1830, and the paper’s name was changed to the Indiana Democrat And State Gazette.

Bolton married Sarah T. Barrett in 1831. Sarah Bolton became recognized as an accomplished poet and was an early advocate for women’s property rights. The couple operated a tavern located on farmland once owned by Smith, who died in 1826. Nathaniel and Sarah sold the property to the state in 1845 as the site for Central State Hospital. In 1851 Bolton was elected as state librarian. He was appointed consul to Geneva, Switzerland, by President Franklin Pierce in 1855, remaining there until 1857, when ill health forced him to return to Indianapolis.

Alexander Morrison, who came to Indianapolis as a state ...Read More »