In 1869, a small group of seven or eight people left Lick Creek Baptist Church, established in Perry Township in 1826, and White Lick Colored Baptist Church, organized around 1864 near Plainfield and then moved to Bridgeport in 1869, to form Mt. Zion. The founders were a mixture of former enslaved persons and free Blacks, most of whom worked as sharecroppers at Fletcher’s Bottom, a farm that belonged to banker Stoughton Fletcher Sr.. The congregation met in a tool shed that Fletcher donated, and the men of the newly christened Mt. Zion Baptist Church moved the building to higher ground.

In 1872, the congregation moved to Second Street and the Railroad (now Eleventh and Lafayette streets). Reverend Andrew Simms, who preached at Mount Zion two Sundays a month and at White Lick Baptist the other two Sundays, led the church. During this time, the congregation grew to 90 members. By 1880, Mt. Zion had 250 members.

The congregation purchased land for a possible move in 1902, as it was outgrowing its building. With the arrival of Reverend G. William Ward, who came to Indianapolis from Monumental Baptist Church of Chattanooga, Tennessee, in 1907, Mt. Zion moved to a new structure at 12th and Fayette streets, in the heart of the near west side Indianapolis African American neighborhood. Under Ward’s leadership, the church underwent tremendous growth, with 1,150 members; oversaw creation of several lay groups to aid in the ministry of the church; affiliated with the National Baptist Convention, an African American coalition of congregations formed in 1886; and launched its chancel choir and Sunday School department.

For a decade, between 1921 and 1931, Reverend Sandy B. Butler led Mount Zion. Called to Indianapolis from a church in Wichita, Kansas, Butler skillfully led the congregation into a period of growth. He launched a junior church, a community center, and a recreation program.

Reverend Marshall A. Talley took over the pastorate of Mt. Zion when Butler died in 1931. He expanded the number of groups, or clubs, that took on tasks to help the congregation thrive. He served as dean of the National Baptist Sunday School Congress (1933-1949), editor of its Sunday School materials, and creator of its Certificate of Progress Program that is still in use. Immersing himself in local, state, and national issues, Talley was elected to the Indiana General Assembly as a Democrat in 1935. He resigned from Mt. Zion the following year.

Reverend R. T. Andrews Sr. assumed leadership of Mt. Zion in January 1939. Andrews developed a new vision for the congregation that embraced a “cradle-to-grave” approach to what its members needed and what the church could or should be. During his pastorate, the congregation expanded not only in terms of numbers but also in its activities. He left no areas of the life the church untouched.

By 1951, the congregation again needed a larger building. Planned interstate construction also threatened the property. The congregation, therefore, purchased a lot to move to 35th and Graceland streets. Chicago architect Benjamin F. Olson designed and Nashville-based firm McKissack & McKissack built the church out of Bedford limestone in the Gothic Revival style with a prominent spire. Both firms were owned by African Americans. On October 23, 1960, the congregation worshiped in the new building for the first time.

Mt. Zion Missionary Baptist holds the distinction of being the only church in Indianapolis where Martin Luther King Jr. preached. As part of a mass meeting and membership drive for the local Naacp chapter, King preached to more than 1,500 attendees on June 26, 1961. King urged the congregation and guests to support efforts to register African Americans to vote; back the Freedom Riders, who were civil rights activists who participated in bus trips through the South in 1961 to protest segregated bus terminals; and to make their voices heard by joining the Naacp. In 1973, the NAACP awarded Mt. Zion a lifetime membership for its work.

At its new location in the United Northwest Area, Mt. Zion continued to expand its programming and outreach. The neighborhood was undergoing tremendous change with the construction of 1-65/1-70 and its outer-belt-and-spoke-system. The neighborhood lost approximately 3,000 residents and many businesses. Responding to the needs of its surrounding community, the congregation established a day care center, in 1968, which expanded with a kindergarten two years later, and launched its own credit union with the help of Mayor Richard G. Lugar. In 1974, Mt. Zion opened a 108-bed geriatric center and three senior citizen apartment complexes with over 200 units. Community efforts also included a Well Baby Clinic, staffed by the Bureau of Public Health with nurses and a physician that was launched at 3523 Boulevard Place in the 1970s. With all these programs in place, Mt. Zion became the single largest and most active congregation in the area.

Following the death of Andrews in 1984, Reverends King and Urias Beverly served as the Mt. Zion’s pastors. After Reverend William J. Robinson served as an interim pastor from 1987 to 1988, Reverend Joseph H. Finnel became minister in February 1989. Known as a dynamic speaker, Finnell had served as an associate minister under Reverend Andrews and saw it as part of his duty to continue his mentor’s legacy. He also continued the congregation’s membership in local, state, and national groups and served as the president of the Martin Luther King Jr. Memorial Baptist Convention of Indiana. Finnel died in February 1997.

In February 1998, the congregation called the Reverend Philip K. James to the pulpit. James had been the past minister of Beautiful Plain Baptist Church in Binghamton, New York. He developed a plan to rededicate the congregation to ministering to the neighborhood and to congregational worship and discipleship (including hiring a full-time minister of music and enhancing the youth ministry), as well as developing praise ministry, including a mix of contemporary music, drama, and audio-visual materials for worship, and a health and wellness ministry. At this time, Mt. Zion had about 500 members. 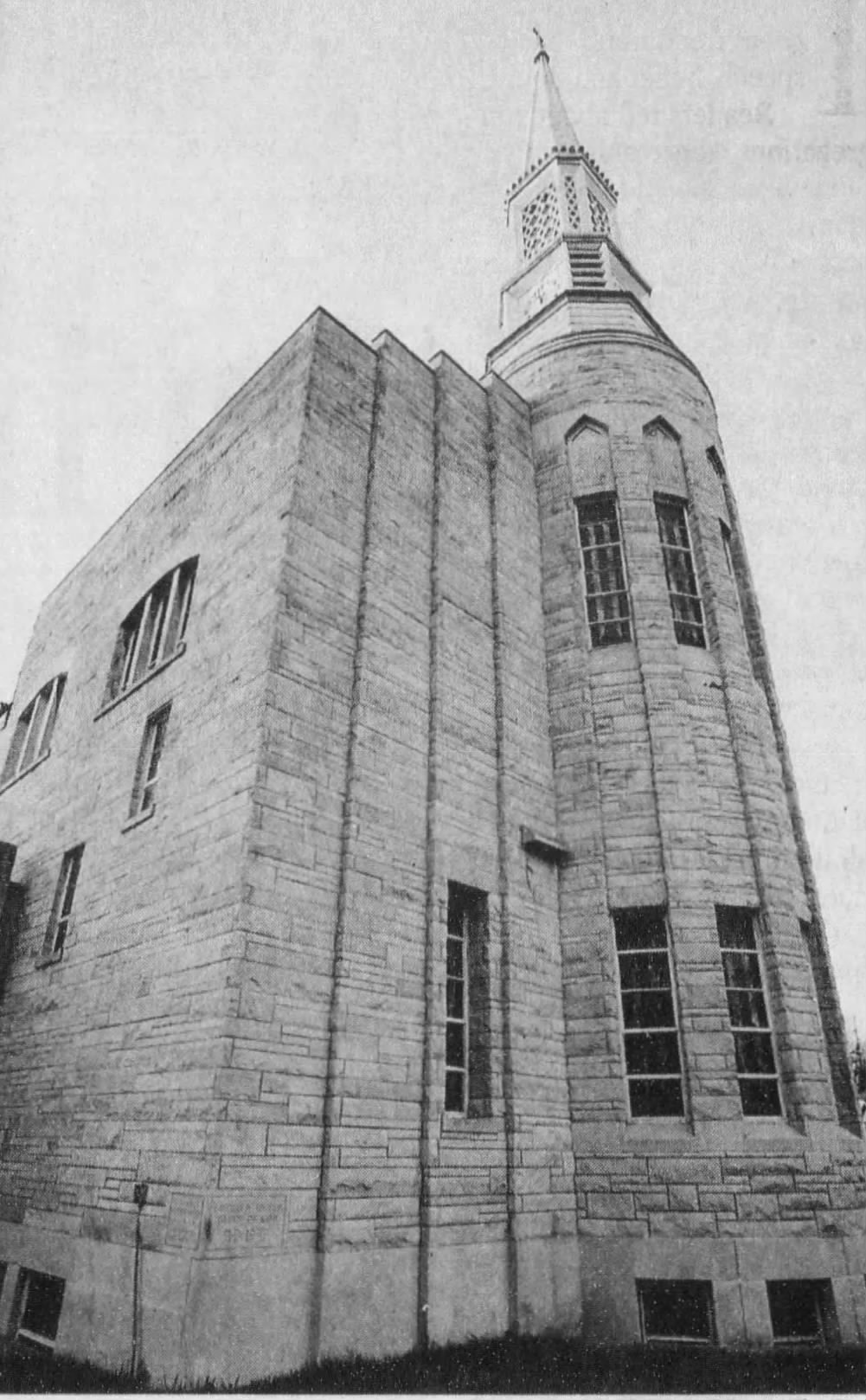 In the 21st century, the congregation is smaller than it was. Many of its members no longer live in the neighborhood or even the city itself. Mt. Zion is “graying” with few children. Some of its programs have been curtailed if not ended because of declining membership. However, the congregation remains active. From helping out serving meals at the Ronald McDonald House to holding Vacation Bible School, Mt. Zion continues to be a vital part of the local and city-wide community.