Bounded by West, New York, and Blackford streets and the Central Canal, the 14-acre park is the oldest in the city. Originally referred to as the Military Ground, then Military Park, it was renamed Camp Sullivan by Governor Oliver P. Morton after Col. J. C. Sullivan of the 13th Indiana Regiment, during the Civil War. The name was changed to Camp Sullivan Park in 1916. It is again known as Military Park. The ground on which it is situated was donated to the State of Indiana by Congress in 1827 for Militia training purposes and is referred to in the 1851 Indiana Constitution (Art. 15, sec. 9).

From the very early days of Indianapolis, the park has had varied use. The city’s first recorded July 4th celebration was held there in 1822. In 1836, militia gathered there to prepare for the Black Hawk War. Organized into three companies, they marched to Chicago and then turned around and came back. For this less than glorious achievement, they became derisively known as the “Bloody Three Hundred.”

At the outbreak of the Civil War, the park quickly became a military camp used for the recruitment and training of troops. The Indianapolis Greys, the Guards, the Zouave Guards, and others encamped there. They were the first of thousands of men who formed regiments in the park, now called Camp Sullivan. Senator Stephen A. Douglas of Illinois visited the camp, and the future commander of the Army of the Potomac, General George B. McClellan, reviewed troops there.

The park suffered much physical damage during the war years and was, in general, “a deplorable tract of land.” A civic-minded nearby resident, George Merritt, guided its restoration. A pool with a large rock formation and fountain were added, as well as playground equipment and Civil War relics. A pavilion (which still stands) was built and a circular drive was constructed. The park in the late 19th and early 20th centuries received heavier use than at present. 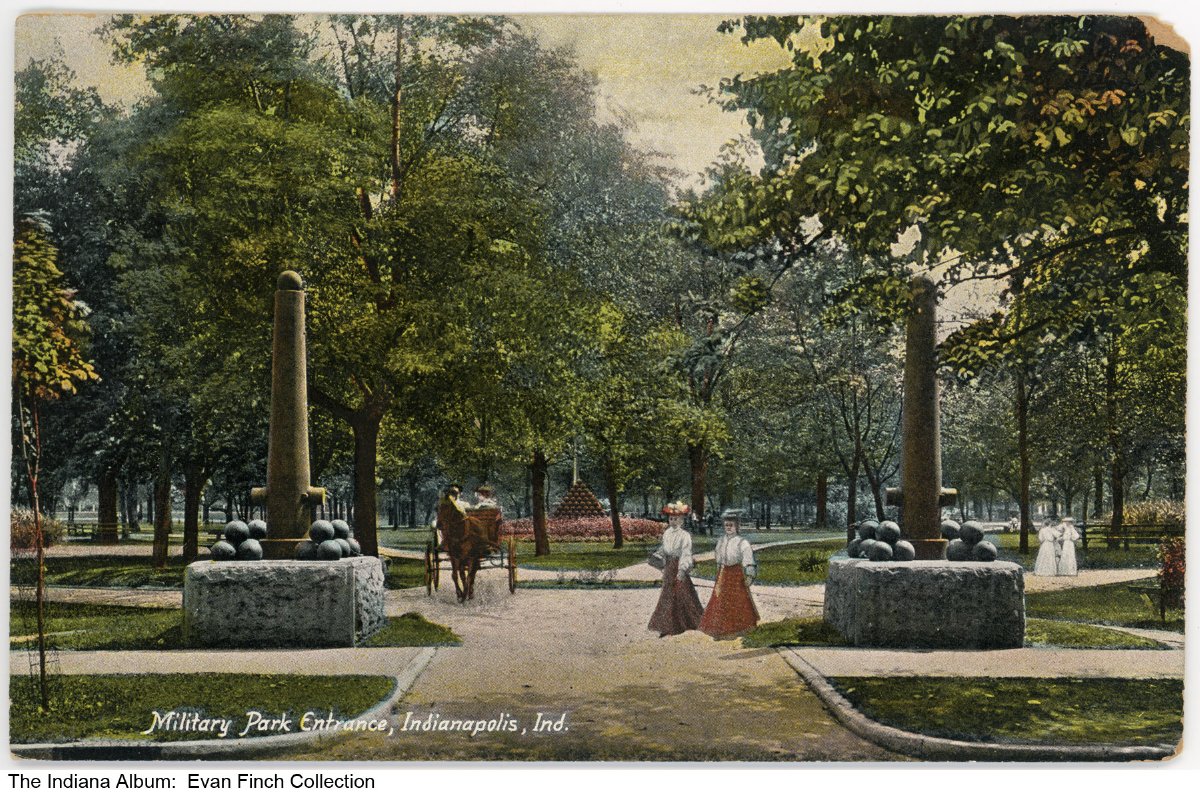 Between the world wars and through the ensuing decades, the park slowly deteriorated, its beauty and historical importance largely forgotten. In 1980, it was given a facelift with funds granted by the Lilly Endowment and the Krannert Charitable Trust.

The shelter house was renovated again in 2007. In recent years, Military Park has been used for gatherings of social and political groups such as labor union rallies and Earth Day celebrations, as well as a variety of festivals and musical performances. Now a part of White River State Park, its expansive green space and mature trees constitute a visual reminder of the city’s history.

The Vietnam War divided Indianapolis as no conflict had ...Read More »

The push for public playgrounds and swimming facilities in ...Read More »

As the political capital and railroad hub of Indiana ...Read More »