Inspiration for the Metropolitan Youth Orchestra (MYO) came to classical violist Betty Perry after attending an Indianapolis Symphony Orchestra (Iso) concert in 1978. Troubled by the lack of African American representation in the ensemble, Perry launched a program to encourage children and parents of all races to learn musical instruments. Perry organized fundraising events to buy musical instruments and enlisted parents to hold weekly group lessons and commit to daily practice at home. To celebrate their achievements, Perry held annual concerts. In 1995, these activities were formalized into MYO.

Upon incorporation, MYO found a home at The Children’s Museum of Indianapolis. Later in 2004 it became part of the Philharmonic Orchestra Of Indianapolis. The collaboration enabled MYO to receive financial and administrative support from the ensemble. That same year, the youth orchestra partnered with the Community Arts School, which resides in Butler University’s Jordan College Of The Arts. This relationship allowed college students to work with MYO by teaching private lessons, coaching chamber ensembles, conducting orchestra rehearsals, and assisting with recitals, adjudications, and administration.

In 2008, MYO became affiliated with ISO, as a program of the ISO Learning Community. Currently, ISO provides development and administrative assistance to the youth orchestra. Furthermore, the budding musicians have opportunities to meet the professional members of the ISO, sit in on master classes, and share the Hilbert Circle Theatre stage with their professional counterparts in the annual side-by-side spring performance that caps off the MYO training season.

Since its founding, MYO has focused on using music as a path for Indianapolis youth to gain life skills for their future social stability. Each year more than 200 students and their families develop musical and life skills through the obligatory parent/student partnership, which mandates that at least one parent of each student learns to play a stringed instrument alongside their student for the first several years of membership. Personal development has become a signature goal MYO strives to foster through social events, volunteer opportunities, and community meals served at rehearsals. The idea is to cultivate a culture of support not only for the student-musician but the families as well. Since becoming part of the ISO, all MYO graduating seniors have pursued post-secondary education.

The music component of MYO is based on the Suzuki method of string instrument instruction. These lessons develop the physical skills needed to master the chosen stringed instrument (viola, violin, cello, and bass). Lessons in music theory foster critical thinking skills that will enable the students to better express their thoughts, ideas, and beliefs when dealing with people. 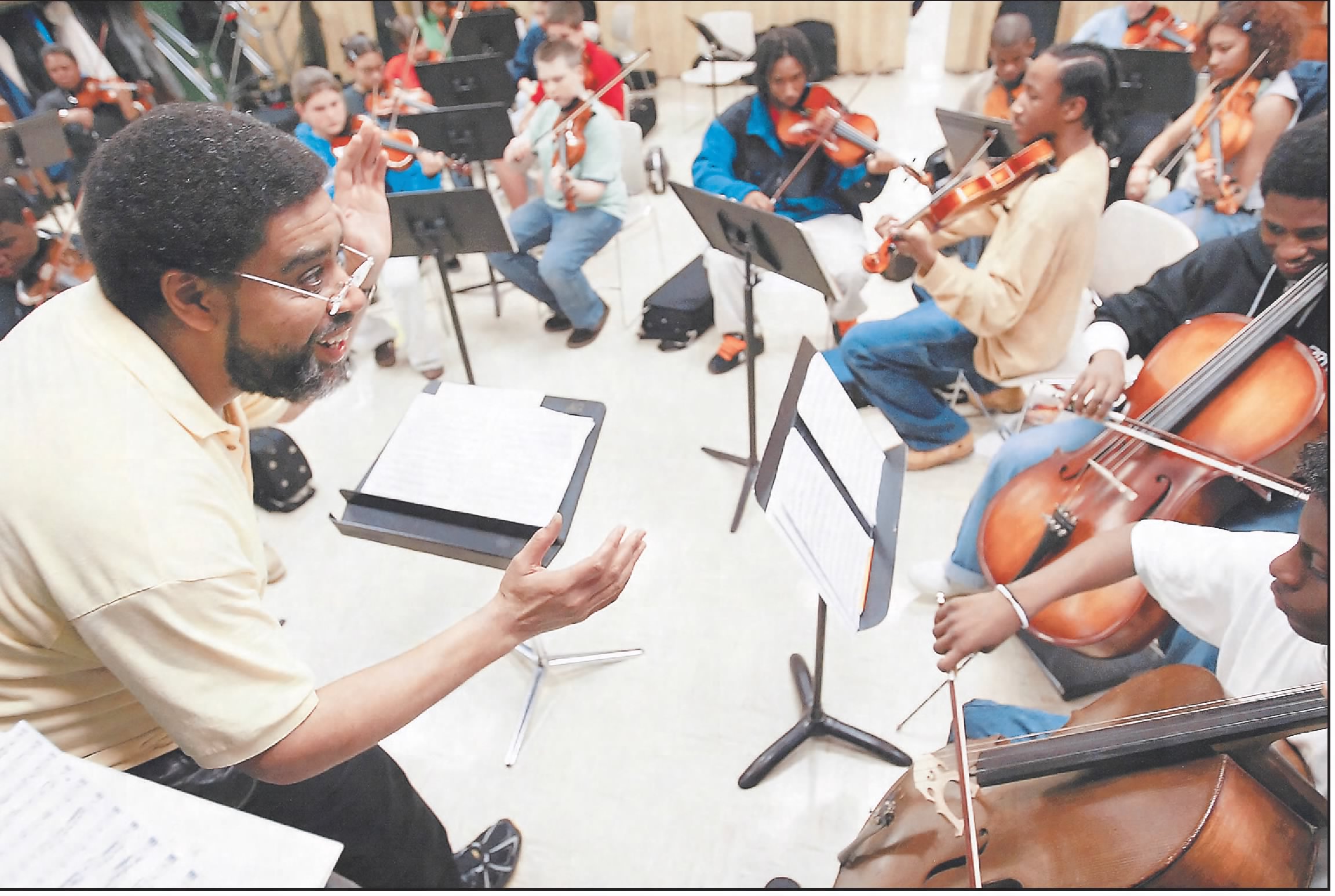 MYO staff come from a varied pool of professionals. Over the years, conductors, orchestral performers, educators, and business professionals have attempted to root firmly within the MYO musicians an appreciation of classical music.

MYO contains six musical ensembles and orchestras determined by grade level and ability. The musicians have performed at numerous venues including the opening ceremony of the International Swimming Federation World Swimming championships at the Indiana University Natatorium in 2004. Notably, in 2018 the musicians performed on the Millennium Stage at the Kennedy Center in Washington, D.C., as part of the Shift Festival of American Orchestras. Opportunities to showcase their talent at Indianapolis events such as the Indy Arts Council’s Art & Soul festival provide the exposure to community engagement that MYO founder Betty Perry hoped to achieve for her students.