Meridian Street United Methodist Church is the mother church of Methodism in Indianapolis. The first religious service held in Indianapolis was a Methodist one, and from that service, what became Meridian Street United Methodist Church began in 1819. A group of Methodists heard what is believed to be the first religious sermon given in what was to become Indianapolis on land that would become the home of the Indiana Statehouse. A circuit-riding preacher named Resin Hammond delivered it. In 1821, Methodists meeting in the log cabin of Isaac Wilson (at Maryland and Chesapeake streets) formed a church, Wesley Chapel, led by the Reverend William Cravens. 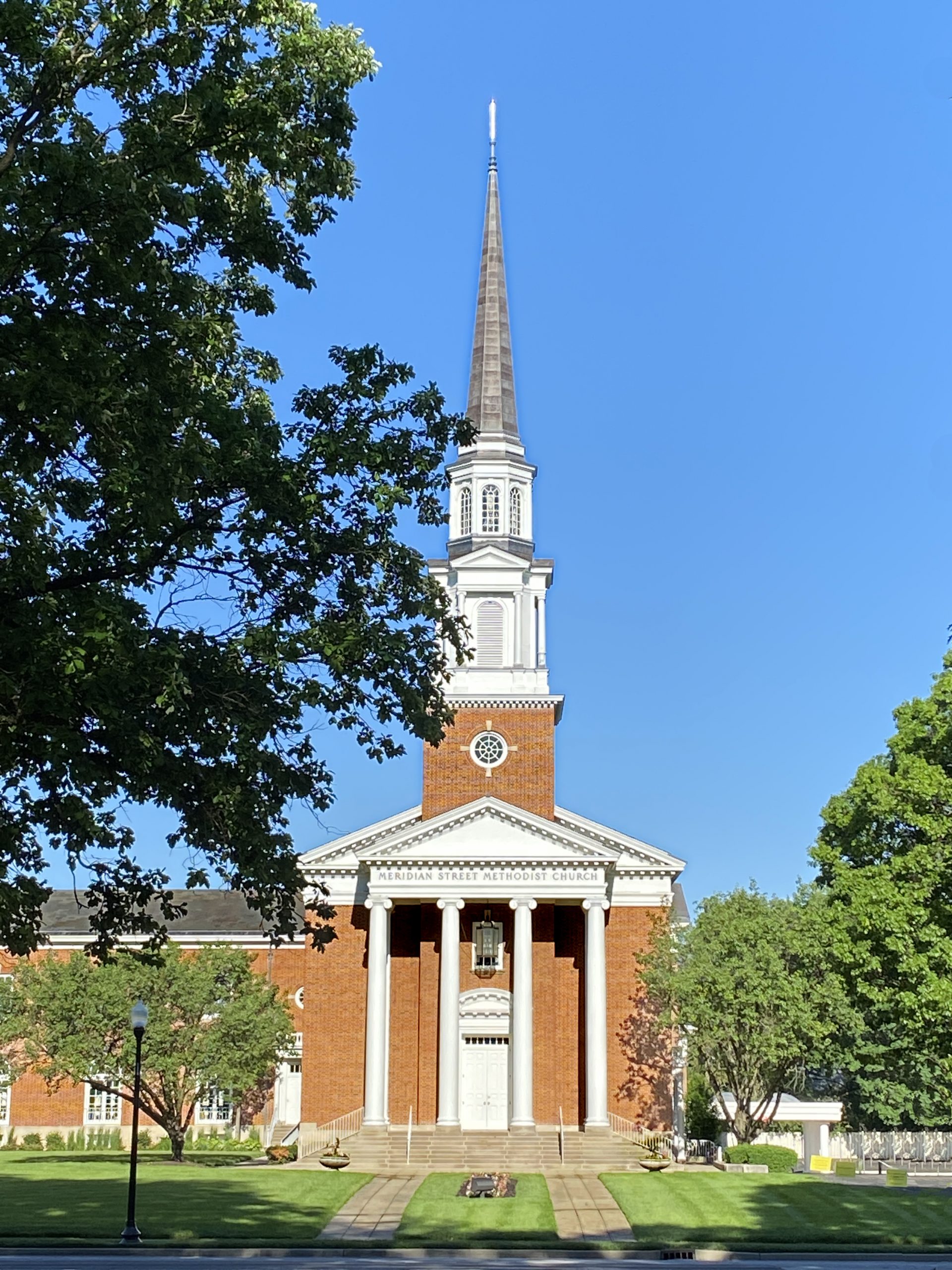 In 1826, the Methodists of Wesley Chapel purchased land on Governor’s Circle in the heart of the Mile Square. Their new brick church opened its doors in 1829 and remained in use until 1846. As Indianapolis grew over the course of the 19th century, so did Wesley Chapel. By 1870, the congregation had changed both its name, to Meridian Street Methodist, and its location to New York and Meridian streets. Its new, larger church was considered the most beautiful in the state. After a devastating fire in November 1904, the congregation moved again to St. Clair and Meridian streets.

By the dawn of the 20th century, the church was the epicenter of Methodist influence in the city, state, and nation. A former pastor from 1897, William Alfred Quayle, was named a bishop in 1908. The congregation counted among its members vice president of the United States Charles Warren Fairbanks, the senior U.S. senator from Indiana Albert Jeremiah Beveridge, the governor of Indiana J. Frank Hanly, as well as author Meredith Nicholson and the city’s leading lawyers and businessmen, including wealthy industrialist J. I. Holcomb. 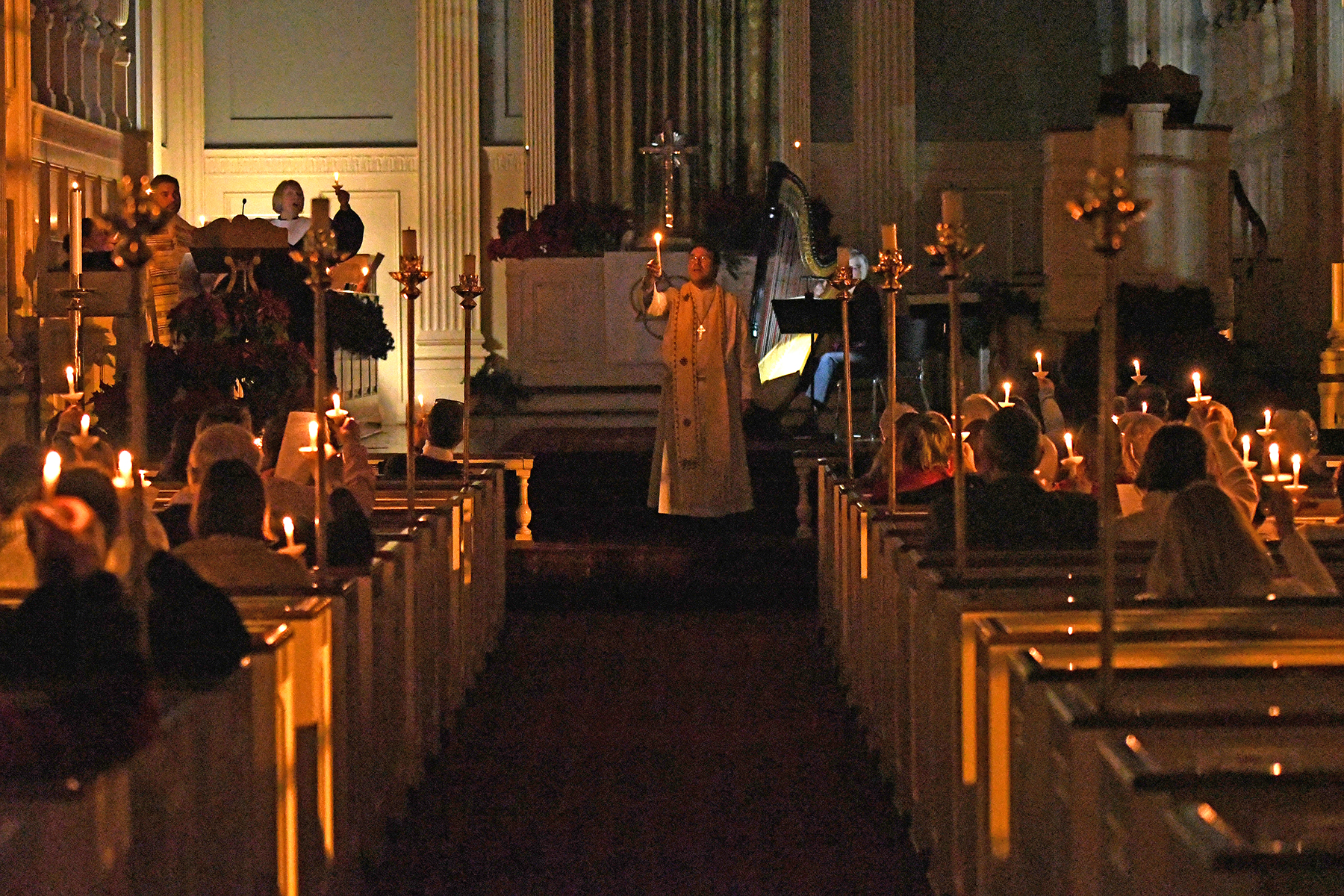 With changes to the city prompted by the creation of the nearby Indiana World War Memorial Plaza, the congregation moved again, this time to 5500 North Meridian Street. Almost immediately, homeowners in the area filed a lawsuit to block the church’s construction. For the next two years, the congregation fought a legal battle to build its new church, eventually prevailing. On December 7, 1947, the congregation celebrated its final service at St. Clair Street and moved in with 51st Street Methodist Church—with the two congregations merging at Meridian Street’s new location.

For most of the second half of the 20th century, Reverend Richard Lancaster led Meridian Street. Under his leadership, the Aldersgate Addition solidified the congregation in its new home in the Butler-Tarkington neighborhood, through improvements to the church’s physical facilities, updates to the building, and added classroom, office, and meeting space. In the years since, the congregation continued its commitment to the neighborhood by making further investments in its building and grounds, including a new welcome center for visitors and members. While far from immune to continued suburbanization and “Mainline decline,” the congregation believed its mission to the city and neighborhood anchored it to its North Meridian location. 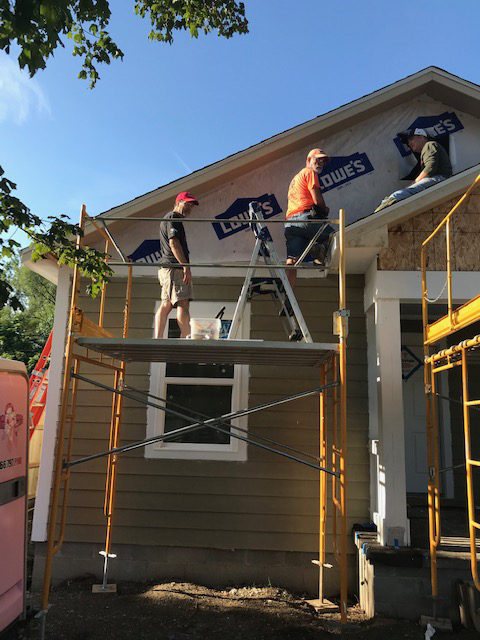 In 2021, the Meridian Street United Methodist Church launched its bicentennial celebration. As the first church in Indianapolis, the congregation felt a special part of the city’s own bicentennial celebration. With this anniversary, the congregation commissioned Andrea Neal and Jason Lantzer to write a history of the church (published by Indiana Historical Society Press), built a new playground, and renovated a courtyard into a bicentennial plaza—called the Celebration Terrace.

Meridian Street members have opportunities to engage with the local and global community through mission work and outreach programs. Children, youth, and adults may participate in relationship building, intellectual stimulation, spiritual development, and musical involvement through a variety of programs. Ecological stewardship provides another important pathway for congregants to live out their faith and care for God’s creation.

As Methodists wrestle with the idea of same-sex marriage, which may lead to a denominational split, Meridian Street is an LGBTQ-affirming congregation. The church counts around 1,000 congregants. Most live in the Butler-Tarkington, Meridian- Kessler, and other northside Indianapolis neighborhoods.