The Indianapolis Home Show is the oldest as well as one of the largest home shows in the country. The first Indianapolis Home Complete Exposition, its early name, was held at the Indiana State Fairgrounds in April 1922 and had more than 67,000 people in attendance.

Sponsored by the Metropolitan Indianapolis Board Of Realtors, the home show was a way to promote homeownership in Indianapolis. The show featured a five-room bungalow as its centerpiece, which was awarded to the winner of an essay contest on “Why One Should Own His Home in Indianapolis.” At the show’s conclusion, the house was moved to 13th Street and Emerson Avenue where it still stands.

Indianapolis resident J. Frank Cantwell, was the first to develop the home show concept in the United States with his founding of the Indianapolis Home Complete Exposition. Cantwell directed the exposition for nearly four decades, during which the show held design competitions for its luxurious centerpiece homes. He saw this event, with its unique centerpiece, as a way to introduce innovation into American home building and as examples of good design, excellent craftsmanship, and quality materials.

The real-life home display centerpiece instantly became the show’s main attraction. Centerpiece homes have been moved and rebuilt not only in Indianapolis but also in Terre Haute, Muncie, and Logansport. During the Great Depression, however, organizers had to forgo the costly trademark display for a more practical garden exhibition. At this time, the Metropolitan Indianapolis Board of Realtors dropped its sponsorship of the show. This brought on the formation of a separate entity, the Indianapolis Home Show, Inc., to run the event.

From 1942 to 1945, the show was temporarily suspended due to a shortage of building materials, manpower, and available space (the fairgrounds were used by the army for wartime activities). By 1947, the show returned with a new name, Indianapolis Home Show, and a nine-page spread on the centerpiece display in Better Homes and Gardens magazine.

The Indianapolis Home Show has since been used to introduce new and innovative products such as electric refrigerators, dishwashers, garbage disposals, and central air conditioning to Indianapolis residents. It also helped popularize the ranch-style home in the city during the 1950s.

By the early 1960s, annual attendance at the show had increased to 100,000 people, and this growth continued through the next several decades. In 1993, more than 150,000 people viewed the 700 exhibits, located in three buildings at the fairgrounds. 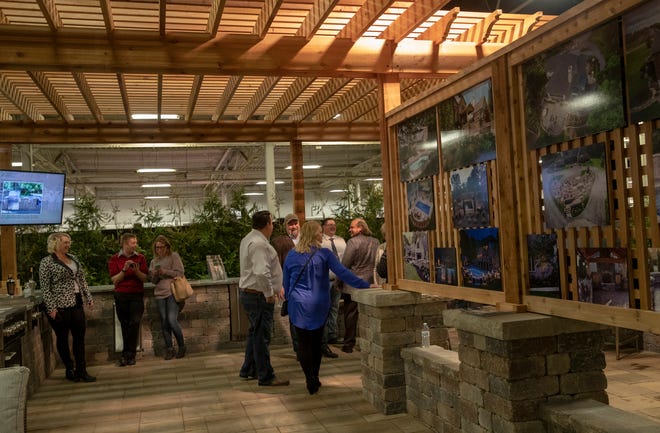 Starting in the mid-1990s, the Home Show also included cooking demonstrations by local and celebrity chefs. Celebrities from such television programs as Home Improvement, which aired on ABC (1991-1995) and Trading Spaces, featured on cable channels Discovery Home and The Learning Channel (2000-2008), made appearances. In 2003, the Home Show partnered with the Indianapolis Art Center to showcase the work of 11 local artists throughout the centerpiece home.

Through the years, the Indianapolis Home Show has been recognized by such publications as American Builder, Architectural Forum, Architectural Record, Arts and Architecture, and Better Homes And Gardens. The show continues to feature its staple centerpiece home display and provide inspiration to current and potential homeowners through a marketplace with new products and services and presentations from renowned local and international home professionals.

The Home Show usually occurs annually in January. Due to the COVID pandemic, the 2021 event was postponed to April.