The Indiana Historic Preservation Commission is a government agency that functions in cooperation with the City of Indianapolis to preserve both the character and fabric of historically significant areas and structures in Marion County. The commission identifies and protects historic properties through the creation of historic area preservation plans and issues certificates of appropriateness for land use changes, building alterations, new construction, and demolition of buildings in those areas. 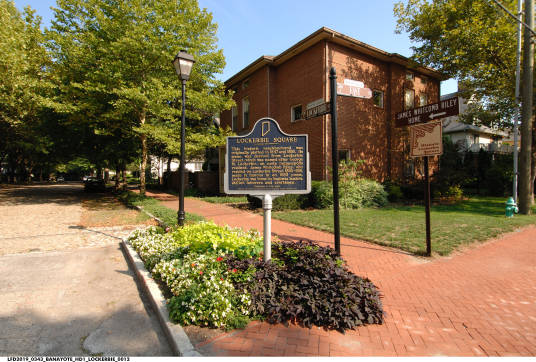 The commission was formed in 1967 by state legislation, with its seven commissioners appointed by the mayor. It gained its first task of architectural review in 1968 when a historic district zoning ordinance was adopted for Lockerbie square.

New legislation in 1975 strengthened the legal and financial base of the commission. Funding from the city’s 1975 Community Development Block Grant and from the Comprehensive Employment Training Act provided for the hiring of staff and the establishment of an office in the City-County Building. Since 1975, the commission has adopted historic area preservation plans for additional historic and conservation districts. In 1982 the commission’s state legislation was again amended. The number of commissioners was increased from seven to nine, and one commissioner was required to be a resident of a historic district. The commission has since developed policies and procedures to ensure a timely and fair review. Published guidelines in adopted preservation plans encourage compliance with nationally and locally accepted standards.

The commission and its staff, now part of the Department Of Metropolitan Development, work in cooperation with neighborhood associations, preservation groups, and the general public in pursuing the community’s preservation goals.

The Junior League of Indianapolis (JLI) is a women’...Read More »

Real Silk began operations in 1922 under the direction of ...Read More »

The Circle Theatre is the second-oldest surviving building on ...Read More »