Franklin College is a regionally accredited, coeducational, private liberal arts college located in Franklin, Indiana (about 20 miles south of downtown Indianapolis). Founded in 1834 by a group of Baptists as the Indiana Baptist Manual Labor Institute, the College opened its doors in 1837 after difficulties in hiring both a superintendent and a suitable teacher.

The school served about 40 students annually in its early years. Efforts to raise funds to support the school were challenging in its early years, as the economic situations in Indiana and the United States were both poor following the Panic of 1837. The Indiana General Assembly changed the name of the institution to Franklin College in December 1844, leaving other aspects of its charter intact.

The college is one of the state’s five oldest institutions of higher education. Though it was founded by a group of Indiana Baptists, it currently maintains a voluntary association with American Baptist churches and is not directly controlled by a congregation or association.

Franklin College occupies a campus of approximately 207 acres, including athletic fields and a 31-acre biology woodland, located in the county seat of Johnson County. The first academic building of the campus–Old Main–was constructed in 1847. Additions were made to the Gothic Revival/Late Victorian building in 1855 and 1888. It is topped by a bell tower and observatory. It was almost destroyed by fire in 1985. Shirk Hall, constructed in 1903, housed the institution’s library until 1964. It is a classical-revival brick building built on a raised basement with a cross-gabled roof and copper dome on an octagonal base. Its front entrance is adorned with Ionic order columns (fluted shafts with spiral capitals at the top). Both buildings were placed on the National Register of Historic Places in 1975.

The campus also features a 12-foot-tall statue of Benjamin Franklin, by local sculptor John Mahoney, that once stood in front of the Indianapolis headquarters of the International Typographical Union. Donated to the College by the union when it moved to Denver in 1963, the “Ben” statue is an iconic part of the campus landscape, and painting it for athletic and other events became a tradition. It underwent major restoration in 2014. 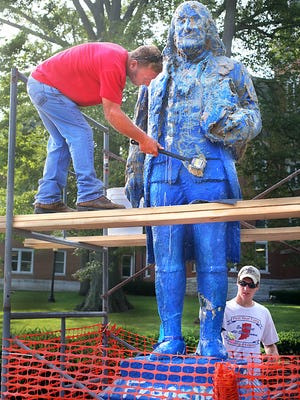 Franklin College serves approximately 1,000 undergraduate and graduate students. Enrollment comes largely from Indiana, but students come from around the country and the College boasts some international enrollment. Students generally live in one of four residence halls, one of three fraternities that offer housing to its members, or in one of the College’s themed housing options. 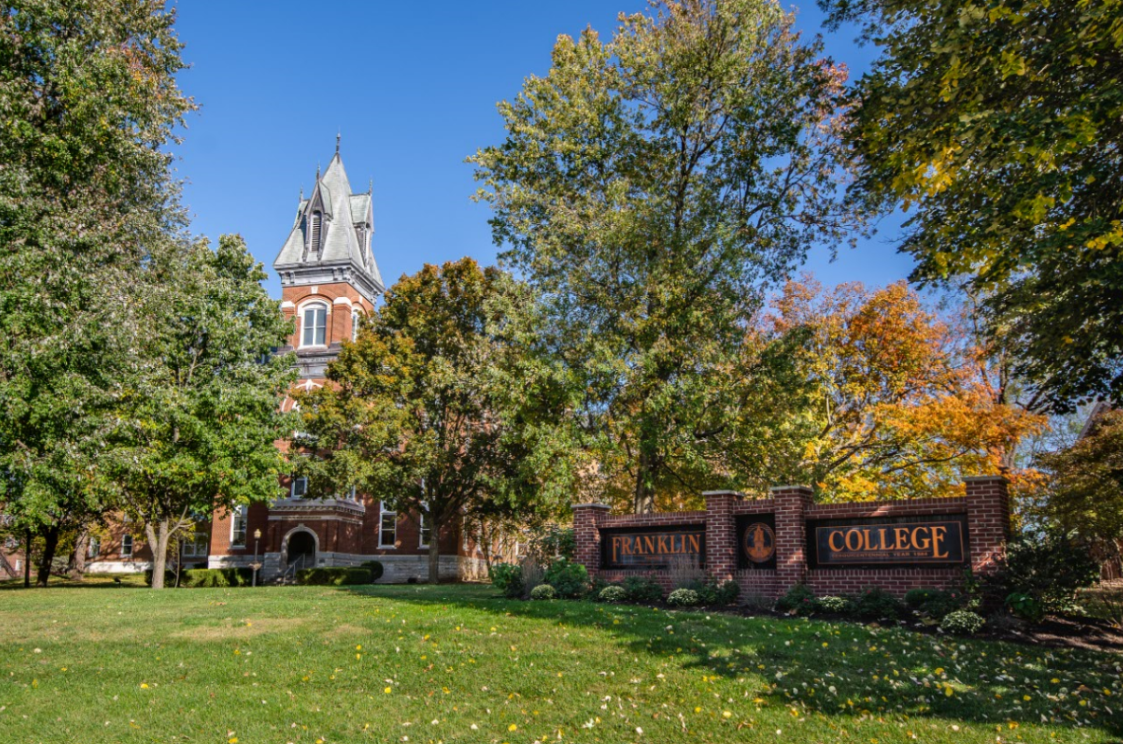 Founded with industry in mind, while retaining commitments to the traditional liberal arts education, Franklin College’s curriculum emphasizes professional development, immersive learning experiences, undergraduate research, and the development of what it calls a holistic skillset. The College emphasizes the flexibility of its curriculum and educational experiences and requires students to participate in what it calls an Immersive Term, an opportunity to spend January of each year taking non-traditional classes, internships, or travel opportunities. 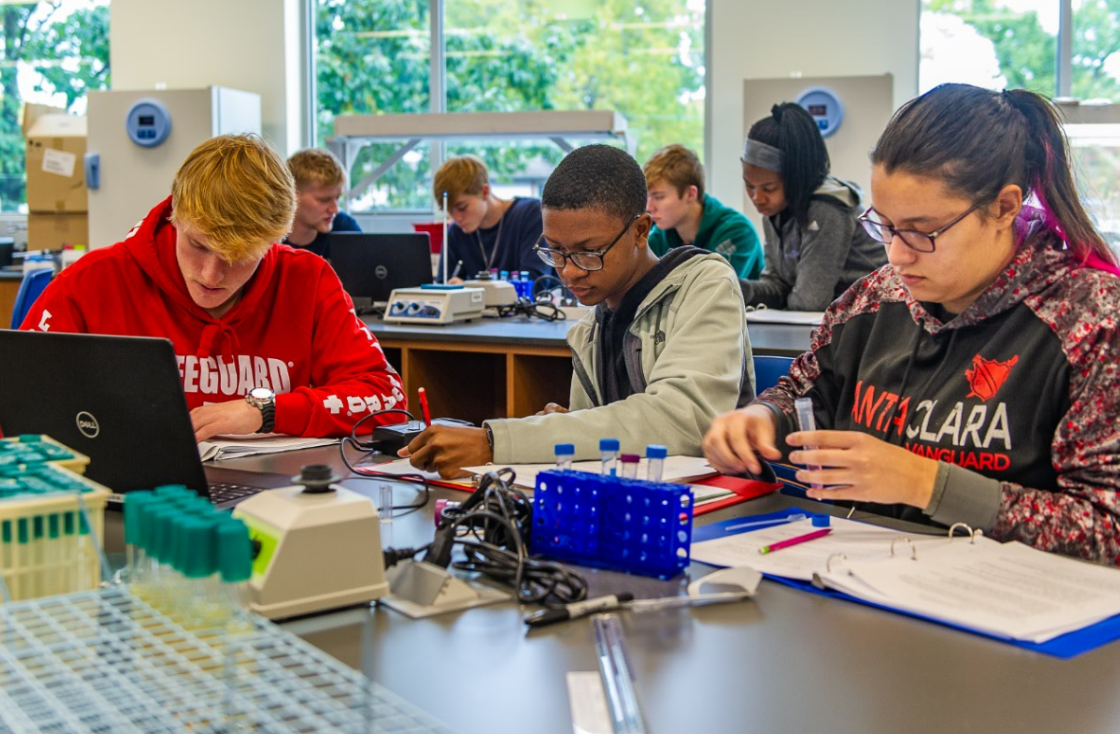 The College offers a robust collection of student life programs and organizations for students. This includes four fraternities, three sororities, and over 50 educational, interest-based, or service-oriented student organizations. The College maintains a Religious Life program for students, providing opportunities for religious and non-religious students to develop their spiritual lives.

The College competes in NCAA Division III athletics as a charter member of the Heartland Collegiate Conference. Athletic teams compete under the “Grizzlies” mascot and team name, with school colors being navy blue and old gold. Approximately 43 percent of Franklin College’s students participate in one of 21 varsity athletics teams. 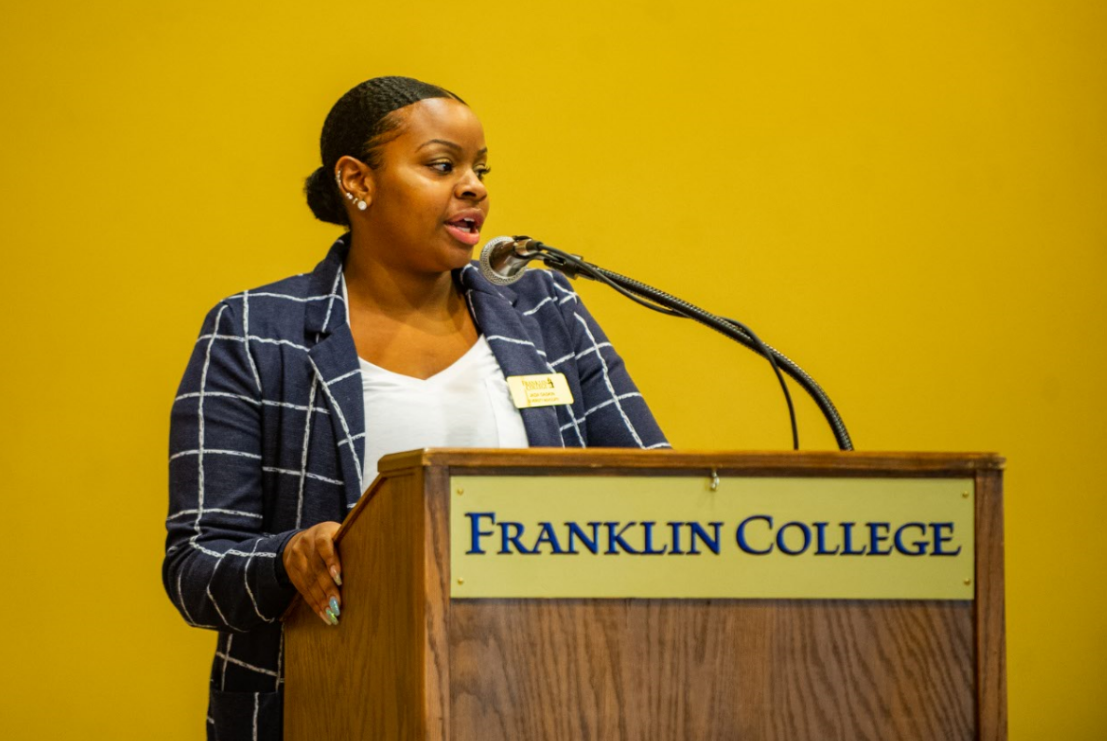 In January 2020, the Franklin College Board of Trustees terminated the employment of President Thomas J. Minar, who was charged in Wisconsin with sex crimes and possession of child pornography. Kerry N. Prather, who had served in a number of different positions at the college including director of athletics, head men’s basketball coach, and vice president for enrollment management, became president following Minar’s dismissal.