In August 1889, the Citizens Street Railway Company purchased the 246-acre Adam Scott farm, located along the Central Canal north of Indianapolis, to create a “suburban park.” Company president John C. Shaffer wanted to provide a place for city residents to picnic and play while also encouraging them to use the street railway. 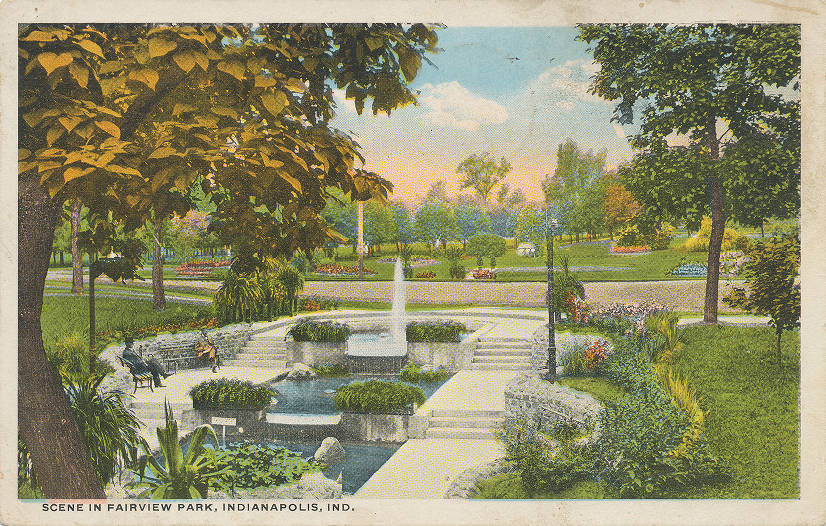 Fairview opened on June 18, 1890, the same day that the Indianapolis streetcar company began conversion to electricity. Shaffer chose the line to Fairview for the premier of electric service. The first electric streetcar ever to run in Indianapolis carried Cyrus H. McCormick and other Chicago capitalists. It took more than an hour for it to travel from the corner of Illinois and Washington streets to Fairview.

During its first decade, the park served as a popular rural retreat for bicyclists and streetcar riders. Beginning in 1899, Hugh Mcgowan, president of the newly consolidated Indianapolis Traction and Terminal Company, introduced amusements to Fairview to attract more visitors and increase streetcar ridership. “King and Queen, the diving horses,” a pony track, canoeing, and a bandshell were among the first attractions. The diving horses gained so much notoriety that Prince Pu Lun, son of the Chinese Emperor, made a point to visit Fairview during his visit to Indianapolis in May 1904 in order to see them (see Visit Of Prince Pu Lun).

Beginning in 1903, the company introduced electric-powered attractions, including a merry-go-round, electric fountains, moving pictures, and a miniature railway. One of the most popular attractions in the early 1910s was the annual visit of a group of Ojibwas, members of a Native American tribe from southern Canada and the northern Midwestern United States, who dramatized Longfellow’s “Hiawatha” along the banks of the canal.

In November 1922, Butler University purchased the park from the Indianapolis Street Railway for $200,000 (nearly $3.1 million equivalent in 2020) and relocated its campus there.

Fairview Park was located in the area that is now Butler University.