The first Indianapolis branch of the Church of Jesus Christ of Latter-day Saints (also called Mormons) was established in 1919, but the religious institution’s association with Indianapolis and the rest of the state began long before that. In Indiana, as elsewhere in America in the 1830s, freedom of thought and an independent philosophy fostered by an absence of strict ecclesiastical control gave rise to many different religious ideas.  The Church of Latter-day Saints, founded in upstate New York in 1830 by Joseph Smith and a few followers, was among these. By 1831, the Mormons had begun to move away from New York toward the frontier. 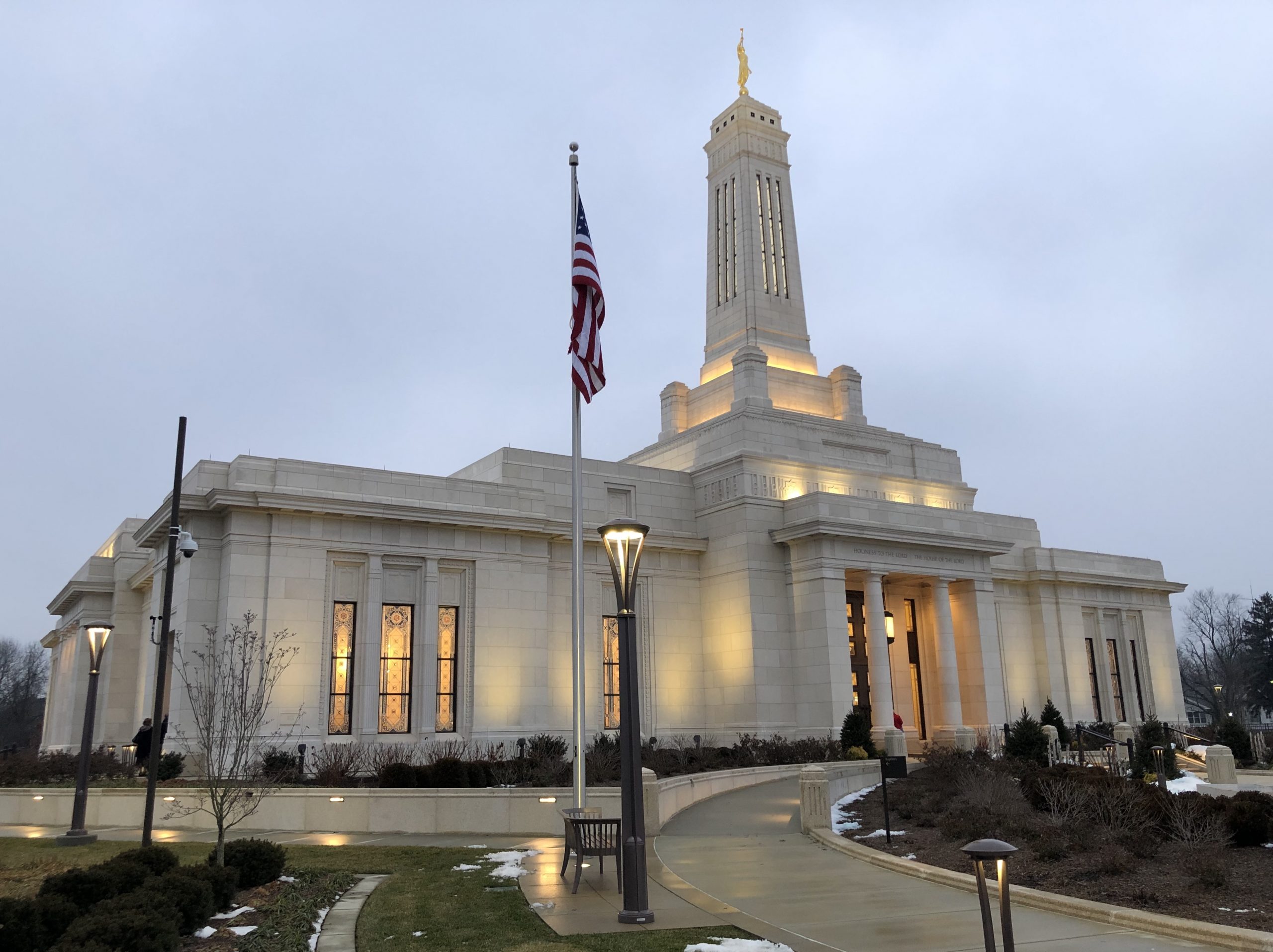 Although early members did not choose to settle in large numbers in any part of Indiana in the decade of the 1830s, they crossed the state several times. Two church centers, one at Kirtland, Ohio, and another in Jackson County, Missouri, made it necessary for early leaders to travel in and out of Indiana preaching what they believed was the ancient gospel restored in modern times. Samuel Smith, Joseph Smith’s brother, and Reynolds Cahoon were probably the first missionaries to preach in Indiana. These two and other early Mormon missionaries often attracted large numbers of curious frontiers people who had heard of the Mormon belief in an indigenous American church and a new American scripture, The Book Of Mormon.

Although there were several small branches of the church throughout the state in the 1830s, many converts were encouraged to “gather to Zion” in western Missouri to await the millennium. One of the earliest Indianapolis converts was Horace Eldredge, who was comfortably settled on a farm near the city in 1836. Eldredge returned to Indianapolis several times before he left the state permanently in 1847 and traveled to Utah in the Mormon exodus.

The most dramatic crossing of Indiana came in 1834 when a group of Mormons known as Zion’s Camp traveled from Ohio to Missouri to restore Mormon property that the Mormons believed had been confiscated illegally by the Missourians. Horses, supply wagons, provisions, and arms accompanied the group as it followed the old National Road across Indiana. As the party approached Indianapolis, local people spread rumors that the governor would stop it. But Joseph Smith directed the wagons to travel some distance apart and to scatter through different streets. In this way, the group passed through Indianapolis without arousing extensive suspicion.

In the mid-1840s, the Utah branch of the Mormon Church abandoned Indiana until 1882 when missionaries began to return to proselytize as a part of the Northern States Mission. By 1919 enough Mormons lived in the area for the church to reestablish an Indianapolis branch. In the 1940s many Indiana branches, including the Indianapolis branch, became wards (the equivalent of a parish).

In May 1959, the first Indiana stake, a collection of contiguous congregations called branches or wards (analogous to a diocese), was organized with its headquarters in Indianapolis. Philip F. Low, a Purdue agronomy professor, was the first president of the Indianapolis Stake of Zion. On the day of its organization, the stake population was 2,162; there were seven wards, two in Indianapolis.

Over the course of the next few decades membership grew. In October 2010, plans to build a temple in Indianapolis were announced at the church’s annual conference in Salt Lake, City. At the time, Paul Sinclair, an Indianapolis stake president stated, “We’re not getting a temple because we deserve one. We’re getting a temple because we need one.” The Mormons counted approximately 41,000 members statewide.

In March 2011, representatives of the Church of Latter-day Saints met with Carmel city officials to begin discussions about preliminary plans for an Indianapolis Temple on a 48-acre plot of land at Spring Mill Road and 116th Street in Carmel. Groundbreaking rites took place in September 2012, with Elder Donald L. Hallstrom, president of the Quorum of the Seventy (the governing body of the church) presiding.

In addition to the Temple, the Indiana Temple also includes an adjoining meetinghouse. While the Temple space is used for special forms of worship, the meetinghouse is used for regular weekly services. Eight other meetinghouses exist throughout greater Indianapolis, with over 3,600 members.