(Feb. 4, 1798-May 26, 1866). Early settler, lawyer, banker, civic leader, and diarist, Calvin Fletcher was born in Ludlow, Vermont, the 11th of 15 children. He attended local academies before moving to Urbana, Ohio, where he taught school to support his study of law. After residing briefly in Lynchburg, Virginia (1820), he returned to Urbana where he obtained his license to practice law in January 1821. Fletcher married Sarah Hill, and in October 1821 and they moved to Indianapolis. 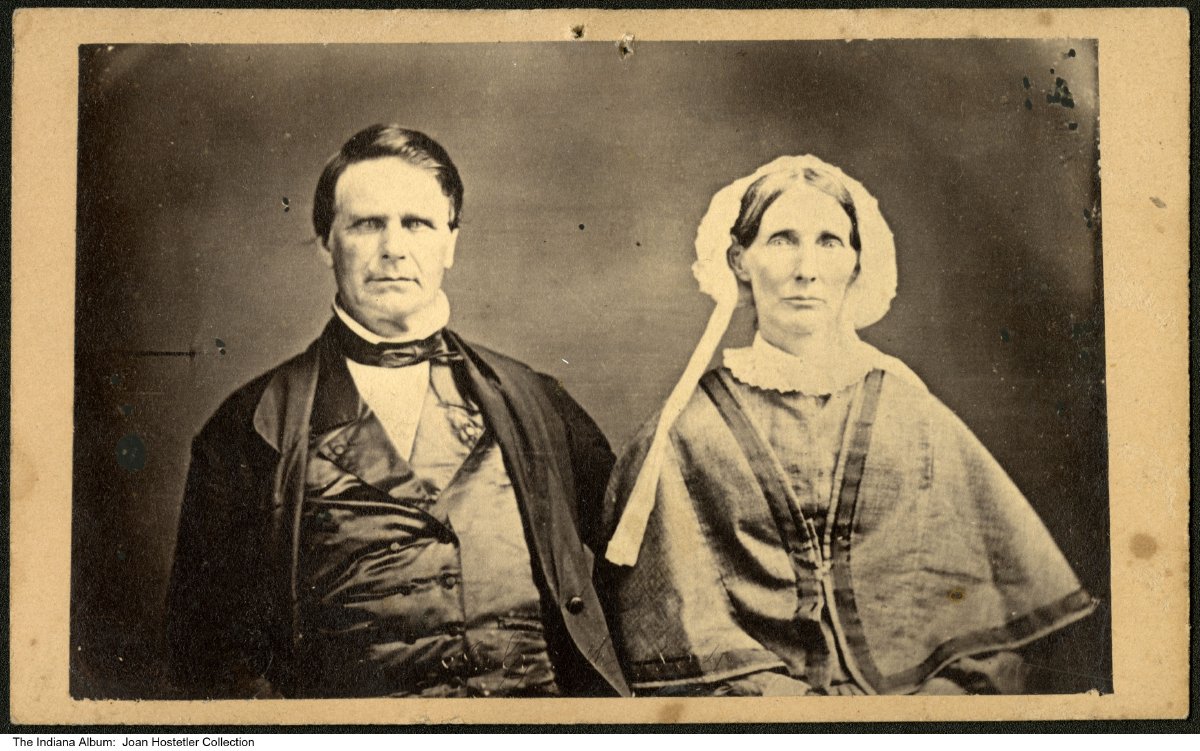 The Fletchers had little money when they arrived in Indianapolis, but Calvin began investing in land. Between 1826 and 1830, he acquired 450 acres northeast of town, which became one of many farms that he owned in Marion County. As his holdings grew so did his interest in farming. He became the first treasurer of the Marion County Agricultural Society (1835) and cofounded the Indiana State Horticultural Society (1840). In his later years, Fletcher wrote extensively about agriculture, breeding, and raising livestock.

Fletcher was one of the first lawyers in Indianapolis and practiced law for two decades. He was appointed township overseer of the poor and county prosecuting attorney when the county government formed in April 1822. He also served as attorney for the fifth judicial circuit (1825-1826). Fletcher served as state senator representing Boone, Hamilton, Hancock, Hendricks, Madison, and Marion counties (1826-1833), his only elected office.

Fletcher took cases that others considered controversial. He defended those accused in the Fall Creek Massacre (1824-1825) and represented an African American woman who sued for her freedom (1829). Fletcher practiced law with partners Ovid Butler and Simon Yandes in the 1830s, handling both civil and criminal cases. Fletcher dissolved the partnership in March 1843, telling his partners that he wished to “finish my days as a husbandman [like] my father.”

Fletcher supported economic development, including canal and railroad construction, in Indianapolis and Indiana. In 1834, he became a founding director of the State Bank of Indiana. He served as sinking fund commissioner (1834 -1841), director of the Indianapolis branch of the State Bank (1841-1844), and branch president (1843-1858). In 1857, Fletcher founded the Indianapolis Branch Banking Company with Thomas Sharpe and acquired banking interests in Madison, Indiana. He also was appointed director and president of the Indianapolis and Bellefontaine Railroad. By the end of his life, Fletcher was one of the wealthiest men in Marion County, among the largest landowners, and the largest single taxpayer in 1865.

A dedicated parishioner of one of the first churches in Indianapolis, the Methodist Episcopal Roberts Chapel, religious instruction imbued him with a deep sense of duty toward his fellow man. Religion, he felt, formed the only reliable basis for successful private and community life.

He was a founder of the Indiana Colonization Society (1829), the Indiana Historical Society (1830), and supported the Indiana Temperance Society. On Thanksgiving Day, 1835, Fletcher, with James Blake and james m. ray, formed the Indianapolis Benevolent Society to care for the poor of the city through voluntary contributions and to strengthen family life. Fletcher served as secretary until his death. In 1847, he donated to the city’s 1847 relief fund for Irish citizens suffering during the Great Famine.

Sarah Fletcher died in 1854, and Fletcher married his second wife Keziah Price Lister in 1855. Lister came to Indianapolis after her husband had deserted her in Hallowell, Maine. After Fletcher met Lister at an Indianapolis Benevolent Society Meeting he went to great lengths to secure a divorce between her and her husband in order to marry her. Fletcher and his wife served the organization together for the rest of their lives. Fletcher acted as trustee of Crown Hill Cemetery, YMCA, Indianapolis public schools, Marion County Seminary, and the Indiana Female College (merged in 1865 with the Indianapolis Female Institute/Seminary).

In addition to his role in developing early Indianapolis, Fletcher is well known for his diary, which he began in Vermont and which extends to May 13, 1866, only days before his death.

Sarah Fletcher maintained a diary from 1821-1838, although her diary is not as extensive as her husband’s. Fletcher left all of his and Sarah’s diaries and personal papers to their family, stipulating that they be given to the Indiana Historical Society. The diaries form the basis of The Diary of Calvin Fletcher (9 vols), edited by Gayle Thornbrough and D. L. Riker.

A historic marker indicates the property owned by Calvin Fletcher called Woodlawn . The area was platted in 1854 and is now known as Fletcher Place.

Volunteering is central to our understanding of the nonprofit ...Read More »

Parks and recreation have been, and continue to be, ...Read More »

Laws governing the observance of the Sabbath have existed ...Read More »

Because of the harsh remedies of bloodletting and purging ...Read More »

Maywood is a Wayne Township neighborhood centered near the ...Read More »