Brownsburg is in Hendricks County, approximately 17 miles west of Indianapolis.

James B. Brown settled in Brown Township in 1824, which was named for him. As Brownsburg’s first settler, he found a dense and unbroken wilderness with only hunters and trappers in the area. Delaware Indians lived in what later became Lincoln Township, along White Lick Creek, which was then called “Wa-pe-ke-way” or “White Salt.” The creek, a tributary of White River, flows north to south through town, just west of the town center.

In 1828, the first log schoolhouse was built in Brown Township. More settlers arrived once a stagecoach line was established along a road built in 1820 connecting the outlying communities to Indianapolis. William Harris settled in the area north of what became Main Street, selling sections of woods to incoming pioneers which gave the town its original name of Harrisburg in 1835. After the establishment of a post office in 1836, it became clear that the name of Harrisburg was already used by another Indiana post office, thus the town’s name officially changed to Brownsburg. 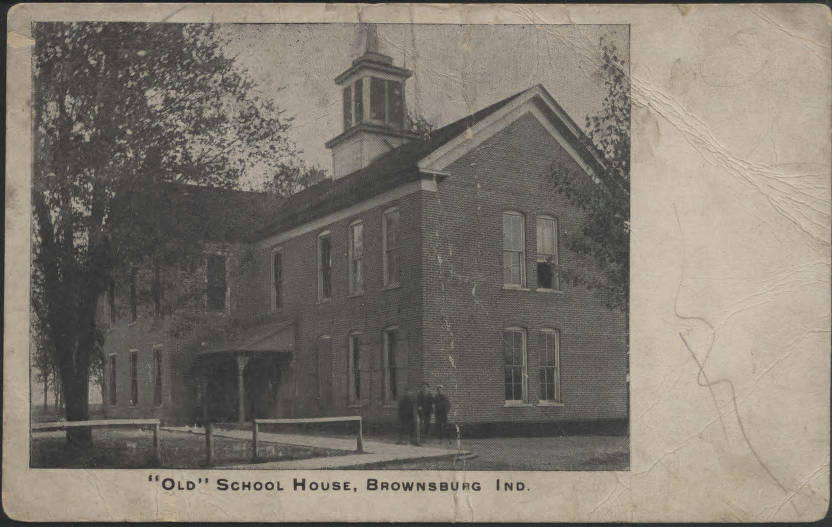 Brownsburg tripled in size from 1840 to 1870, increasing from 6 to 16 acres. The first church building erected was a log structure in 1840. The town’s first election occurred in 1848, with a total of 10 white males casting votes.

In 1869, the Big Four Railroad opened service to Brownsburg. By 1910, the Interurban made daily trips between Indianapolis and Crawfordsville with scheduled hourly stops in Brownsburg.

In 1917, Superintendent of Schools Sylvester Moore and his wife played an instrumental role in forming Brownsburg’s first public library, a Carnegie Corporation-funded library. Later, the building later served as the Brownsburg Police Department headquarters. (In 2020 the former Carnegie library served as the home for the Hendricks County Solid Waste Management District.) The first two-story schoolhouse was built in 1917, its gymnasium was featured in the 1986 feature film Hoosiers. The first high school was erected in the late 1950s, as was the first shopping area, established on the eastern edge of Brownsburg. 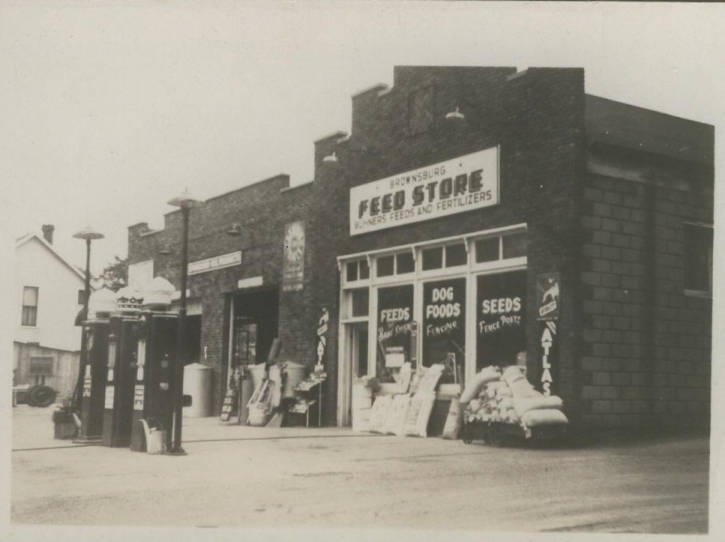 The Brownsburg Town Council voted on July 21, 2011 to annex 2,200 acres, including the 267-acre Indianapolis Raceway Park which lay in Clermont. More than two-thirds of the top NHRA teams are based in Brownsburg. The largest industries in Brownsburg were in health care and social assistance, retail trade, and manufacturing. In the late 2010s, Brownsburg saw historic levels of investment, which included mixed-use development in the downtown area, new and expanded commercial and retail options in commercial corridors, expanded schools, and the opening of the 110,000 square-foot Hendricks Regional Health Brownsburg Hospital in January 2018. 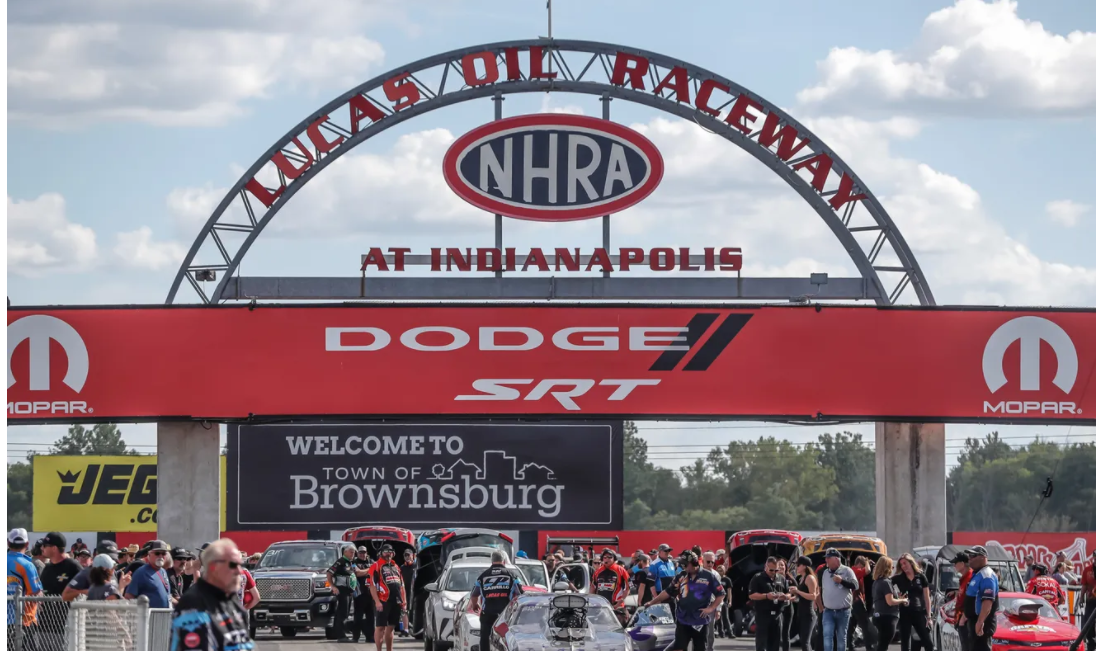 Brownsburg residents elect a town council of five members to serve as the legislative branch. The members serve in four-year staggered terms, with authority to adopt ordinances and resolutions, purchase, hold, and transfer property, and adopt a budget.