(Jan. 29, 1859-Apr. 14, 1926). Born in Indianapolis, Stark received formal art training at age 16 as an apprentice to a lithographer in Cincinnati. He also enrolled as a night student at the School of Design of the University of Cincinnati. 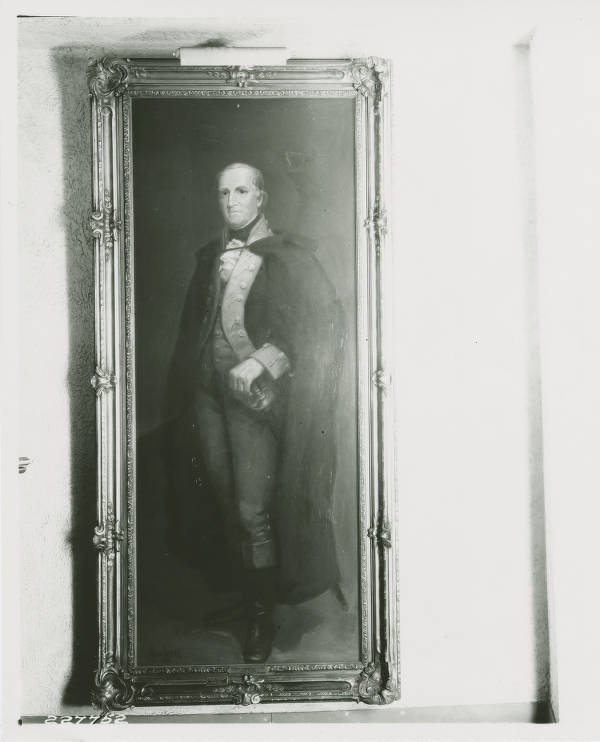 Stark moved to New York City in 1879, and, for several years, he worked as an illustrator while studying at the Art Students’ League under the tutelage of William Merritt Chase, Walter Shirlaw, and Carroll Beckwith. Seeking more intensive training, he enrolled in the Académie Julian in Paris in 1885. There, he studied with Gustave Clarence Rodolphe Boulanger (1824-1888), then well-known as a classicist painter, and Jules-Joseph Lefebvre (1836-1911), best-known for his paintings of nudes in the classical style, as well as in the atelier of Fernand Cormon (1845-1924), a leading French painter of historical scenes at this time. Stark exhibited paintings in the Paris Salons of 1886 and 1887.

With his French wife, Marie Nitschelm, and their one-year-old daughter, Stark returned to New York City in 1888. He took a job in commercial art, supplementing his earnings with illustration work for Scribner’s Monthly and Harper’s Weekly. After the family moved to Philadelphia in 1890, Marie, whose health had been weakened by successive childbirths, died in 1891. Stunned by her death, Stark took his four young children to Indianapolis, leaving them in the care of his father and sister while he pursued lithography in Cincinnati.

Two years later, Stark returned to Indianapolis where he taught classes in oil and watercolor from his studio on East Market Street. In 1899, he became the supervisor of art at Manual High School and, in 1905, joined the faculty of the John Herron Art Institute as an instructor of composition and illustration. As a teacher, Stark was known as much for his soft-spoken ways as for his technical competence in the classroom. Among the artists he influenced were Elmer Taflinger, Marie Goth, Simon Baus, Paul Hadley, and William Edouard Scott.

Despite Stark’s busy teaching schedule, he continued to produce exhibition pieces. While outdoor scenes dominated his work, Stark usually included figures in his compositions. Indeed, his focus was usually on the figure(s), rather than elements of the landscape. Of the Hoosier Group, his work showed most clearly the impact of Impressionism.

Stark held his positions at Manual and John Herron until retiring from both in 1919. No longer bound by the academic calendar, he extended his yearly sketching trips with his colleague J. Ottis Adams to Leland, Michigan, and New Smyrna, Florida. Stark continued to paint in his Indianapolis studio until the end of his life. His work is represented in the collections of the Indianapolis Museum Of Art, the Indiana State Museum, and Manual High School.

The first Hoosier Salon was held in the galleries ...Read More »