Founded in 1905, the Jewish Federation of Indianapolis was one of the earliest examples of the new Jewish federated giving movement originating in Boston in 1895. Committed to taking care of their own, the federations operated a single fundraising campaign annually to coordinate and support Jewish needs in the local community. The Jewish federations served as the model for local community chests that became United Way. As congregations in smaller Jewish communities around Indiana have dissolved, JFGI has assumed responsibility for caring for their cemeteries.

The Jewish Federation in Indianapolis was founded and initially led by German Jews who had emigrated to the United States beginning in the 1850s. It primarily served the new Jewish immigrants from eastern Europe who were fleeing virulent antisemitism and pogroms. Gustave A. Efroymson, a leading merchant, was the Federation’s first president. He served a total of 23 years in that role. Descendants of the early leaders continue to be active in the Indianapolis Jewish Community. 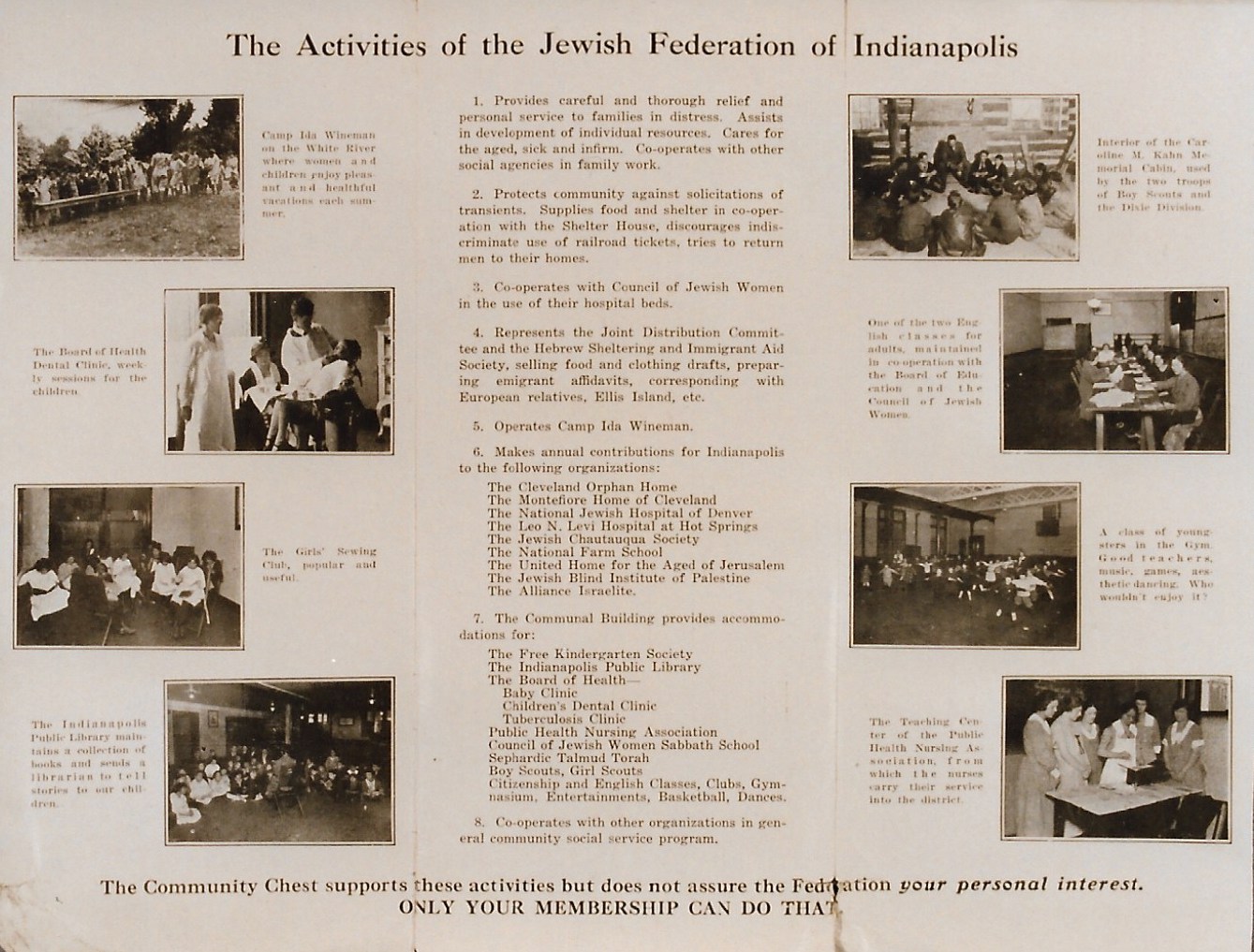 The Jewish Federation of Greater Indianapolis is the central philanthropic, planning, community engagement, and unifying partner for the Jewish community across central Indiana. Guided by Jewish values, JFGI focuses on six strategic areas: engagement and community building; Jewish learning and experience; resource development and capacity building; communication and collaboration; leadership development; and supporting the needs of Israel and Jews around the world. As the fundraising agency for Jewish community needs, JFGI allocates 75 percent to local community agencies and projects; 21 percent to global Jewish causes, and 4 percent to national Jewish organizations.

Jewish faith and tradition have developed and adapted to ...Read More »