Home Place is a Hamilton County suburban area, centered at the intersection of 106th Street and College Avenue. Before 1914 the area now known as Home Place was called Pleasant Grove, a small farming community of a few homes, a school, two sawmills, and the Pleasant Grove Methodist Episcopal Church. In 1914 the Orin Jessup Land Company purchased farmland in the area and platted Home Place along the Kokomo interurbans line. The company hoped College Avenue would be developed as U.S. 31, but Meridian Street became the federal highway and development moved west of the town. Lot sales slowed and the area never incorporated, although two later additions were platted. 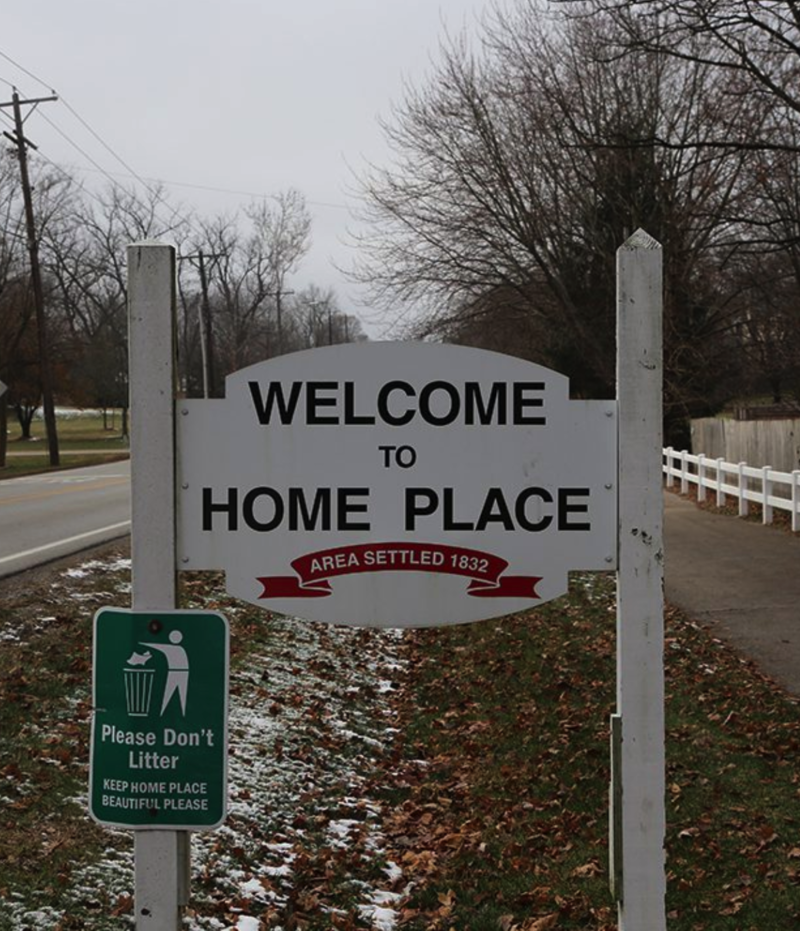 Primarily residential, Home Place counted only about 200 residents in the 1940s when a few small businesses, a general store, and a filling station made up the business district. In the 1970s and 1980s, as Carmel and Indianapolis expanded, a number of subdivisions were built near Home Place. According to estimates, about 5,000 residents lived in the area in 1989. New commercial and residential developments continued to encroach on Home Place in 1990s and little was left of the old community.

Home Place remained the only area in Clay Township that the city of Carmel did not annex. Just a little under two square miles in area, the residents resisted annexation in the courts for decades. In November 2016, a federal judge cleared the way for Carmel’s legal taking of the area, with or without the approval of Home Place population. The annexation became official on March 1, 2018. It was Carmel’s 57th and completed the township’s complete absorption by the city. In 2021, the city of Carmel began a number of infrastructure improvements for the area, including its first roundabout.

Home Place This small suburban neighborhood is located north of Indianapolis in Carmel.

Hamilton County is adjacent to Indianapolis-Marion County to the ...Read More »