(ca. 1765-Apr. 2, 1821). Born in North Carolina, Goerge Pogue is one of the two individuals credited with being the first white settler in Indianapolis. When state commissioners convened at John McCormick‘s cabin in June 1820 to select a new state capital, about 15 families resided in the area. Among them, John McCormick and George Pogue, a blacksmith, are considered to be the area’s first permanent white settlers. 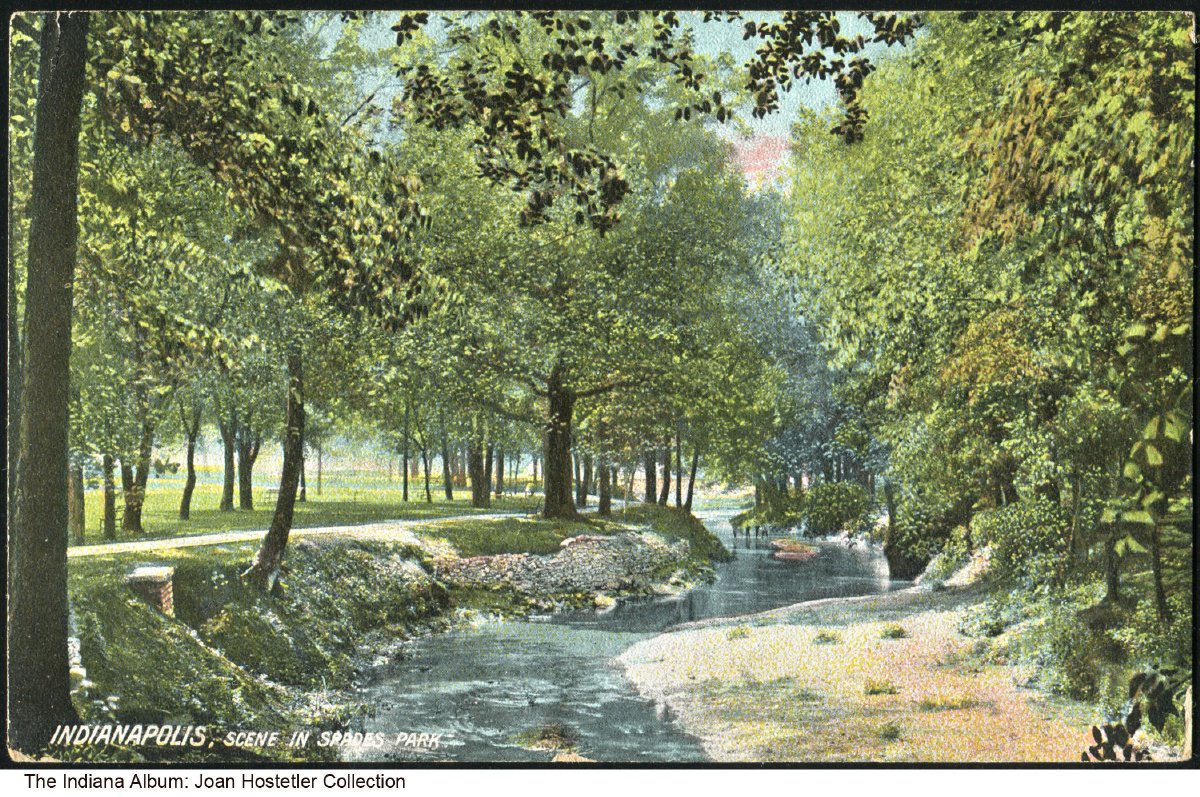 Family histories claimed that Pogue and his family of seven left Connersville, Indiana, in February 1819. They cut a trail in line with present-day Brookville Road, arrived at the future site of Indianapolis on March 2, and settled approximately where Pogue’s Run crossed today’s Michigan Street.

Pogue’s place in the local lore of Indiana’s state capital was enhanced by his mysterious disappearance. In April 1821, Pogue ventured into the woods near the settlement searching for lost horses he believed to have been stolen and never returned.

Historian Jacob Piatt Dunn argued in his Greater Indianapolis (1910) that Pogue actually arrived March 2, 1820, one year later than family recollections indicated, noting that Pogue’s widow registered at an 1854 old settlers meeting as having arrived in 1820, not 1819. Dunn claimed that, in early 1819, Ute Perkins arrived in the area and built a cabin along a creek, known briefly thereafter as Perkins Creek. Depressed by the isolated life, Perkins returned to Rush County, and the Pogues, who arrived the following year, occupied Perkins’ vacant cabin. After Pogue’s disappearance, settlers renamed the creek Pogue’s Run, memorializing him as the first permanent settler within the congressional donation lands.

Highland-Brookside is an eastside neighborhood bounded on the north ...Read More »