(June 30, 1898-June 24, 1962). George Jo Mess was born in Cincinnati but grew up in Indianapolis, where his family settled in 1899. He attended Arsenal Technical High School, graduating in 1916. While still in high school, he became a scholarship student at the Herron School Of Art, where he came under the influence of the respected teacher Marie C. Todd and Hoosier Group artists Otto Stark and William Forsyth. Following high school, he continued to paint in Forsyth’s night classes at Herron. 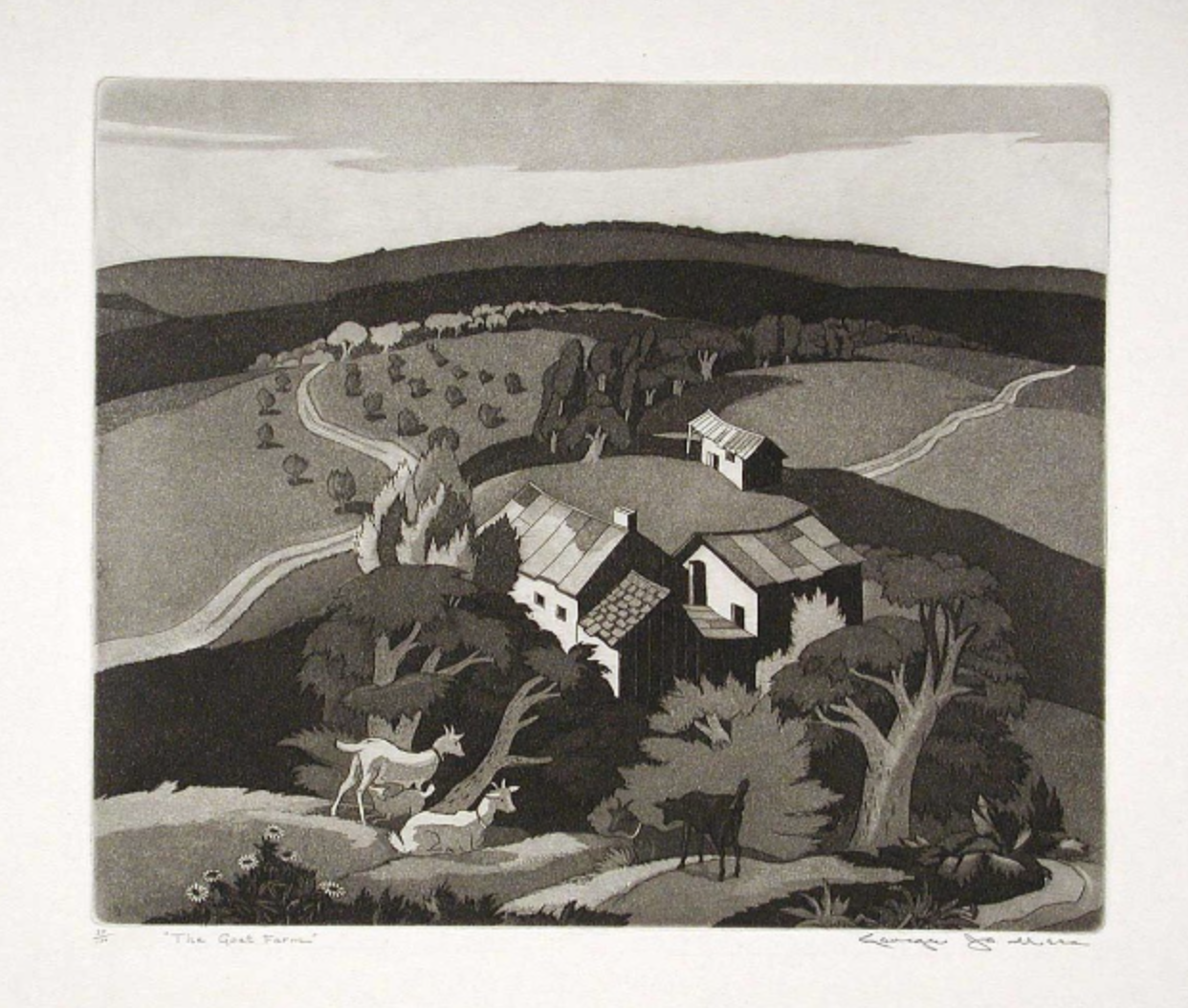 Further training eventually included the study of design under Arthur W. Dow at Columbia University’s Teachers College. In the summer of 1929, Mess studied fresco, landscape, and figure painting in France. Back in the United States, he won a Louis C. Tiffany Fellowship for a summer of painting at the Tiffany estate in 1931 and subsequently studied at the School of Design in Chicago.

Possibly Mess’ most practical instruction in art came from Evelynne Bernloehr, whom he married in 1925. Self-taught in printmaking until she studied etching at Fontainebleau with the French master engraver-printer Achile Oeuvre, Evelynne Boernloehr Mess Daily was well qualified to pass on her knowledge of the craft. Indeed, the two were partners in art for the rest of their years together, with Evelynne often providing technical assistance during George’s printmaking. Between 1935 and his death in 1962, he created 164 aquatints, one etching, one mezzotint, and three block prints. 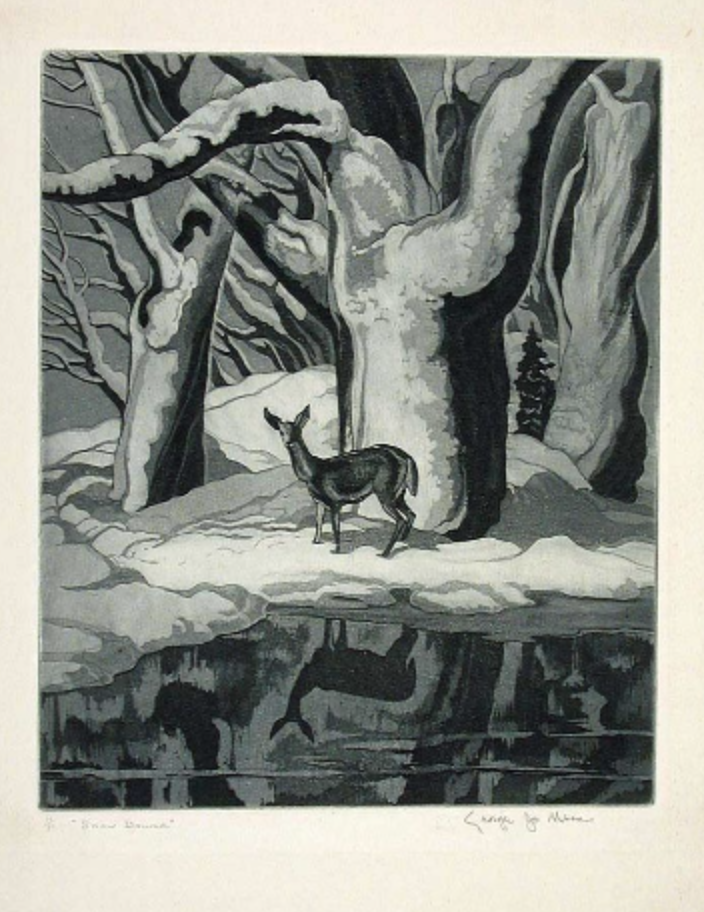 For the most part, Mess portrayed familiar, everyday scenes, persons, and places. His style found favor both within the region and elsewhere, and he received numerous awards over a 25-year period. His works may be found among the collections of many institutions, including the Philadelphia Museum of Art, Library of Congress, Cleveland Museum of Art, Metropolitan Museum of Art (New York), Indianapolis Museum Of Art, Indiana State Museum, and Broad Ripple High School, Indianapolis.