Broad Ripple is a northeast neighborhood bounded by White River, Evanston Avenue, Kessler Boulevard, and Meridian Street. Broad Ripple began as two separate communities alongside the Central Canal. In April 1837, Jacob Coil platted Broad Ripple north of the canal. One month later, James and Adam Nelson established Wellington on the south bank. A few small businesses sprang up to serve the canal laborers and travelers coming by mule-powered boats from Indianapolis. In 1884 the two rival communities came together and incorporated as Broad Ripple with about 150 residents. 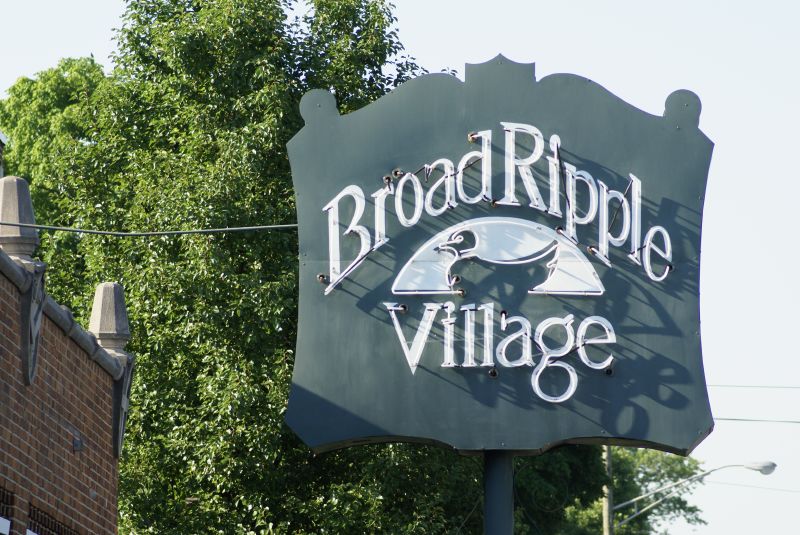 The canal, a commercial failure, passed into private ownership in 1851 and eventually became the property of the Indianapolis Water Company. Other transportation routes, such as Westfield Boulevard, were developed to link Broad Ripple with the capital. A rail line opened in 1883 and serviced a lumberyard and the Kingan And Company ice storage facility Streetcars in the 1890s and Interurbans in the early 1900s brought city dwellers for riverside outings.

Broad Ripple became a summertime retreat for Indianapolis residents from 1890 to 1930. Steamers featuring onboard dining and dancing cruised the river. White City, later known as Broad Ripple Park, opened in 1906 and drew swarms of visitors with a variety of entertainment. The city of Indianapolis acquired the park in 1945. 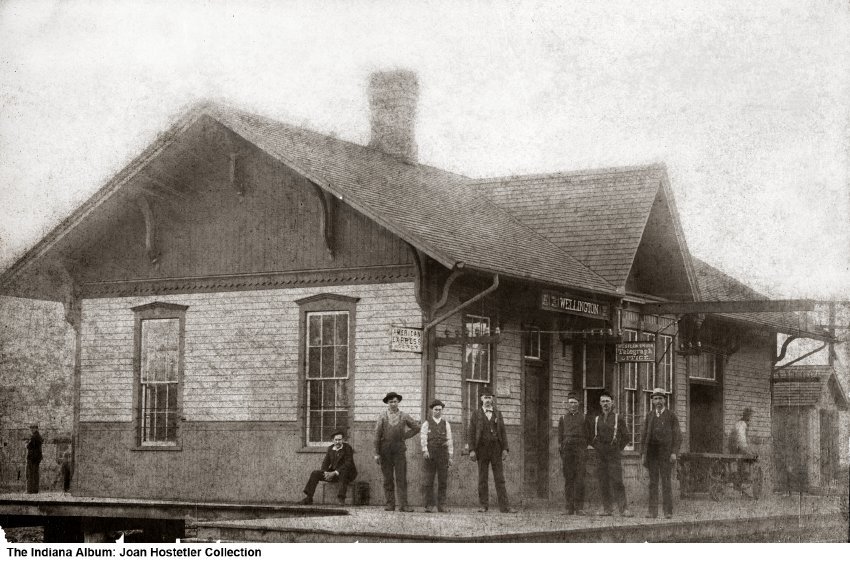 Residential areas of Broad Ripple developed quickly as Indianapolis expanded northward. Many homes were built after 1900 in a variety of architectural styles, particularly bungalows. Indianapolis annexed Broad Ripple in 1922, enabling residents to build higher levees along the river and modernize the fire department. The measures effectively eliminated fires from natural gas deposits and periodic flooding in the area. A local landmark, Broad Ripple High School, was established in 1886. Though it was destroyed by fire 10 years later, residents rebuilt and later enlarged the facilities.

More recently, the Broad Ripple community responded to new challenges. As shopping centers drew customers away from the business district along Broad Ripple Avenue in the 1950s and 1960s, specialty shops, nightclubs, and restaurants opened. A deck constructed over part of the canal in 1958 provided additional parking. A neighborhood group, the Broad Ripple Village Association, was formed in 1969 to revitalize commercial and residential areas.

In the 1990s, cooperative efforts by merchants and residents made Broad Ripple a thriving, diverse community of homes, retail and service establishments, restaurants, and entertainment venues. At this time, about 5,000 people lived in Broad Ripple. Part of Indianapolis Public Schools, Broad Ripple High School had an enrollment of about 1,500 students. The school was closed in 2018 in a district-wide restructuring of IPS.

As of 2020, Broad Ripple Park included 62 acres. It offered a wide variety of programs and activities for people of all ages, including a family center, an outdoor swimming pool, tennis courts, baseball diamond, multi-use athletic fields, playground, picnic shelters, and a dog park. The addition of the Monon Trail and Indygo’s Red Line dedicated-bus-lane system in 2019 gave residents more options for transportation and recreation.

According to some historians, the first movie theater in ...Read More »

The Water Works Company of Indianapolis, the predecessor to ...Read More »

The earliest appearance of the bicycle in Indianapolis was ...Read More »