(Aug. 30, 1847-Feb. 13, 1925). Born in St. Gallen, Switzerland, Adolf Scherrer studied in Vienna and Budapest before immigrating to New York City in 1870. He arrived in Indianapolis by 1873. He first took a position in the city as a draftsman to  Edwin May, one of Indianapolis’ leading architects. May, who was commissioned to design the new state capitol, died in 1880 before the plan was completed. Scherrer finished the design for the State House, which was completed in 1888. 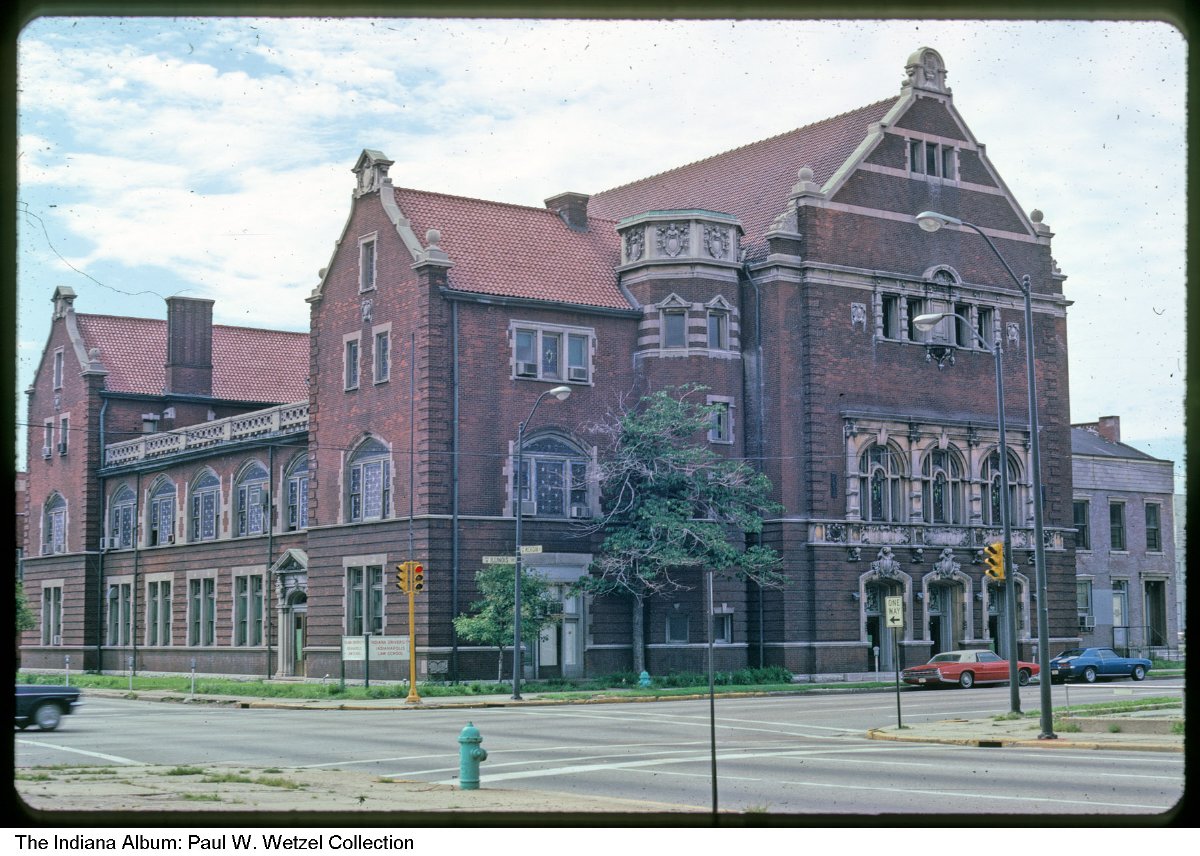 Scherrer designed many late-19th-century public edifices in Indianapolis. Included among them are the Gothic, spired arches at the 34th Street and Boulevard Place entrance to Crown Hill Cemetery (1885); the Pathology Department (now the Old Pathology Building, 1896) at Central State Hospital, as well as many additions to the hospital; the Maennerchor Building at 502 North Illinois (demolished in 1974), erected for instruction about and appreciation of the great German composers (1906); and the Independent Turnverein Building at 902 North Meridian (1913), which later were adapted for use as upscale apartments.

Scherrer was an innovative architect as well as a prolific one. Some of his later residential designs, including 4375 North Meridian Street (1911), were early examples of the Prairie School style of architecture created by Frank Lloyd Wright.

In 1891, Mayor Thomas Sullivan appointed Scherrer to the first Indianapolis Board of Public Works, which was responsible for hiring the engineer who designed the city’s first comprehensive sewage system. Scherrer’s sons, Anton and Herman, also became well-known Indianapolis architects, working first in collaboration with their father and, after his death, on their own under the name Adolf Scherrer and Sons.

Scherrer, who was a fellow in the American Institute of Architects, experienced a serious stroke six years before his death, which caused some paralysis and effectively ended his career.

The first capitol building in Indianapolis was the original ...Read More »