Sarkes Tarzian, a former engineer at RCA in Bloomington, Indiana, who started his own company manufacturing television tuners and other electronic components, put WTTV on the air on November 11, 1949.

WTTV occupied channel 10, which was originally assigned to Indianapolis. Tarzian asked that it be moved to Bloomington since his home and business were there. The FCC granted his request, and WTTV went on the air with a transmitter and studio camera made by Tarzian engineers. The first transmitter was 1,000 watts, and the tower, located at the studio building (a former drug store), was 275 feet high.

On February 21, 1954, a new tower was put into use in Cloverdale in the hope the station could cover both Terre Haute and Indianapolis. On that same date, WTTV switched from channel 10 to channel 4, and a short time later it opened its broadcast operations at 3940 Bluff Road. In 1957, Tarzian petitioned the FCC to move his tower to its current location at Trafalgar to concentrate on the Indianapolis audience.

At its beginning, WTTV gave Bloomington the distinction of being the smallest city in the world to have a television station. After carrying programs from all networks, WTTV became independent when WTHR (Channel 13) went on the air in Indianapolis in 1957 as an ABC affiliate. WTTV became the first Indiana station to broadcast a show in color, and it transitioned fully to color in 1965.

As an independent, WTTV was known for its locally produced programming. From the 1960s through the early 1980s, children’s shows included Janie (1963-1986) (first known as Popeye and Janie) hosted by Janie Hodge, and Cowboy Bob’s Corral (1970-1989) (also known as Chuckwagon Theater), hosted by Bob Glaze. From 1962 through the late 1980s, Bob Carter, in character as ghoulish vampire “Sammy Terry,” presented horror movies late at night for Nightmare Theater. Each of these program hosts made appearances throughout Central Indiana and became local celebrities. In addition to local programming, the station aired movies and off-network sitcoms.

In the mid-1970s, WTTV also broadcast the games of the Indiana Pacers. The station played a principal role in saving the professional basketball franchise when the American Basketball Association (ABA), to which it had belonged, folded following the 1975-1976 season. Elmer Snow, who served as WTTV’s general manager, came up with the idea of holding a telethon to help raise the money necessary to retire liabilities the team had acquired.

Snow mentioned that he would be willing to hold a telethon if that would help the effort. Pacer officials took him up on his offer, and on July 3-4 of that same year, WTTV ran a 16 1/2-hour telethon, during which the franchise sold more than 2,500 season tickets and raised an additional $30,000 toward the purchase of more. Pacer coach and general manager Bobby Leonard, as well as former players, such as Roger Brown, Mel Daniels, Freddie Lewis, and Billy Keller, came on board for the broadcast. 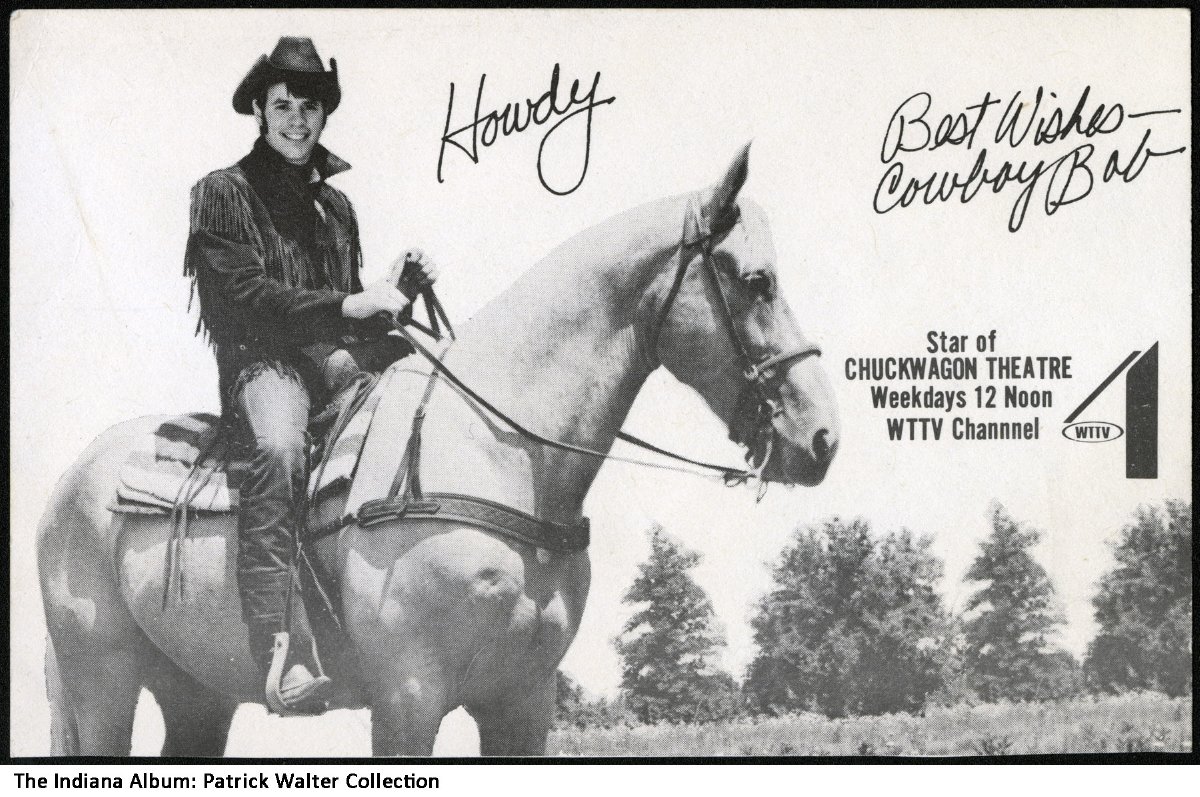 The sale of season tickets during the telethon put the Pacers over the 9,000 mark, which was the figure an outside group of businessmen had indicated would convince them to invest $750,000 in the franchise. Observers then and later credited the WTTV telethon, as the vehicle that enabled the Pacers to survive.

Tarzian, who initially considered his station as more of an experiment than a commercial operation, sold the station to Teleco Media Company in September 1978. The deal reportedly was for more than $26 million, a figure that was higher than the sale for any other nonmajor network at the time. In 1979, WTTV was the first station in Indiana to extend its broadcast hours to 24 hours a day.

In March 1984, Tel-Am Corporation purchased the station. The broadcast company also bought channel 29 in Kokomo in 1987 in an attempt to give WTTV improved coverage in northern Indianapolis and Hamilton County. The location of the Trafalgar tower provided a less-than-optimum signal to northern Indianapolis and its suburbs up to this time. Under Tel-Am’s ownership, the station also began to air first-run syndicated talk shows.

Heavy debt forced Tel-Am and WTTV into bankruptcy in the late 1980s. After a deal with locally based Emmis Broadcasting fell through, Capitol Broadcasting, headquartered in Raleigh, North Carolina, bought the station in July 1988. The station sold again in October 1991—this time to River City Broadcasting, an owner of medium-market stations based in St. Louis. Throughout this era, WTTV telecast syndicated programs, reruns, movies, and a variety of Indiana college and high school athletic events.

In 2002, Chicago’s Tribune Broadcasting (already owners of the city’s Wxin television station, a Fox Network affiliate) purchased WTTV from Sinclair for $125 million. With its acquisition by Tribune, WTTV abandoned its longtime Bluff Road headquarters. The broadcast company consolidated its operations with those of sister station WXIN at 6910 Network Place, located at W. 71st Street and I-465, by 2004.

When the WB and United Paramount Network merged in 2006, WTTV became a charter affiliate of the newly combined CW network. In August 2014, WTTV announced that it would join CBS as its Indianapolis affiliate beginning in January 2015. Recruiting a seasoned news broadcasting team, including Debbie Knox, Bob Donaldson, and meteorologist Chris Wright, and with the station’s rights to air Indianapolis Colts games through a CBS agreement with the NFL to broadcast AFC matchups, WTTV rose to the number two spot in Indianapolis television rankings behind Wthr—the NBC affiliate that regularly has been rated as the number one station in the Indianapolis market throughout the 2000s.

Nexstar Media Group purchased WXIN and WTTV in 2019. Nexstar already owned Wish-Tv and WNDY-TV Channel 23. FCC regulations that limit the number of stations that one entity can own in any television market required Nexstar to sell two stations. Nextstar kept WTTV and WXIN and sold WISH and WNDY to Circle City Broadcasting (owned by Black entrepreneur DuJuan McCoy of Indianapolis, one of the few African Americans who own a TV station in the U.S.).