(June 26, 1917-Oct. 3, 1968). A native of Elkhart, Indiana, Crawford spent most of his youth in Wilmette, Illinois. A graduate of Beloit College in Wisconsin, he completed meteorological training at the University of Chicago prior to joining the U.S. Air Force in 1940. During World War II, he served as a pilot and weather officer in the China-Burma-India theater. He remained in the military until 1949, resigning as a lieutenant colonel. 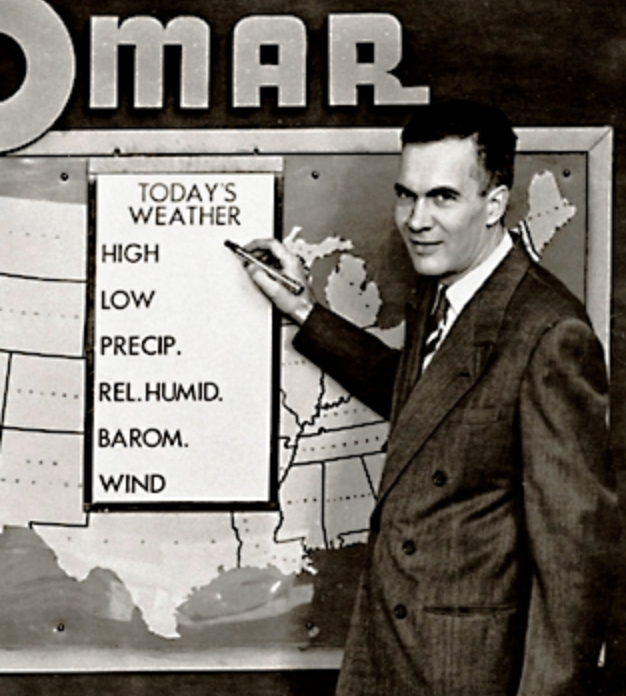 While attending Indiana University Dental School in the early 1950s, Crawford nervously auditioned for a weather announcer position on WFBM-TV (later Wrtv). Soon he was providing evening weather reports. At one point his ratings were so impressive that the station had him doing weather at the start of a 30-minute newscast. His casual “Hi” to the television audience became a well-known trademark in Indianapolis.

Crawford started his dental practice in Indianapolis in 1953 but at the urging of the station, he continued to provide both early and late evening weathercasts for another 11 years. In 1964 Crawford was stricken with cancer and forced to leave the air, but he wrote a weather column six days a week for the Indianapolis Star until his death.