(July 23, 1929-May 29, 2014). Born in Heltonville, Indiana, Wendell Trogdon graduated from Franklin College in 1951 before serving three years in the U.S Army Counter Intelligence Corps (CIC) during the Korean War. 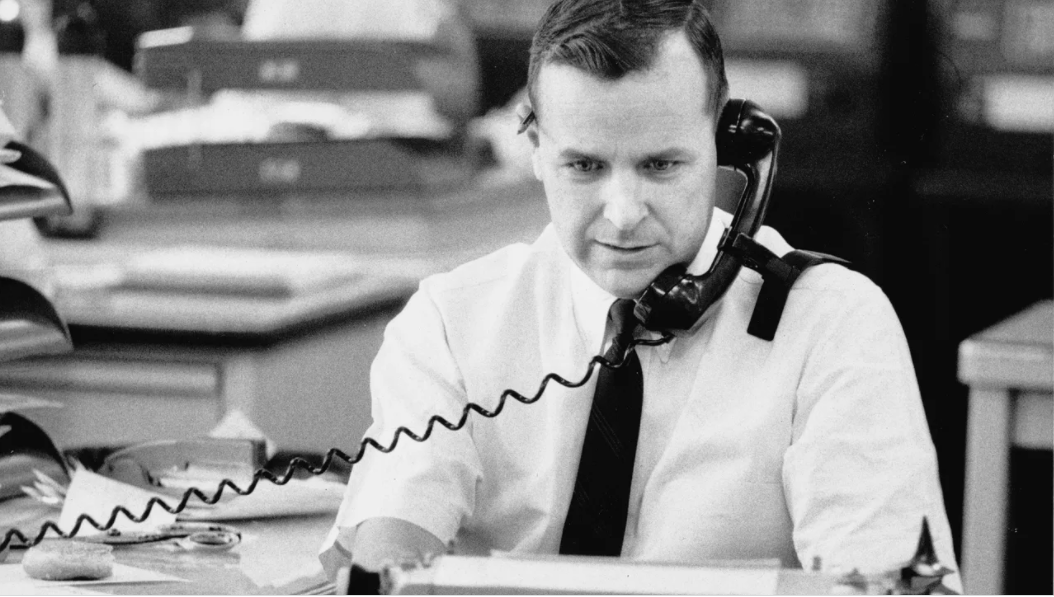 After returning to Indiana, he landed his first newspaper position in 1954 with the Logansport Pharos-Tribune. His next job was in the Agricultural Information Department at Purdue University.

In 1957, Trogdon joined the Indianapolis News as a reporter. He advanced to more senior roles at the paper as his career progressed, from city editor to news editor, and finally, managing editor. In each of these positions, Trogdon passionately pushed staff to write stories that made a difference. 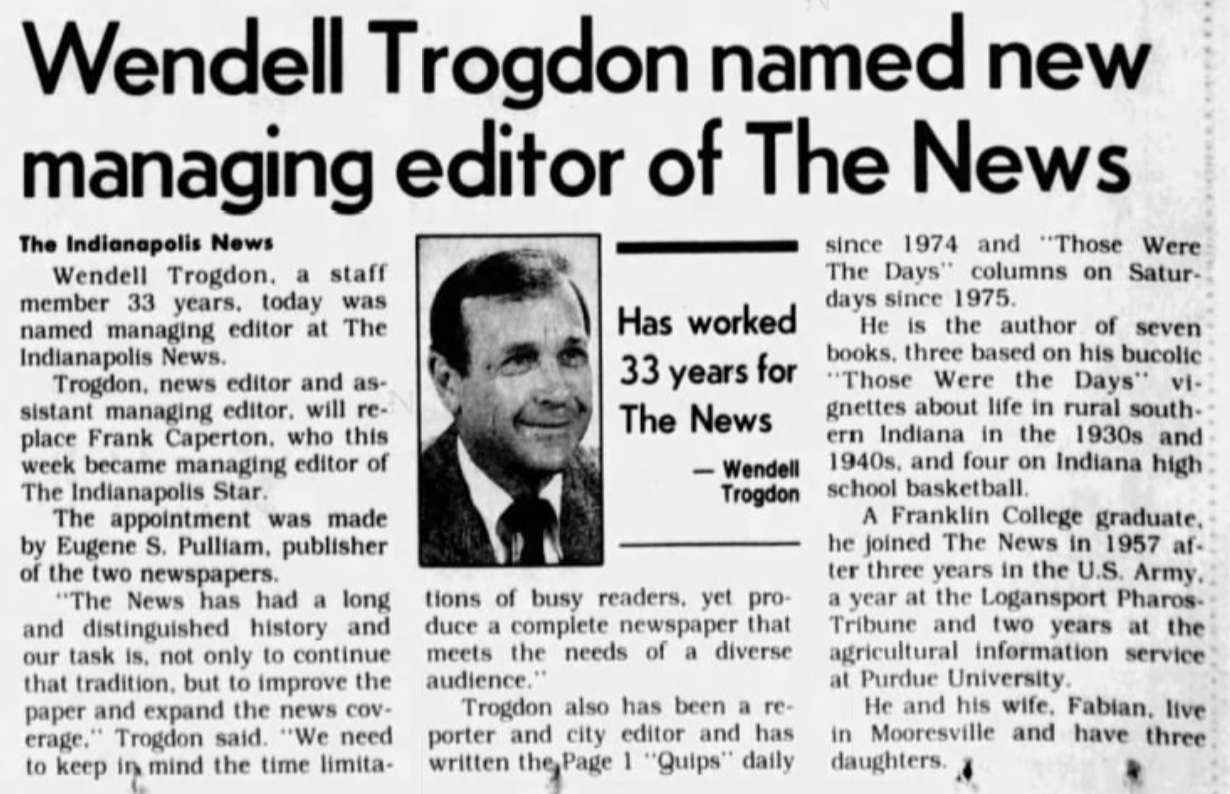 While working as city editor in 1969, Trogdon attended Stanford University for a year as a National Journalism Fellow. Five years later, he started writing two different columns for the Indianapolis News: “Quips” and “Those Were the Days.” The former was a front-page daily commentary on current events, while the latter was a series of anecdotes based on Trogdon’s experience growing up in Southern Indiana during the Great Depression and World War II.

In 1992, Trogdon retired from the Indianapolis News after 35 years at the paper. He spent much of his retirement in Mooresville writing books (27 titles in total). Many of these works are about the Hoosier state, including Backroads Indiana: Discovering the People and Places of Southern Indiana (1994), Main Street Diners: Where Hoosiers Begin the Day (2000), and Who Killed Hoosier Hysteria? : Sport Survives Amid Fading Fervor (2004).

Trogdon received numerous awards and recognitions throughout his career, including “best column” and “best feature.”