(Sept. 23, 1883-Apr. 4, 1959). Adams was born in Delaware County, Indiana. His father Nelson Perry Adams, a stock breeder and self-taught painter of horses and other livestock, influenced him as a young artist. Adams came to Indianapolis in 1904 to study with William Forsyth at the John Herron Art Institute where he supported himself by painting portraits. 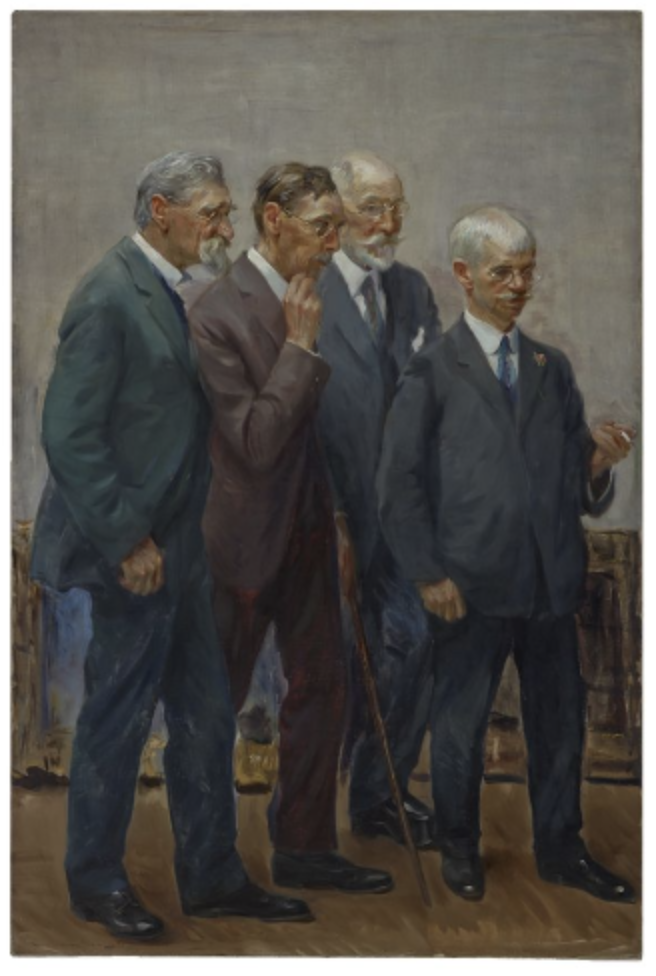 In 1910, he studied in Italy with William Merrit Chase. While studying with Chase, he met Margaret Graham Burroughs, a native of Austin, Texas, whom he later married. He returned to Indianapolis to mount his first exhibition in 1911. He then went to Spain to study with American painter Robert Henri in 1912. Adams established himself as a portrait painter in Indianapolis in 1913, attracting many prominent people to sit for him. In 1914, he was one of several local artists selected to execute paintings for the children’s ward of City Hospital. Adams received the Proctor prize for portraiture from the National Academy of Design in 1914 and Mr. And Mrs. Logan Prize in 1918. These prizes brought him his first important recognition as an artist.

Seeking a larger client base, Adams moved to New York City, teaching at the Grand Central School of Art. In 1933 he purchased a farm near Elizabethtown, New York, converting its old mill into his famous Old Mill Studio. Here he painted, taught students, and developed an interest in lithography. Noted women artists Sister Mary Rufinia and Lucy Wilson Rice were among his students. 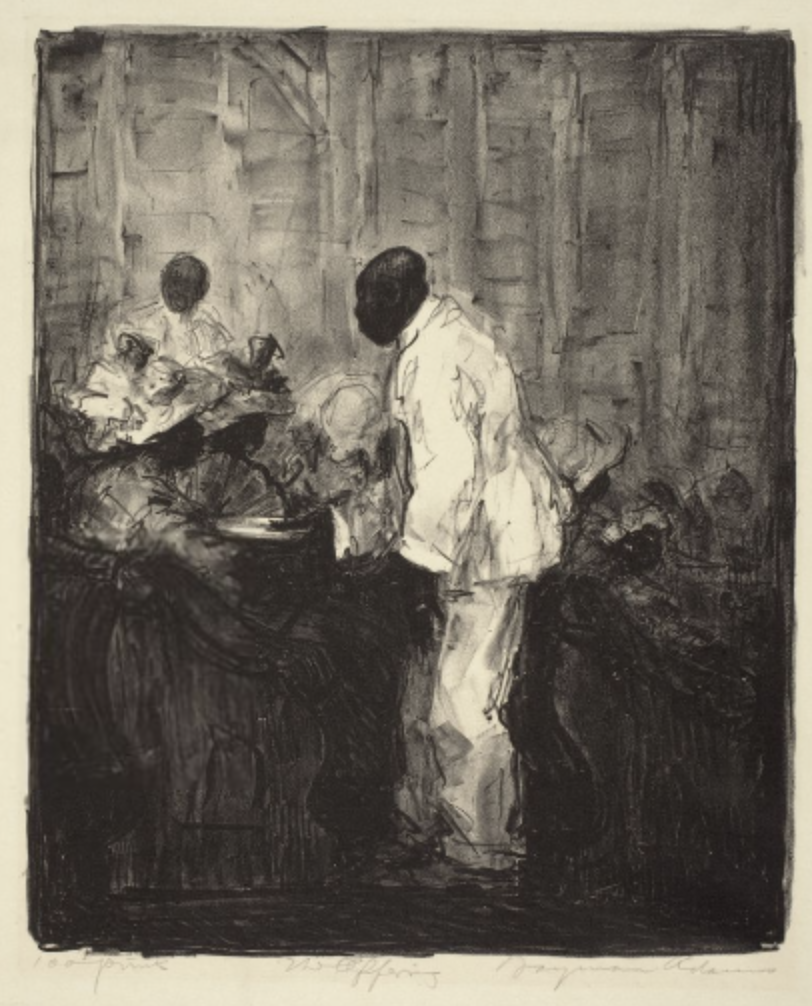 Adams returned to Indianapolis frequently, however, accepting many commissions in the Hoosier capital. After 1949 he moved to Austin, Texas.

Adams is best known as a portraitist, but he also created many small figure studies, porch scenes, and small landscapes, as well as occasional watercolors. In addition to working in New York and Indiana he painted in San Francisco’s Chinatown and in New Orleans. He began traveling to New Orleans in 1916. The paintings he completed there are noteworthy because they include African American subjects.

American artists nicknamed Adams “Lightning” because of his speedy painting technique. He used heavy brushstrokes, vivid patches of color, and simplified compositions. He exhibited his works with success throughout the U.S. and outside the U.S. exhibited in the Museé de Luxembourg (1919) and at the International Exposition in Venice (1924). He won a prize for his work at the Venice exhibition. He also received the Greenouogh Memorial Prize (1925), the Sesquicentennial Exposition Medal (1926), the National Academy of Design Altman Prize (1926), and the Carnegie Institute Prize (1926). Adams’ work also appeared in the art exhibition connected to the 1932 Olympic Games.

As a portrait painter many Americans sat for Adams. These included Indianapolis literary figures such as James Whitcomb Riley and Booth Tarkington, as well as United States presidents Calvin Coolidge and Warren G. Harding. His works are part of the collections of the National Portrait Gallery of the Smithsonian. The Indiana Governors Portrait Collection, partially on display in State House offices, includes six canvases by Adams.