Clemens Vonnegut Sr., a native of Germany, immigrated to America at age 27 and started the Vollmer and Vonnegut business with Charles Vollmer. Vonnegut became the sole owner after several years and changed the firm’s name to Clemens Vonnegut, Hardware. Agricultural equipment, carpenters’ tools, dry goods, and groceries were among the early supplies sold. 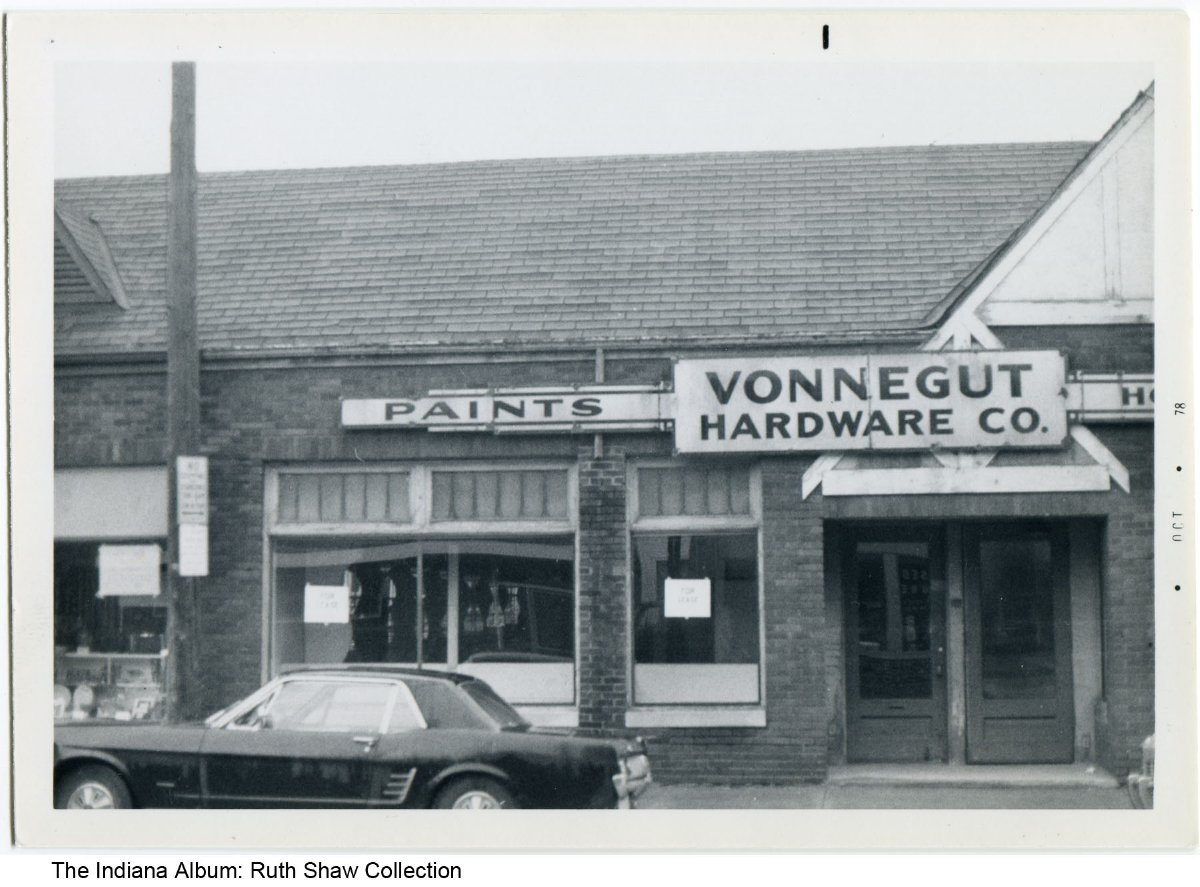 The first store, a one-room building, was at 8 East Washington Street, and there were later moves to several other addresses along the major thoroughfare. In 1906, Vonnegut purchased Lilly and Stalnaker Hardware, owned by businessman James W. Lilly and future bank president Frank Stalnaker.

The first Vonnegut branch store opened in 1930 in Irvington, and several other branches were in shopping centers in the post-World War II years. In 1940, a Vonnegut wholesale and industrial supply building was constructed at 402 West Maryland.

Three of Clemens’ four sons—Franklin, George, and Clemens Jr.—as well as other descendants were active in the business. The fourth son Bernard Vonnegut was an architect who founded the well-known and influential Indianapolis architecture firm Vonnegut And Bohn with partner Arthur Bohn.

In its heyday, it was the largest and most prominent hardware store in Indianapolis. Its motto was “You can get it at Vonnegut’s.” Incorporated in 1908, Vonnegut Hardware was a privately held company until it was sold to the Schlage Lock Company of San Francisco in 1965.

There were 12 stores and 3 operating divisions—retail, industrial, and Von Duprin locks— at the time of the sale. Schlage kept only the Von Duprin lock division and, in 1966, sold the retail business, by then Vonnegut’s Inc., to local developer William Atkinson. He operated the stores briefly but, in the early 1970s, closed some and sold others. By the end of the decade, all Vonnegut stores were gone.