Volunteering is central to our understanding of the nonprofit sector. Volunteers not only perform much of the work of the nonprofit sector, they help to define it. Until the mid-1800s, most charitable services in America were provided by private individuals and organizations. Even as the government assumed a larger role, Americans remained committed to the voluntary giving of time and services to meet society’s needs.

This tradition of voluntary service in the nonprofit sector has been a major characteristic of Indianapolis culture. James Blake, Calvin Fletcher, James M. Ray, and other civic leaders founded the Indianapolis Benevolent Society (IBS) 1835 as a voluntary society to help needy persons. IBS remained an all-volunteer organization until 1879 and remains an important family support organization known as Families First in 2020.

Volunteers in the Young Men’s Christian Association, formed in 1854, strove to provide a homelike environment for young men moving to the city. The women’s organization, the Flower Mission founded in 1876. Volunteers began by delivering flowers to the poor and sick in City Hospital (Sidney & Lois Eskenazi Hospital) and then expanded their efforts to provide food and nursing services. Later they were instrumental in setting up a newsboys’ home, a tuberculosis sanitarium, and a children’s hospital. Local chapters of the SALVATION ARMY and Volunteers of America formed late in the 19th century to provide services to offenders in correctional facilities, supervised parolees, and provided food and clothing for the needy and homeless.

By the turn of the century, the settlement house movement was absorbing many hours of volunteer service. These agencies were organized by educated women with volunteer staff to improve conditions in poor neighborhoods. Flanner House was established in 1898 in Indianapolis as an employment, education, and health center for African Americans. In 1905, Christamore House began to provide social services to poor residents of the racially mixed Atlas neighborhood. The Immigrant Aid Society, today Mary Rigg Neighborhood Center, was formed in 1911 to assist immigrant workers new to Indianapolis.

World War I provided the impetus for the Indianapolis chapter of the American Red Cross in 1916. Health issues were the focus of a range of voluntary organizations that began in the 20th century. Those organizations included Indianapolis’ first Hospital Guild, St. Margaret’s Hospital Guild, founded in 1907 to provide extra services to City Hospital patients. Other health-related volunteer organizations focused on specific diseases and included both lay and medical persons, such as the Marion County Tuberculosis Association (1914). the National Foundation for Infantile Paralysis in 1938, the American Cancer Society and the Little Red Door in 1945, the American Heart Association in 1948, the Marion County Mental Health Association in 1949, the Muscular Dystrophy Association in 1952, United Cerebral Palsy in 1953, and the Multiple Sclerosis Society in 1954.

The government promotes volunteering as civic engagement. Several U.S. Presidents, beginning with John F. Kennedy, have issued calls to volunteer. The federal government launched the Peace Corps (1963), Volunteers in Service to America (VISTA), and ACTION, which focused on senior citizen volunteers. AmeriCorps, one of America’s flagship stipended volunteer programs, was established in 1993 as the domestic counterpart to the Peace Corps. AmeriCorps’ state and national programs place members into communities with local and national organizations; members are paid a modest stipend and receive an education award after the completion of their service. Combined state and national Americorps and VISTA programs support approximately 200 Indianapolis nonprofit organizations with volunteers annually. 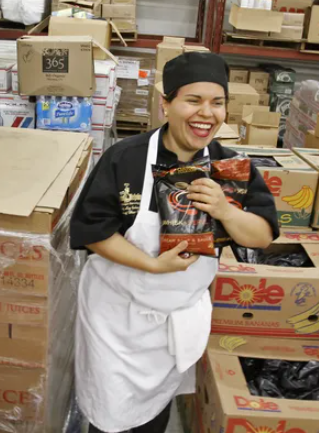 One of the most striking examples of volunteering as a community-wide effort has occurred around major sporting events. Indianapolis has branded itself as the amateur sports capital of the world. Sports events have accounted for many hours of volunteer time, beginning with the National Sports Festival (now the U.S. Olympic Festival), which was held in Indianapolis in 1982. Over 6,000 volunteers supported the Indiana Sports Corporation and the U.S. Olympic Committee in its planning, organizing, and promotion. In 1987, the Tenth Pan American games were held in Indianapolis. The 2012 Super Bowl took place in Indianapolis, the result of a government-business-nonprofit collaboration that relied on thousands of volunteers who participated in nearly every aspect of production from knitting scarves to hosting visitors.

Quantifying volunteer activity is difficult. Most researchers define volunteer work as formal, public, and unpaid, but for most volunteers, it all depends on the social context in which it is performed. The National & Community Service (CNCS) gathers information on volunteer activity. These data reveal that almost 1 in 2 adults formally volunteer for nonprofit organizations, representing over 15.5 million hours of time annually. Independent Sector now directs us to Corporation for National & Community Service (CNCS) for volunteer data. CNSC’s most recent data reports that volunteering in Indiana is significant. More than one third of adults report formal volunteering, almost every adult informally volunteers in some way. More than 1 in 2 adults donate financially to charities and nonprofit organizations. Its 2020 data for Indiana highlights: 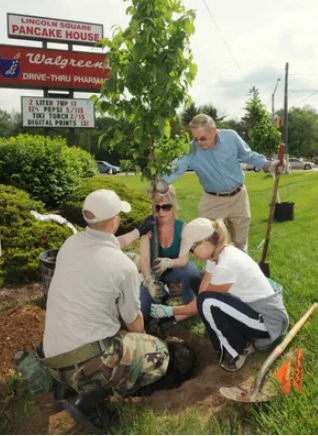 Indiana University’s Indiana Nonprofits Project tracks employment and volunteer data for nonprofit organizations across Indiana. The most recent data (2006) indicate that almost three-fourths of Indianapolis’ 240 reporting nonprofits rely on volunteers as very important or essential to their organizations. Indianapolis nonprofits are more likely to use volunteers other than board members than those in the rest of the state.

Early in the 20th century, organizations were developed to promote and coordinate volunteer services in the community. The Council of Social Agencies, a forerunner to the Community Service Council and Volunteer Action Center, began to encourage and help coordinate citizen participation in community volunteer service. Today, two volunteer organizations, IndyHub and VolunteerMatch work to connect nonprofit organizations with potential volunteers. Volunteers participate in every aspect of the nonprofit sector, ranging from religion, social services, education, the arts, environmental protection, and animal welfare. People of all demographics volunteer to contribute to maintaining the nonprofit sector in Indianapolis and Indiana.