The Townsend Recovery Plan Convention was the fourth national gathering of an organization founded in 1934 by Francis Townsend, a 67-year-old California physician, in response to the dire economic conditions of the Great Depression. Townsend proposed a $200 monthly pension to everyone over 60 to be financed by a 2 percent transaction tax. By the mid-1930s, millions of elderly persons had joined Townsend Clubs to push for congressional enactment of the Townsend Recovery Plan.

As a major Townsendite territory, Indianapolis was an ideal convention site. Statewide membership was 312,000, and 8 of Indiana’s 12 congressmen were elected with Townsendite support. Further, because Indiana’s gross income tax was similar to the Townsendites’ proposed transaction tax, the convention delegates wanted to know more about the Indiana tax’s viability.

Packed into Cadle Tabernacle in stifling summer heat, the delegates heard their staunchest allies in Congress predict that, despite the June 1, 1939, defeat of the Townsend bill in the House of Representatives, Congress would eventually see the wisdom of the plan and adopt it. The convention passed resolutions to work for reelection of representatives who voted for the plan and to purge those who did not. 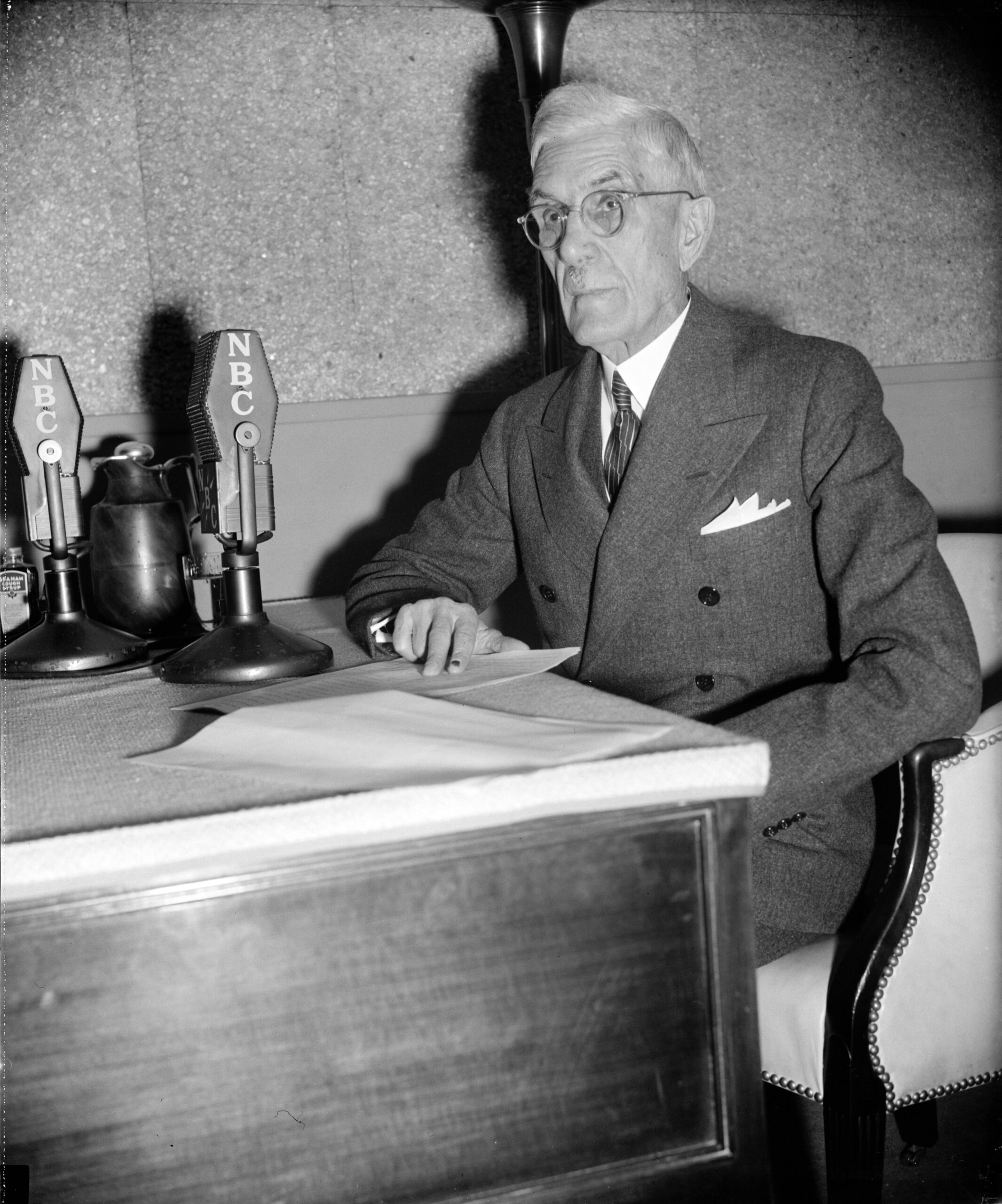 Tax experts from Hawaii and Indiana, the two jurisdictions imposing the gross income tax, were among the speakers. To a tumultuous ovation, Louis Silva, Townsend’s tax adviser, said business there was burgeoning, and, as tax rates rose, the selling price of merchandise had gone down.

On the other hand, Clarence Jackson of the Indiana State Treasury admitted that while Indiana’s gross income tax raised considerable sums, it incited widespread tax evasion and was hard to collect. When Jackson pointed out unfeasible aspects of the Townsend plan, such as the nearly 1.5 million extra Internal Revenue agents necessary to administer it, cries of “throw him out!” erupted in the hall.

Townsend announced a goal to raise $1 million for a radio advertising program. Reverend E. Howard Cadle, proprietor of the tabernacle, initiated a collection with a $100 bill. As the organ thundered The Battle Hymn of the Republic, over $3,500 was heaped into a large wastebasket on the stage.

Despite the enthusiasm and commitment generated at the Indianapolis convention, the Townsend plan never again came to a vote in Congress. Increasing concern with international affairs and improved economic conditions largely eliminated interest in the measure.