The Tally Sheet Forgeries occurred during the 1886 midterm election in Indianapolis. The scandal centered on the alteration of voter tally sheets from several precincts. In city elections, two sets of voter records were made from the informal returns. One set went to the county clerk and the other set to the canvassing board. 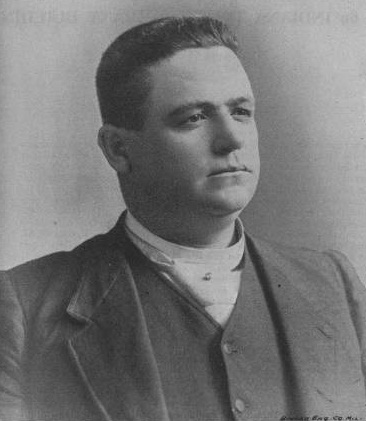 When the canvassing board met to check the tally sheets, it became apparent that records from several precincts had been altered. In that election, Democrats had won all but two county offices. The altered tally sheets were for those two offices, allowing Democrats to win both. Since the canvassing board was made up of Democratic inspectors, Republicans suspected fraud.

Several grand juries investigated but failed to return indictments. In March 1887, a witness came forth offering to testify that he had altered tally sheets in the 2nd precinct of the 18th ward at the request of Simeon Coy, then chairman of the Marion County Democratic Party and representative from the 18th ward.

On May 20, 1887, Coy and 10 others were indicted. The first trial took place in July 1887 but failed to reach a verdict. A second trial, in January 1888, convicted Coy and several others. Coy was fined $100 and sentenced to 18 months in prison. After his release in June 1889, Coy resumed his seat on the City Council and was re-elected that same year.