Presbyterian physician Isaac Coe started the first Sunday school in Indianapolis in 1823. The Indianapolis Sabbath School met at Caleb Scudder’s cabinet shop, and the 30 attendant scholars were asked to bring Bibles, spelling books, and any other books that they might have.

This meeting soon became known as the Indianapolis Union Sunday School. As most students could not read or write, the focus of the class was on general rather than religious education. The school library contained all the books the small community could muster. The scholars were taught to read from the Bible and received awards for memorizing verses. The Union School was interdenominational, with its founding committee representing five different churches. By the end of its second year, the school had 161 enrolled scholars and an average attendance of 75.

In the late 1820s, congregations began establishing their own Sunday schools. By 1843, the Methodists and Presbyterians had two Sunday schools, and the Episcopalian, Baptist, and Christian Reformed churches each had one. These schools followed guidelines established by the Sabbath School Union Society, which was organized in Clark County in 1825. The society produced prescriptive books and pamphlets that addressed the roles of superintendents, teachers, and scholars, dictated which books were read and memorized, and set down library regulations.

These well-organized schools drew some of the young city’s leading citizens, most notably prominent early attorney and civic leader Calvin Fletcher, who served as both a teacher and a superintendent in the Methodist Episcopal Sunday School in the early 1840s. Second Presbyterian pastor and later famous social reformer and orator Henry Ward Beecher and President Benjamin Harrison were two other influential citizens involved in Indianapolis Sunday schools.

After 1867, the public school system blossomed in Indiana, and church involvement in general education diminished. The Sunday school movement continued to grow, but its leaders now stressed religious and moral education. 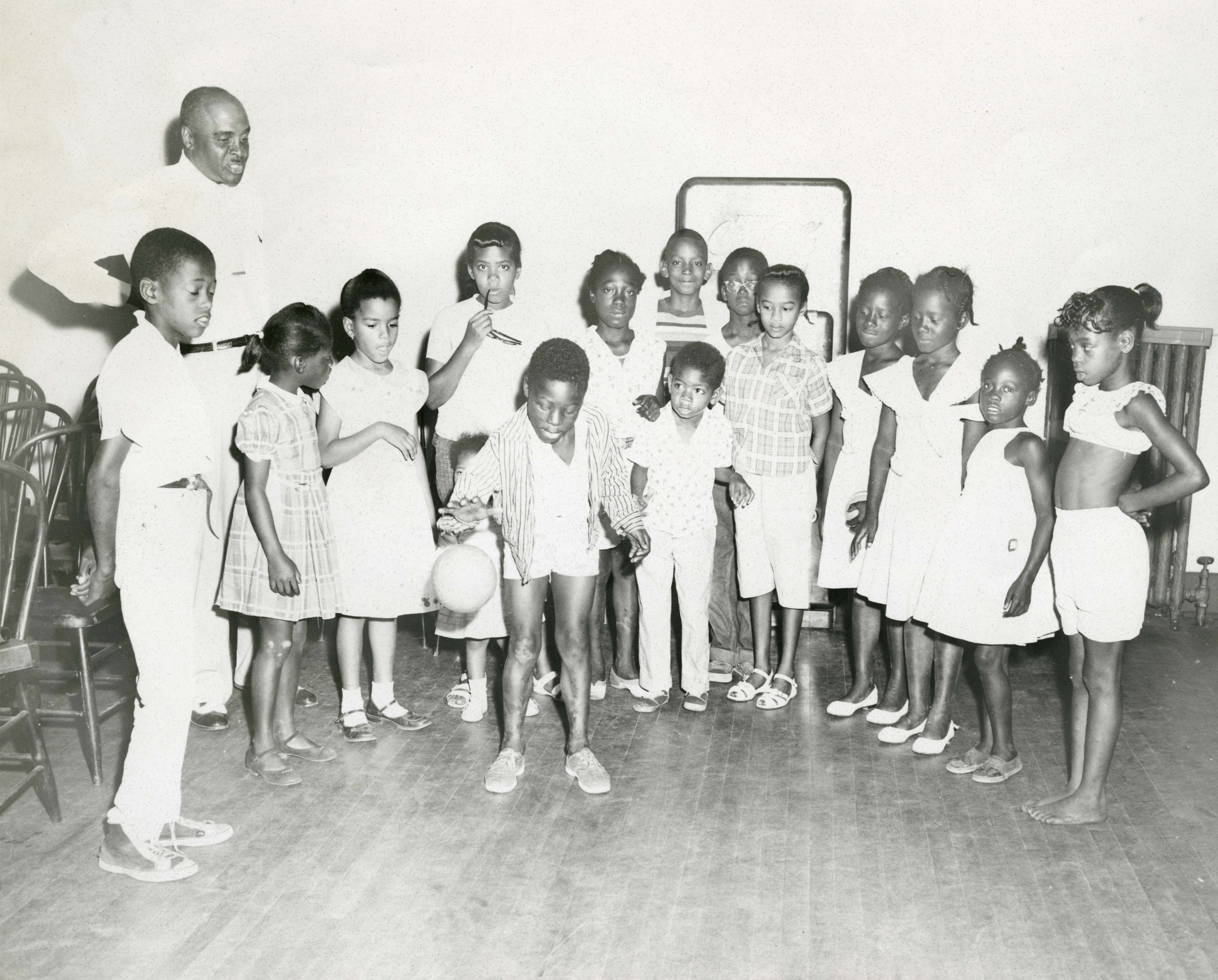 Indianapolis’ Second Presbyterian Church was the site of the 1872 National Sunday School Convention that marked the establishment of the International Uniform Lesson System. The system offered a seven-year lesson series that covered the entire Bible. The Indiana Sunday School Association, headquartered in Indianapolis, promoted the new uniform system and aided new Sunday schools.

During Lafayette, Indiana, resident William H. Levering’s two presidencies between 1873 and 1887, Indiana’s Sunday schools added 150,000 children. Levering traveled all over the country organizing Sunday Schools in different states and served on the National Sunday School Association executive committee from 1881 to 1890.

After a brief decline, Indianapolis publisher Charles D. Meigs revived the Sunday school movement in the 1890s. He started The Awakener during his superintendency of the Indiana Sunday School Association in 1893. His journal was an effective promotional instrument, and its profits helped offset the association’s debts. Meigs later founded the Meigs Publishing House, which is still a major supplier of Sunday school publications.

The Sunday school movement declined rapidly after World War II. In the late 1940s, the annual state convention was canceled after 85 years due to indifference and lack of funds. Separate denominations began to take control of religious education and the ecumenical focus of the earlier Sunday school movement faded.

Today, Indianapolis’ Sunday schools are organized and conducted independently by the city’s many congregations.