Stewart and Bowen had its beginnings in 1833 when two Cincinnati men opened a bookstore in Indianapolis (Hubbard and Edmands). The business changed hands 10 times before 1853 when it reorganized as West and Stewart. Samuel Merrill also was involved in this partnership but later withdrew. 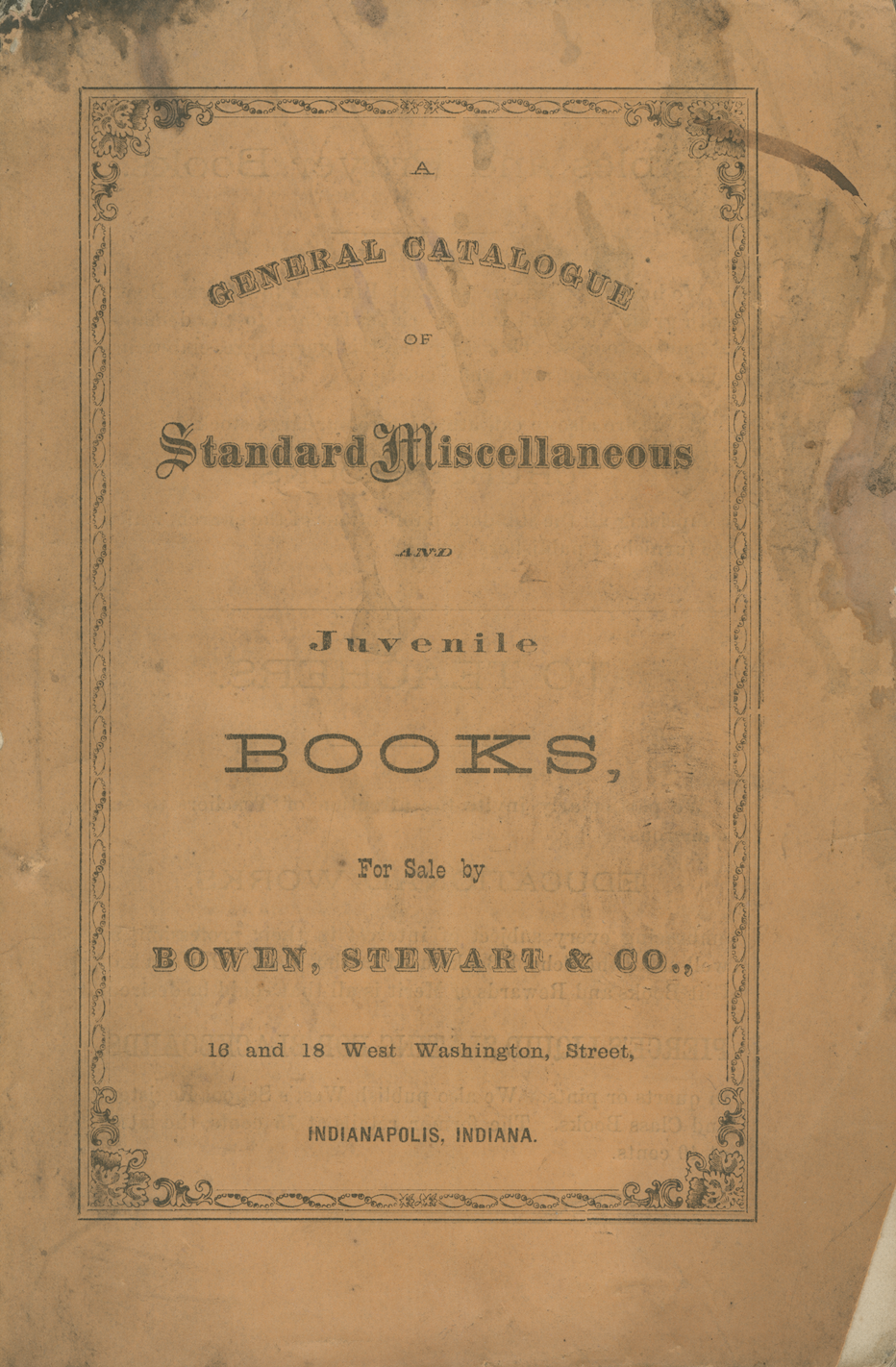 The following year, William Stewart and Silas T. Bowen purchased the business, renaming it Stewart and Bowen. Located at 18 West Washington Street, the bookstore was one of the two largest in the city at the time. In addition to being a wholesale and retail book trade, it dealt in stationery, paper, and printing supplies. When Stewart died in 1860, the firm was reorganized as Bowen, Stewart and Company.

By 1881, the company had annual sales of over $200,000, carried an inventory worth $70,000, and employed a total of 24 assistants. Three traveling salesmen covered Indiana, Illinois, and Ohio selling books wholesale. In 1885, Bowen, Stewart and Company joined with Merrill, Meigs and Company to incorporate as the Bowen-Merrill Company with Silas T. Bowen as the first president.

In addition to selling books and stationery, the firm acted as a publisher. In 1890, Bowen retired, and in 1903, the Bowen-Merrill Company became the Bobbs-Merrill Company. Six years later, the retail book business was sold to William Kerfoot Stewart, a descendant of the founder of Stewart and Bowen. After several changes in ownership, the descendent of the retail branch of the Stewart and Bowen business continued. The business closed in March 1997.