Headquartered in downtown Indianapolis, the Simon Property Group, formerly known as Melvin Simon and Associates, is the largest real estate investment trust (REIT) and the largest operator of shopping malls in the United States. It has long been known as a leader and innovator in the retail shopping center business.  The corporation is an S&P 100 company that, in 2020, owned or had an interest in more than 325 properties and employed more than 5,000 people.

Founders Herbert and Melvin Simon were born in Brooklyn and grew up in the Bronx, where their father was a tailor. Melvin, who stationed with the U.S. Army at Fort Benjamin Harrison during the Korean War, remained in Indianapolis after service and accepted a $100 per week job leasing store space for the Eastgate Shopping Center, a mall which he would purchase in later years. In 1960, with his brother, he founded Melvin Simon and Associates.

The new company developed shopping plazas and within five years was developing enclosed malls in communities throughout the country. Through the early 1980s, the company focused on shopping center construction, then diversified into mixed-use projects, which are various combinations of retail stores, offices, hotels, restaurants, and entertainment components in a single complex. The Simons’ first mixed-use project was the Two West Washington center in downtown Indianapolis, completed in 1983. 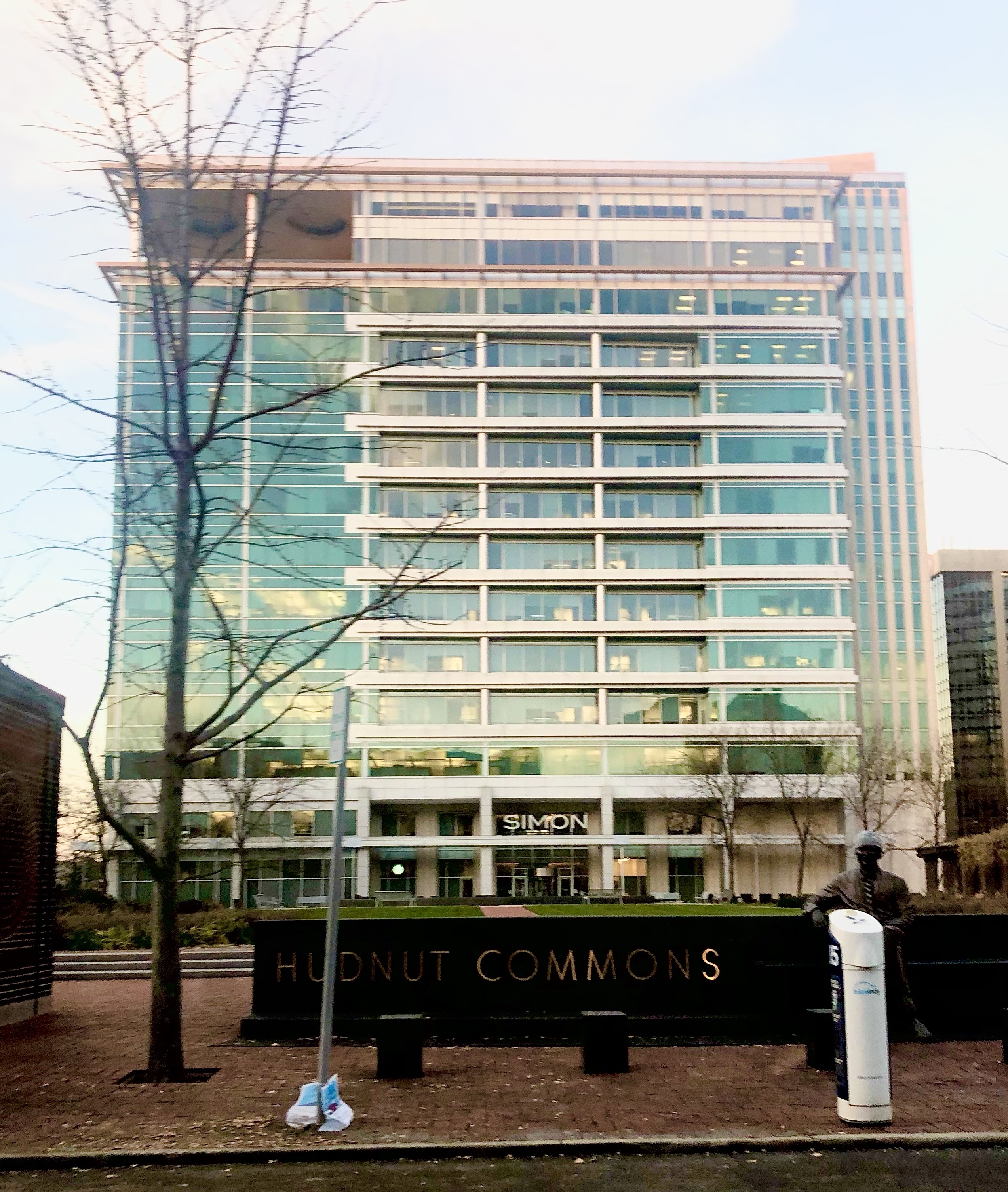 By the early 1990s, the Simon company was one of the largest and most successful developers of Shopping Centers in the country, owning and managing more than 147 centers in 30 states from its Indianapolis headquarters.

The company owns or has an interest in several Indianapolis centers, including Castleton Square Mall, The Fashion Mall at Keystone at the Crossing, and Greenwood Park Mall. Its Indianapolis interests also included a public-private partnership with the city in Circle Centre Mall.  One of Simon’s major roles in this partnership was serving as the day-to-day manager of the facility.

The company is also the managing partner in the Mall of America, which opened in 1992 in Bloomington, Minnesota as the largest retail, hotel, and entertainment complex in the United States. When it opened, it included 8 department stores, over 400 smaller shops, a seven-acre indoor amusement park, and a 1.2 million-gallon walk-through aquarium among its attractions.

In 1993, Simon and Associates changed its name to Simon Property Group under the leadership of David Simon, Mel Simon’s son, when it also became a publicly-traded company. Simon Property Group merged with DeBartolo Realty Corporation in 1996 and was renamed Simon DeBartolo Group. Before the merger, DeBartolo Realty had been a major rival of the Simons in the development of shopping centers.

Under the Simon DeBartolo name, the company continued to purchase retail property. Following the acquisition of properties held by IBM’s pension plan in 1997 and Corporate Property Investors in 1998, the company again became known as Simon Property Group.

During the early 2000s, Simon continued to purchase shopping centers across the country. In 2004, Simon bought Premium Outlets, and in 2008 it acquired the Mills Corporation, a developer of super-regional shopping malls. Simon also formed a REIT of smaller malls and community shopping centers—a spin-off called Washington Prime Group (later known as WP Glimcher, with further acquisitions)—at the end of 2013. In early 2020, Simon Property made a $3.6 million deal to acquire Taubman Centers, another competing company.

Simon acquired these properties at a time when the traditional shopping mall experience is eroding, as online shopping and big-box stores have overtaken the retail market. Some of Simon’s malls, such as the Fashion Mall at Keystone at the Crossing, have attracted stores that are in high demand.

At other malls, like Circle Centre, Simon has tried to reinvent the mall experience by introducing hybrid models for their use, including traditional and nontraditional retail, entertainment and restaurant venues, and open-concept offices. In 2014, for example, the Indianapolis Star abandoned the building it had occupied downtown for over 100 years and moved into space formerly leased by Nordstrom department store at Circle Centre in 2014. Some space at Circle Centre also may eventually be reconfigured for residential use.

In October 2020, Simon, working with its partner, The Brookfield Group, agreed to bring J.C. Penney out of bankruptcy. They acquired all the company’s real estate and distribution centers and its 160 holding companies, with the aim of avoiding the significant blow to malls that its liquidation would have caused.

COVID-19 has also taken its toll on many Simon Property Group malls. In August 2020, for example, the company reported that it had collected only between 51 and 73 percent of rent due at Circle Centre Mall for the first four months of the pandemic. That same year, David Simon admitted that the company had too many malls and that it must reinvent itself.

By early 2021, the toll of the pandemic became more pronounced when Simon announced in an earnings report that they had lost out on $1.15 billion in income, with a drop in annual operations income by 17.1 percent. In acknowledgment of the ongoing erosion of the traditional shopping mall experience, Simon Property Group increasingly defines itself as a retail real estate company rather than a shopping mall company.

Simon Property group began a retreat from Circle Centre Mall in Indianapolis in April 2021. The company announced that it would continue to oversee leasing of the facility but its day-to-day operations would be managed by Chicago-based brokerage Jones Lang LaSalle.  By the end of 2021, Simon sold its share of the property, leaving it with ownership of Castleton Square Mall, the Fashion Mall at Keystone, Greenwood Park Mall, Hamilton Town Center (Noblesville), and Indiana Premium Outlets (Edinburgh), in the Indianapolis and surrounding areas.