The county commissioners adopted the current Seal of Marion County, officially the county’s third such emblem, on December 8, 1841. The seal is circular, with the words “Commissioners Seal of Marion County, Indiana” printed around the margin. Inside the circle are representations of a basket of fruit and a Berkshire pig. The basket of fruit symbolizes improvements in agriculture, especially fruit production, during the early 1800s. The Berkshire pig represents the region’s prominence in livestock raising and pork production at the time of the seal’s adoption. 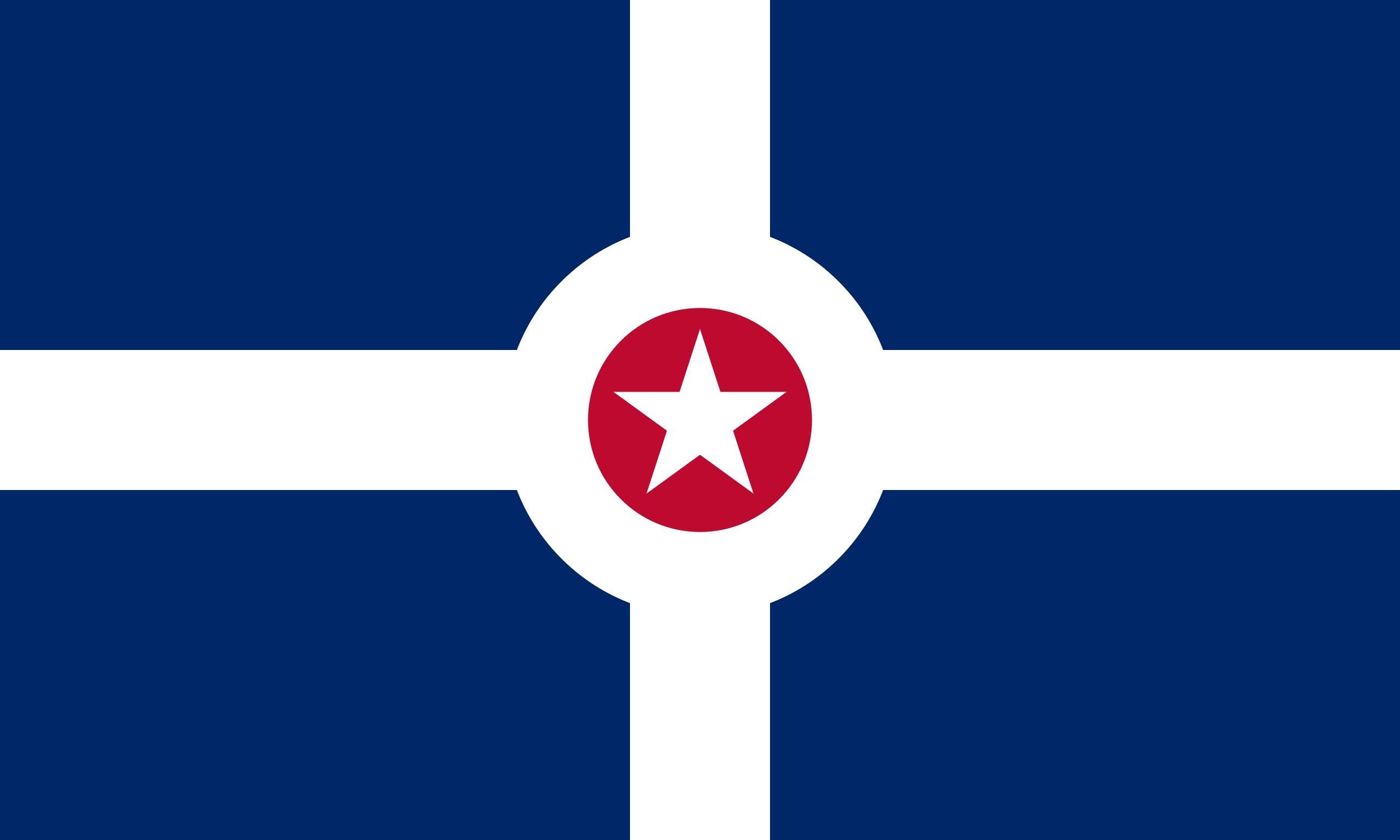 The Seal of the City of Indianapolis first adopted by the Common Council on June 7, 1847, was readopted under the Charter of 1891. It displays traditional governmental symbols: an American eagle holding a set of balance scales in its beak. The 1847 version of the seal showed the eagle perched atop a globe.

There have been three versions of an official flag for the city of Indianapolis. A commission appointed by Mayor Lew Shank approved the first design in 1911, but the design was not adopted by the Common Council as the city’s official flag. The council approved a revised version of the design in 1915, but no actual flags were made until 1960. 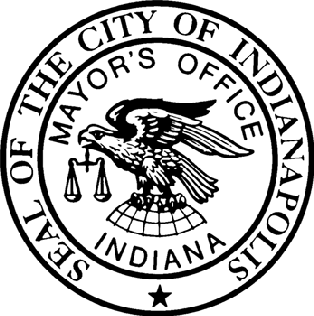 The design for the third and current official flag of the city of Indianapolis was developed by Roger Gohl, then a student at the John Herron Art Institute, for a contest held in 1962. Gohl placed a white cross with a circle at its center on a blue field, with a red star in the center of the circle. The new flag first flew from the City-County Building on November 7, 1963.

The star symbolizes Indianapolis’ status as Indiana’s capital city and center of commerce. The circle represents Monument Circle at the center of downtown. The white cross against the blue field symbolizes the intersection of Meridian and Washington streets, as well as an Indianapolis nickname, “Crossroads of America.” The red, white, and blue colors represent the patriotism of the city’s residents.