(Dec. 18, 1814-Aug. 4, 1893). Born Sarah Tittle Barrett at Newport Barracks, Kentucky, she moved with her family to Indiana when she was three. When she was 13 years old, a Madison, Indiana, newspaper published one of her poems, and for the next four years her work appeared regularly in the papers of Madison and Cincinnati. 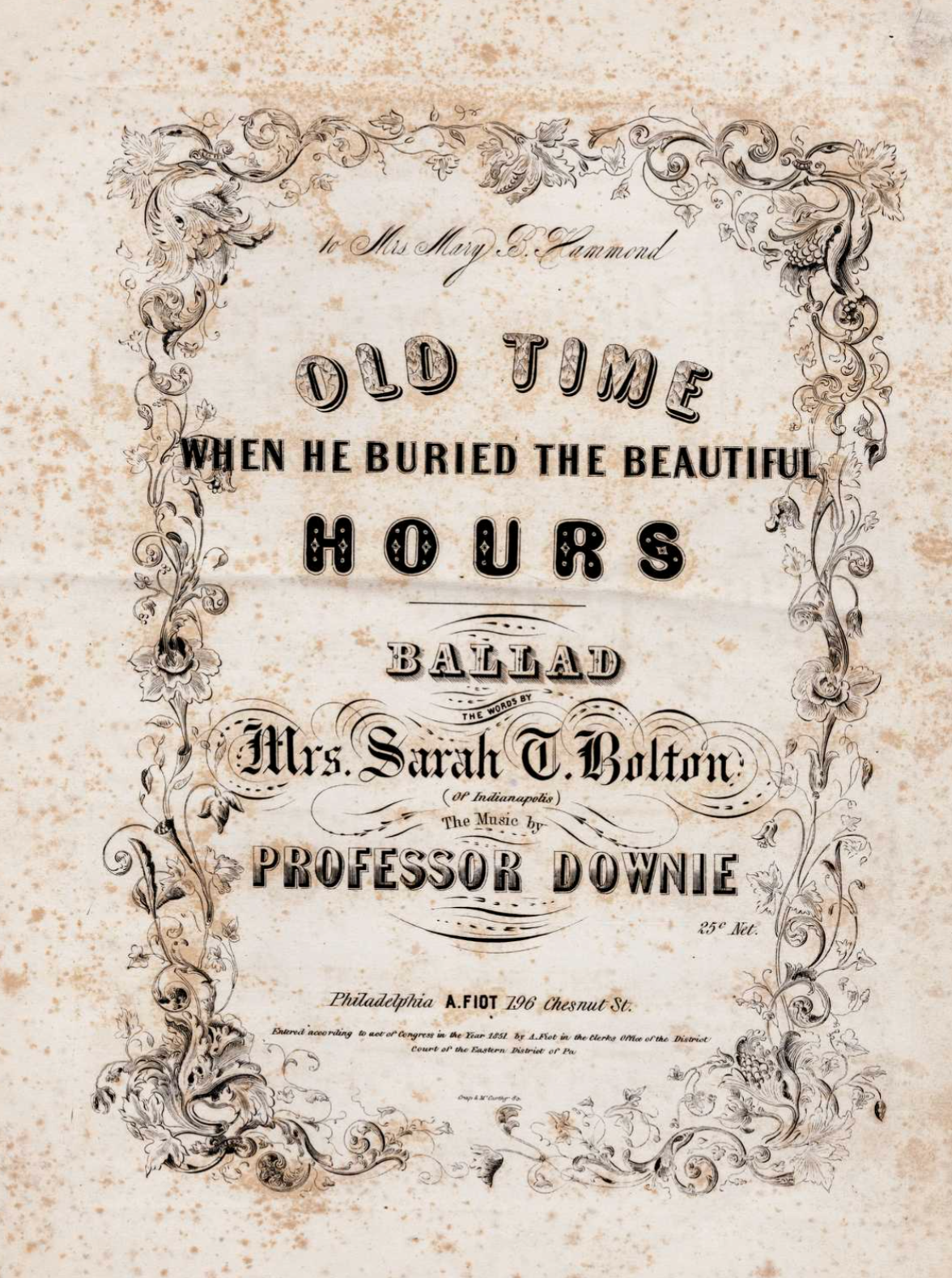 In 1831 she married Nathaniel Bolton, publisher of the Indianapolis Gazette, a union that produced two children. The couple bought a farm, Mt. Jackson, on the National Road (West Washington Street), the location of Central State Hospital. An advocate of property rights for women, she organized a women’s group in 1850 that lobbied the Indiana Constitutional Convention concerning that issue. She also wrote a poem that year, “The Union,” in which she predicted the Civil War.

The background of Sarah Bolton’s most famous poem is briefly described by literary historian Arthur Shumaker: “While her husband served as state librarian and also the custodian of the statehouse, she sewed almost without help new carpets for the building… composing while she worked, her poem of courage despite odds, ‘Paddle Your Own Canoe. ‘” Although written in the Victorian style of romantic images, the poem’s message of hope, courage, and resolution was clear. It said, in part: “Nothing great is lightly won / Nothing won is lost / But if you succeed you must / Paddle your own canoe.”

Nathaniel’s appointment as consul at Geneva, Switzerland, in 1855, took the family to Europe for two years. Ill health led to his resignation, and he died in 1858. Sarah married Judge Addison Reese five years later, but the marriage did not succeed.

Sarah purchased “Beech Bank” farm in 1871, located in what is now Beech Grove, and lived there until her death, by which time she had been considered Indiana’s unofficial poet laureate for many years. She is buried with Nathaniel in Crown Hill Cemetery. Her achievements are commemorated by a bronze plaque in the rotunda of the State House.

In 1930, the City of Beech Grove purchased Beech Bank to form Sarah Bolton Park. The park, at 1300 Churchman Avenue. The 32-acre park developed many amenities over the decades and was named a Certified Wildlife Habitat by the National Wildlife Federation.