Salesforce is a cloud-based customer relationship management (CRM) platform that integrates marketing, sales, commerce, service, and IT to help businesses better reach and connect with their customers. It established a major office in Indianapolis in 2013. 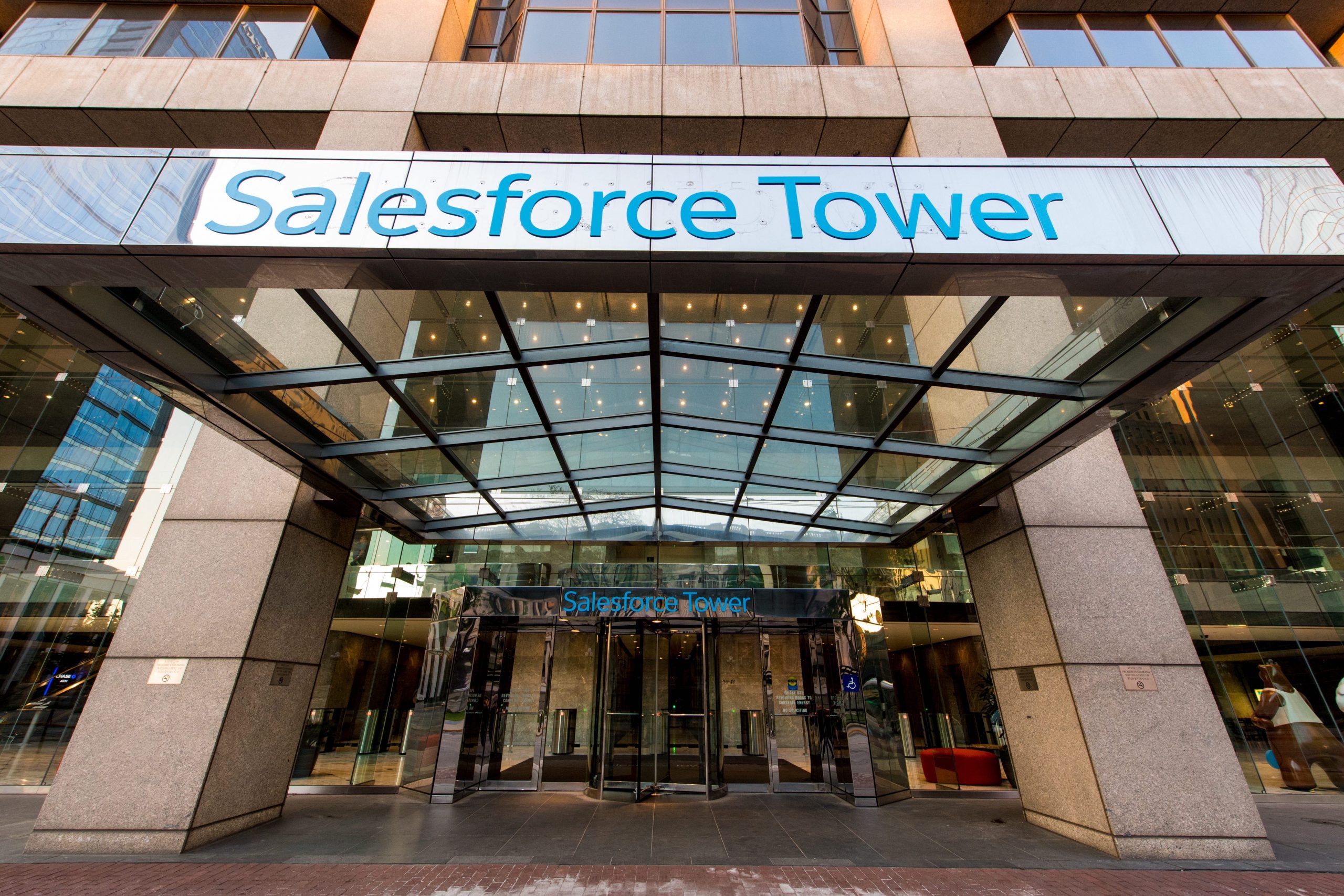 The San-Francisco-based company was founded in February 1999, and officially incorporated on March 8th. Its founders–Marc Benioff, Parker Harris, Frank Dominguez, and Dave Moellenhoff, created Salesforce with the vision that it would become “A World-Class Internet Company for Sales Force Automation.”

By the end of Salesforce’s first year in 1999, the company had expanded from its initial founders to forty employees. It was not immune to the 2000 dot-com bubble burst, however, and had to lay off 20 percent of its workforce in 2000. Despite this, Salesforce managed to launch its website and bring in $5.4 million in revenue that year.

By 2001, the company made its first international expansion to Dublin and Tokyo and increased its revenue to $22.4 million. This rapid growth continued over the next decade with more international expansion, customers, employees, and revenue. Salesforce also launched several new products including sForce 2.0, AppExchange, mobile Salesforce app, IdeaExchange, Force.com, and Service Cloud. They also acquired Sendia in 2006 and Heroku in 2010.

Salesforce came to Indianapolis in 2013 with the acquisition of Indianapolis-based Exacttarget. The July 2013 acquisition represented Salesforce’s largest to date with $2.5 billion spent to purchase the email marketing software company. By the time Salesforce established its Indianapolis office the company had 9,800 employees, more than 100,000 customers, and made over $3 billion in revenue. The company quickly began investing in its Indianapolis hub through the addition of jobs and a commitment to providing thousands of volunteer hours to nonprofits in the community.

By 2016, Salesforce had almost 1,400 employees in Indianapolis and announced plans to add around 800 more by 2021, with the state promising over $17 million in tax credits. The company also announced plans to invest $40 million towards its expansion in the city. Part of this expansion included the leasing of 250,000 square feet of space at Chase Tower as well as the rights to rename the tower after itself, the Salesforce Tower.

Salesforce had 36,000 employees by 2018. Indianapolis had 1,700 of those employees, making it the company’s second-largest location and the largest tech company in the city.