Immigrants from Romania began arriving in the United States during the late 19th century. Settling primarily in urban industrial areas, these immigrants were typically young males, sometimes with wives and families, who arrived from small rural villages with few if any trade skills and intended to become rich and return to Romania. 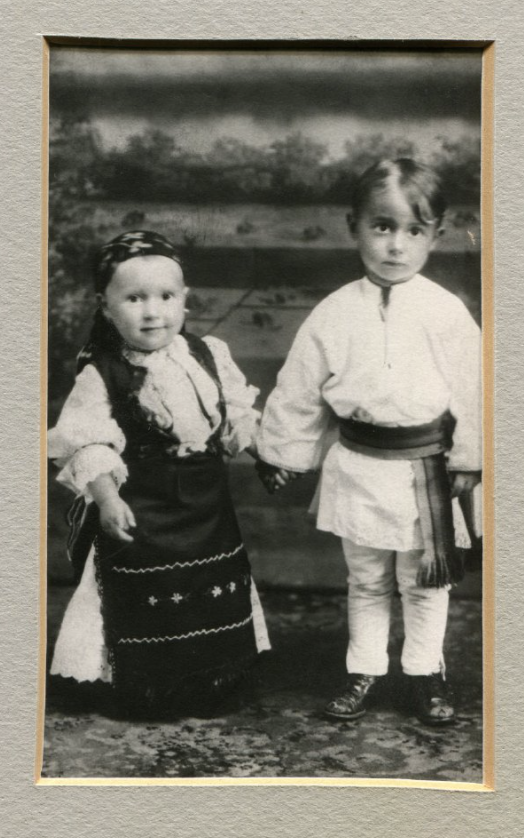 Romanian citizens have never constituted a sizable portion of Indianapolis’ population. The Indianapolis News estimated that 1,000 lived in the city in 1908, although the 1910 census reported only 132 Romanian-born and 29 American-born of Romanian parents.

Upon arriving in Indianapolis, the earliest Romanians settled in two principal locations: the area bounded by New York and West streets, Kentucky Avenue, and White River; and Haughville. They found employment primarily in the automobile industry and the meat-processing factories, working for Kingan And Company, Armour, and Stark, Wetzel And Company as cutters, trimmers, slaughterers, and packers.

Although residing among fellow eastern Europeans and within the boundaries of the Slovenian national parish, Romanians established institutions to preserve their faith and national culture in their adopted homeland. In 1908, they organized the Romanian Star Benefit Association, a fraternal mutual aid society that sponsored a “flag day” parade and celebration at Germania Hall on August 2.

On October 23, 1909, they also founded the Romanian Progressive Club, a social club dedicated to encouraging loyalty to the United States through citizenship instruction and developing an understanding between cultures. On November 28, 1929, the club dedicated a new building at 636 West Washington Street (near Blackford Street). The Romanians also maintained a hall on Kentucky Avenue where they staged plays. 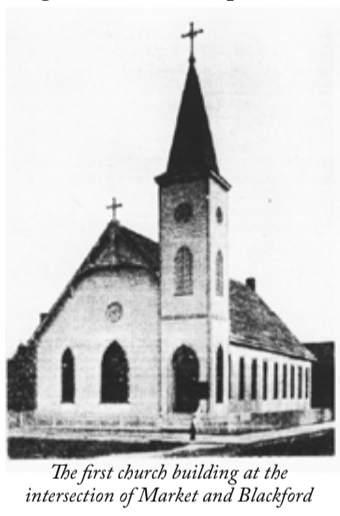 Romanian citizens of the city attempted to organize a church around 1906. They did not succeed until 1910, when a Romanian priest from Indiana Harbor helped establish a Romanian Orthodox congregation. The group first met in a hall in the 600 block of West Washington Street. The parish took the name Saints Constantine and Elena. The original parish priests were also immigrants who conducted a weekly language school to maintain the mother tongue among the second generation. The congregation purchased and remodeled a building at the corner of West Market and Blackford streets, which was dedicated on July 2, 1911.

In 1911, Romanian Baptists residing in Mars Hill established a congregation with the assistance of a local Baptist preacher. They dedicated their first building in 1940 under the leadership of Rev. Vasile Prodan, who came to Indianapolis in 1936 after immigrating to the United States in 1913. 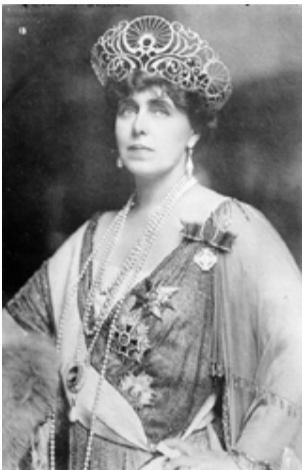 The Reunion of Romanian Women, which reported 100 women active in local social service, performed a Romanian operetta at Fairview Park in August 1913, and the United Romanian Societies of America held its 19th annual convention in Indianapolis on September 1-7, 1925. The American Settlement likewise proved important to Romanians by offering sewing and cooking classes as well as assorted clinics.

A high point in the history of Indianapolis’ Romanian community was the visit by Queen Marie and the Romanian royal family on November 17, 1926 (See Visit Of Queen Marie Of Romania). They were honored by a downtown parade and a banquet at the Columbia Club, among other activities. By 1930, there were 848 Romanians (477 Romanian-born and 371 of Romanian parentage).

In 1947, Acme-Evans Company purchased the property that the SS. Constantine and Elena Romanian Orthodox Church owned at West Market and Blackford Streets. The congregation relocated to 3237 West 16th Street in April 1949.

Following World War II, the Soviet Union occupied Romania, leading to the rule of the Communist Party. During this period, restrictive exit policies resulted in a low rate of emigration. In Indianapolis during the early decades of the Cold War, the number of Romanians in Indianapolis fell slightly, numbering 768 (including 289 Romanian-born) in 1960.

Romanians lived under the repressive totalitarian Communist leadership of Nicolae Ceauşecu beginning in 1968. They experienced mass surveillance and other human rights abuses, as well as low standards of living. In December 1989, anti-government protests led to military retaliation and then to massive civil unrest and rioting. Ceauşecu was overthrown, and he and his wife were executed. During this time, additions to the Romanian community in Indianapolis resulted in part from these upheavals. Immediately following the fall of the Communist regime, international travel was liberalized, leading to a new influx of Romanian immigrants peaked in 1990. Yet, the U.S. Census reported only 715 Indianapolis residents (752 in Marion County) of Romanian ancestry that year.

In 1998, the Indiana Historical Bureau erected a state historical marker at the site of the original SS. Constantine and Elena Romanian Orthodox congregation, at the northeast corner of the Central Canal and the N. Blackford Street Bridge. At its West 16th Street location, the church continues to be active as a center of Romanian cultural activity.

As of the 2000 U.S. Census, Romanian ancestry was no longer of significant enough size to be listed for Indianapolis. Nevertheless, the Romanian Society from Indiana is an active member of the Nationalities Council Of Indiana and participates in the International Festival. Indianapolis also is home to an Honorary Consulate of Romania.

American Settlement was created in 1923 as a charter member ...Read More »