Pleasant Run Children’s Home (PRCH) began in 1867 as the German General Protestant Orphan Association. The Germania Lodge Number 3 of the American Protestant Society founded PRCH after visiting a similar home in Cincinnati, Ohio. The society created the home to care for children orphaned by the Civil War. 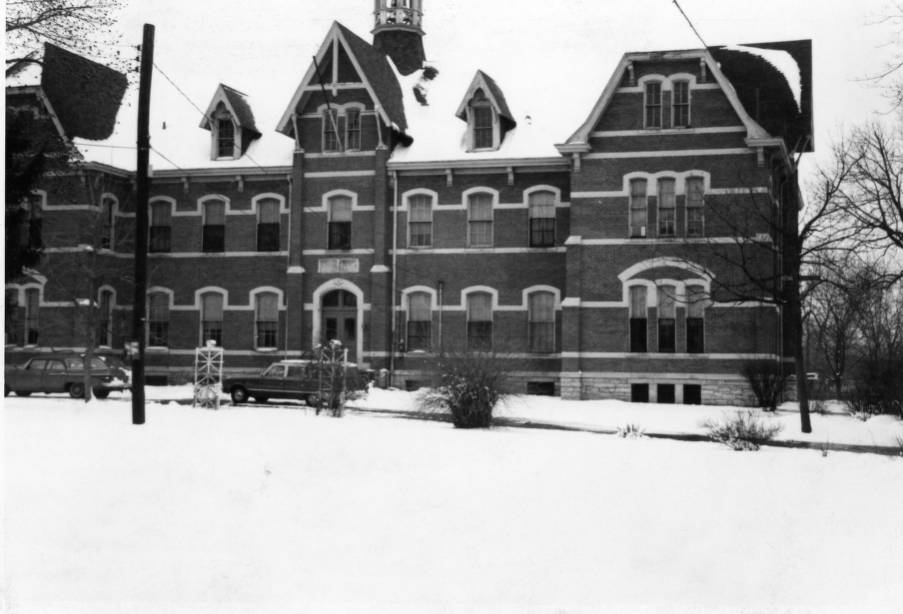 The Prominent German architect Diedrich August Bohlen (1827-1890) designed the building in the contemporary style of the time on 9.5 acres. The society operated as one of four orphanages in Indianapolis, opening its first home in 1872 at 1404 South State Avenue (near Pleasant Run Parkway) with the original mission: “the orphanage is to receive all poor children of Marion County, Indiana, who are without parents, for education without compensation.”

The society appointed houseparents in 1872, and in 1873 the first three children moved in. The orphanage usually cared for between 50 and 100 children at any one time in its early decades, with German its official language. The orphanage was self-sufficient with orchards, gardens, and livestock. The society raised funds through charitable donations.

During World War I, the association changed its official language from German to English and its name to the General Protestant Orphan Association. Between 1867 and 1941, over 2,000 children received care. In 1941, the Indianapolis Orphans’ Home (Children’s Bureau) and the Evangelical Lutheran Orphans’ Home closed their homes; the children from their organizations moved to PRCH’s South State Avenue residence.

By the 1960s, the home had evolved from housing orphans to a treatment center for abused, abandoned, and neglected children, many of whom were wards of the juvenile court. Most children lived in the home for a few years, no longer for their entire childhood. In 1971, the organization changed its name to Pleasant Run Children’s Home to reflect this shift in mission.

Changes in child welfare philosophy in the 1980s brought the transition from the single large residence to smaller group homes, leading PRCH to leave its historic South State Avenue residence.

In 1996, PRCH expanded again and opened a 72-unit state-of-the-art residential complex at 2400 North Tibbs Avenue to complement its group homes. It served 2,400 children in both residential and home-based settings and across 19 Indiana counties.

Just after this expansion, however, juvenile court placements plummeted. In 2000, state and local government cut funding for child welfare in half and juvenile courts quickly shifted orders to intensive in-home therapy both to cut costs and to keep families intact. Placements from counties outside of Marion County disappeared suddenly and the combination of high operating costs and loss of revenue forced PRCH into bankruptcy and it closed. In early 2001, the 90 children living in the Tibbs Avenue home and group homes relocated to either Lutheran Child And Family Services, RTC Resources, or back to their families.